This Easy Broiled Lobster Tail Recipe is ready in about 10 minutes and is tender, buttery and delicious! 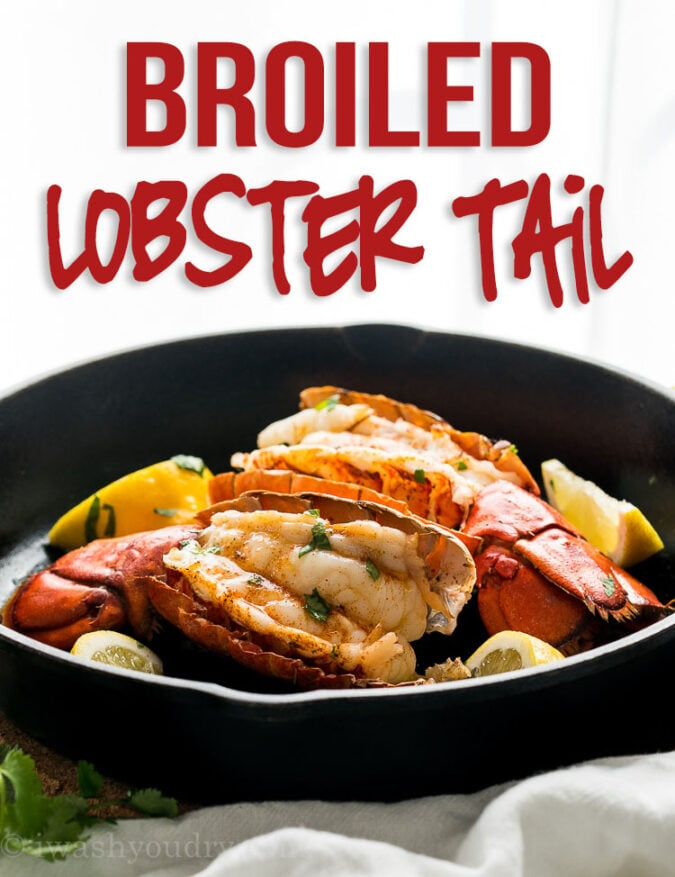 Don’t let those lobster tails scare you, they’re actually super easy to make and are a sure way to impress at the dinner table.

How To Cook The Perfect Lobster Tails In the Oven:

You’re going to want to pay close attention to the color of the lobster while it cooks. It should turn from opaque to white and start to curl in on itself slightly. 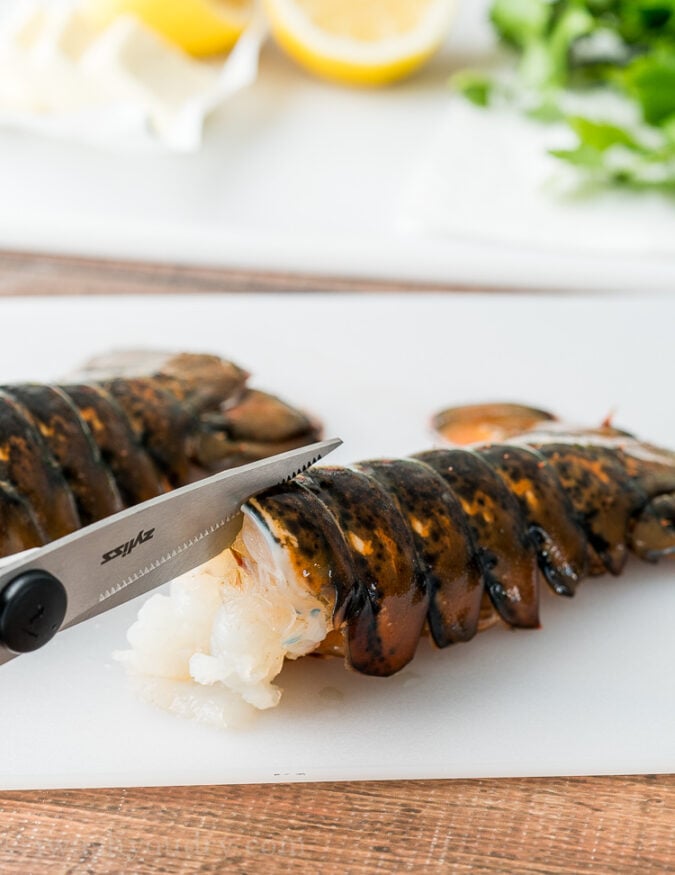 How to Butterfly a Lobster Tail:

Have you ever been to a restaurant and ordered a lobster tail and when it comes out the lobster meat is sitting on top of the tail? This pretty presentation is super easy to do! 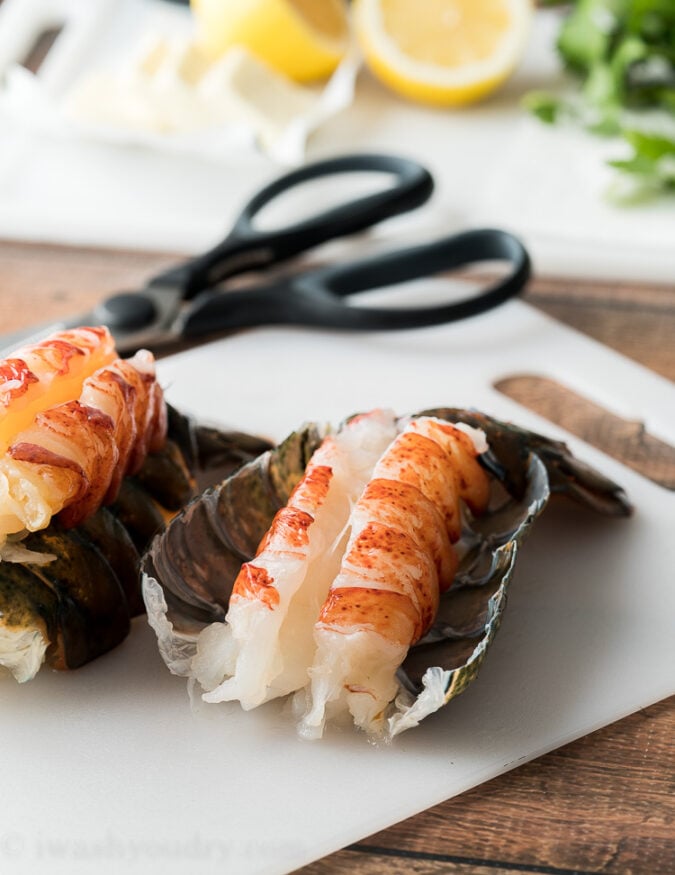 For this recipe, I just kept it simple, by leaving the lobster meat inside the tail. I like this way because the butter that I lay on top of the lobster before cooking seems to soak in better.

How Long To Cook Lobster Tails in the Oven? 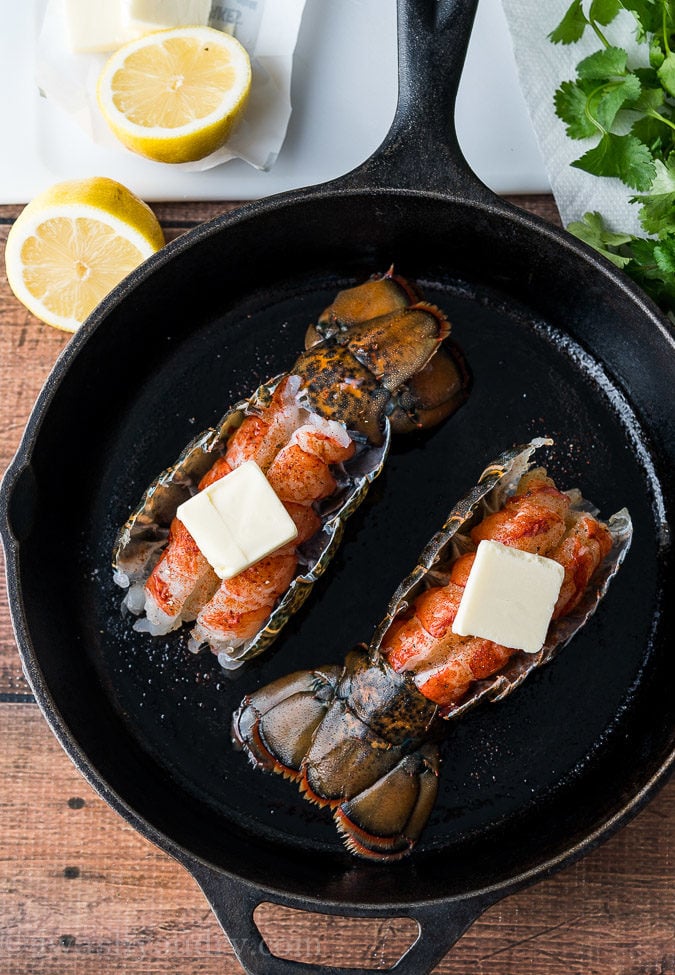 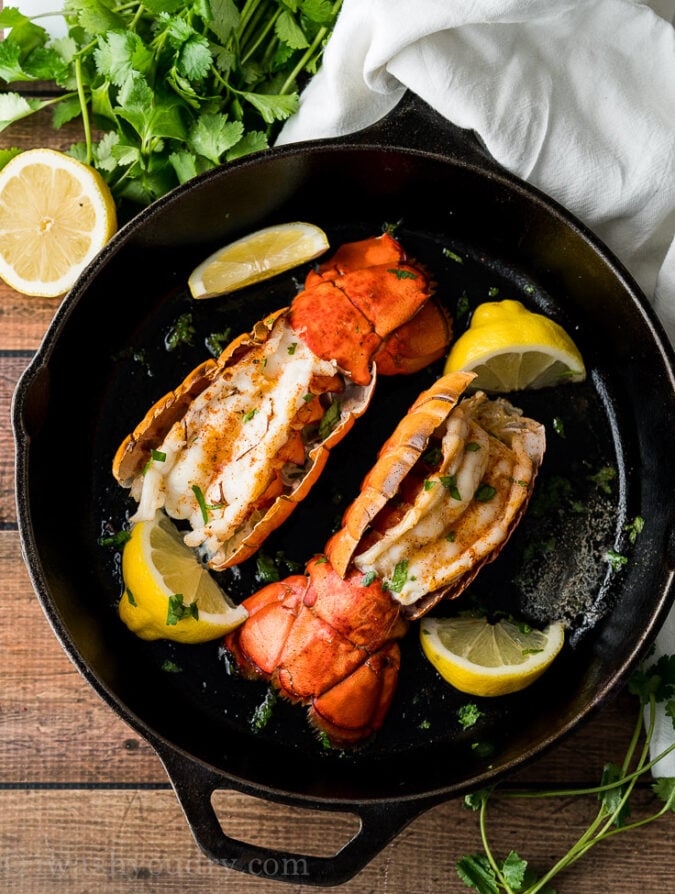 Once the lobster tails are cooked the shells will turn a bright red and the meat will be super tender and buttery!

Serve with a lemon wedge and garnish with a little parsley for a pretty presentation.

You’ll definitely want to make sure your lobster tails are thawed 100% before cooking, this will prevent uneven cooking in the lobster.

Unless you live on the coast, you’re most likely going to be working with either a previously frozen, or still frozen lobster tail. So how do you thaw the lobster tails quickly and efficiently? 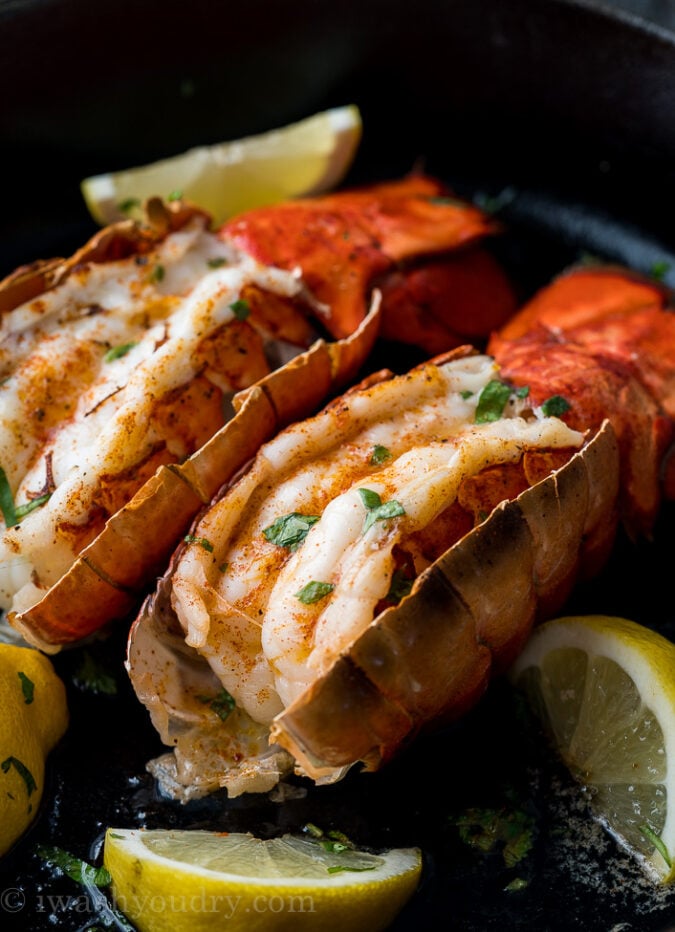 What Should I Serve With Lobster Tails?

Making an elegant dinner at home is easy with this simple and easy Broiled Lobster Tail Recipe, but what do you serve with the lobster? Try any of these delicious dishes to accompany your lobster dinner. 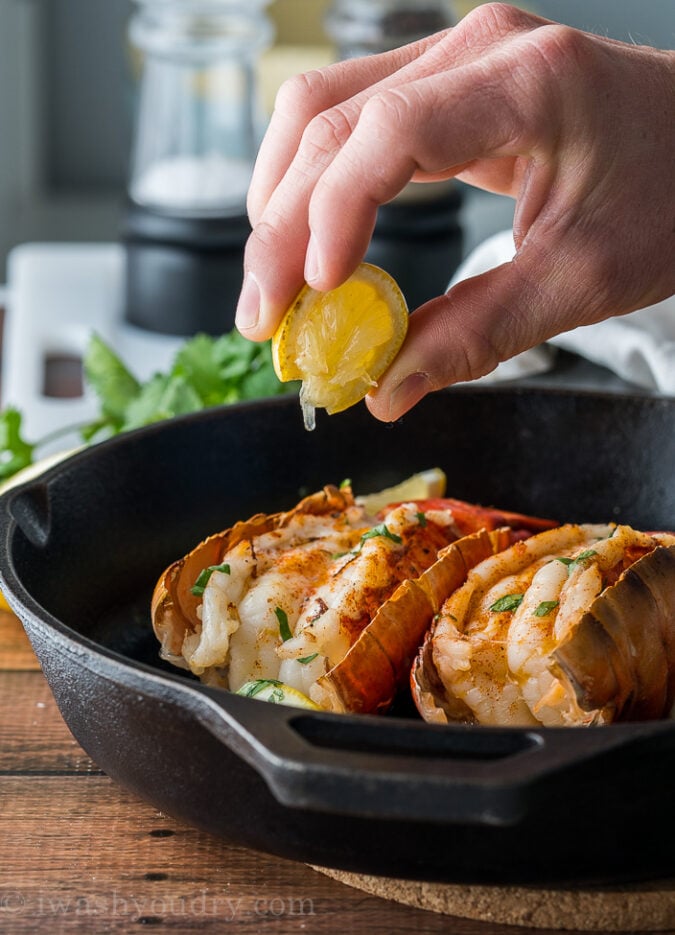 Skip the expensive restaurants and make your own Perfectly Broiled Lobster Tails at home! You’ll be shocked at how easy it is! 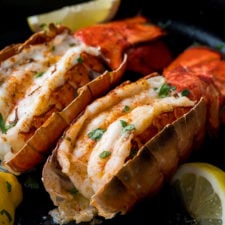