Make an impression with this Garlic Roast Beef Tenderloin Recipe. Super easy to prepare, yet tastes like a million bucks! 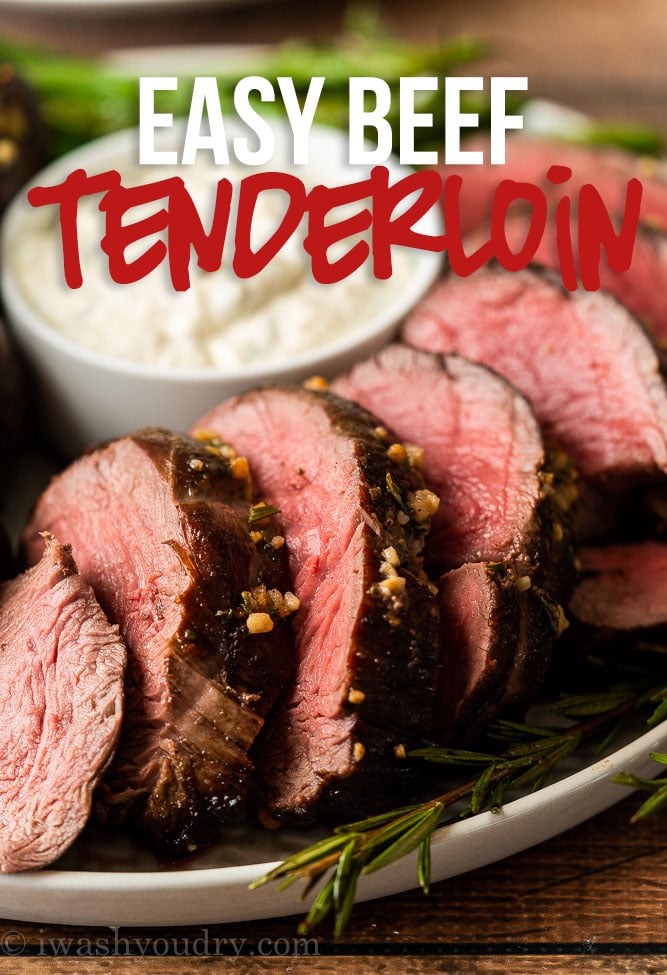 We love to make this special cut of meat for the holidays because it’s perfect for feeding a large amount of people and doesn’t require a ton of work. With just a little bit of prep, a good skillet and a probe meat thermometer, you’ll have a juicy cut of roast beef tenderloin that’ll make you close your eyes, do a little dance and smile with each bite.

What Is a Beef Tenderloin?

When properly cooked, it will melt in your mouth. And let’s face it, when you’re paying a pretty penny for some meat, you’ll want to make sure you’re cooking it right. 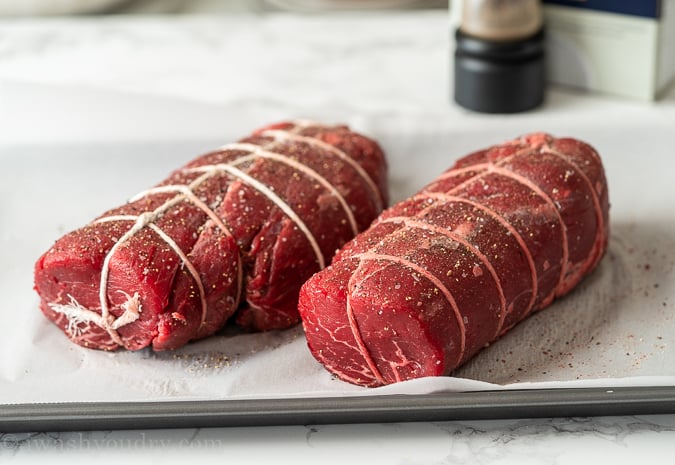 How To Prepare Beef Tenderloin

Video On How To Tie Beef Tenderloin: 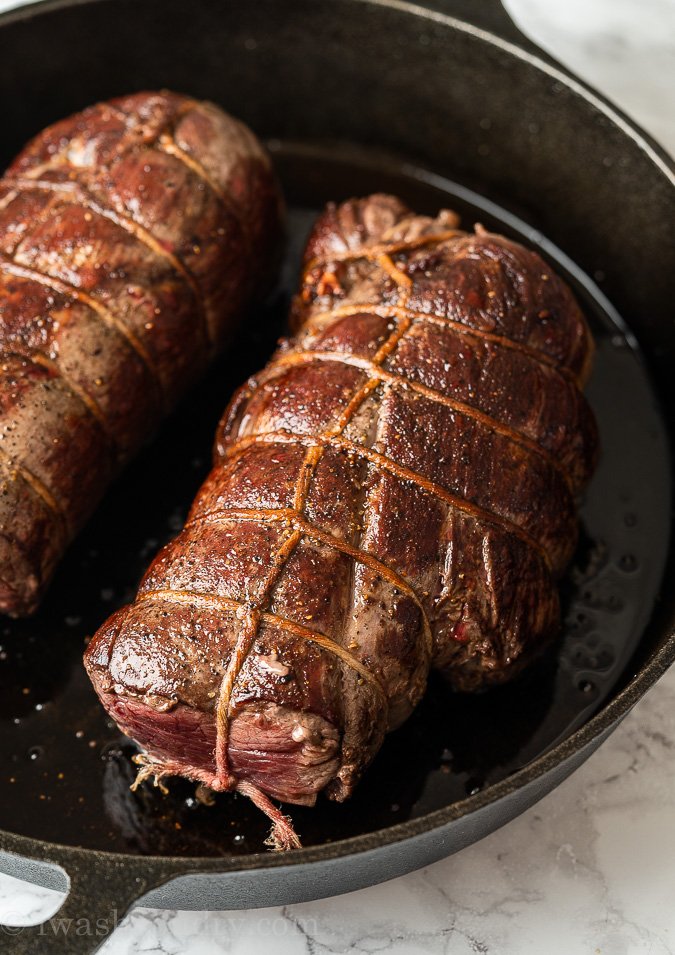 How To Cook Roast Beef Tenderloin 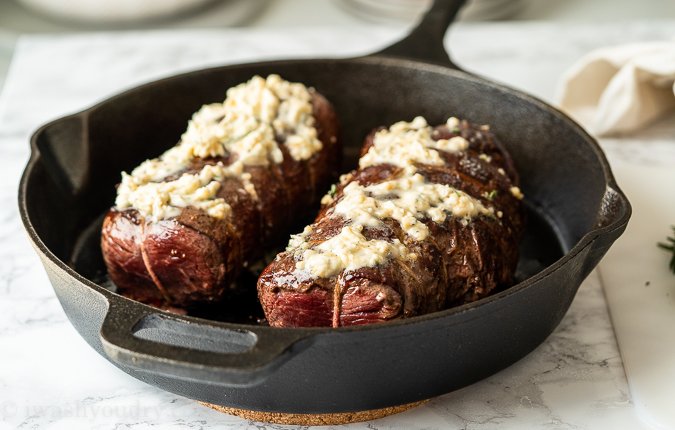 What Temperature To Cook Beef Tenderloin?

We’re roasting our beef tenderloin at a high temperature of 425 degrees F after we’ve seared it in a skillet. If you don’t have an oven-safe skillet yet, you can sear the beef tenderloin and then transfer it to an oven safe dish to finish cooking.

How Long To Cook Beef Tenderloin?

Searing the outside of the beef tenderloin should take about 12 to 15 minutes (about 3 to 5 minutes per side), followed by 20 to 25 minutes in the oven for a total of about 40 to 45 minutes. After it’s finished cooking, you’ll want to let it rest for about 15 minutes, where it’ll still rise in temperature but allow the juices inside to settle and redistribute. 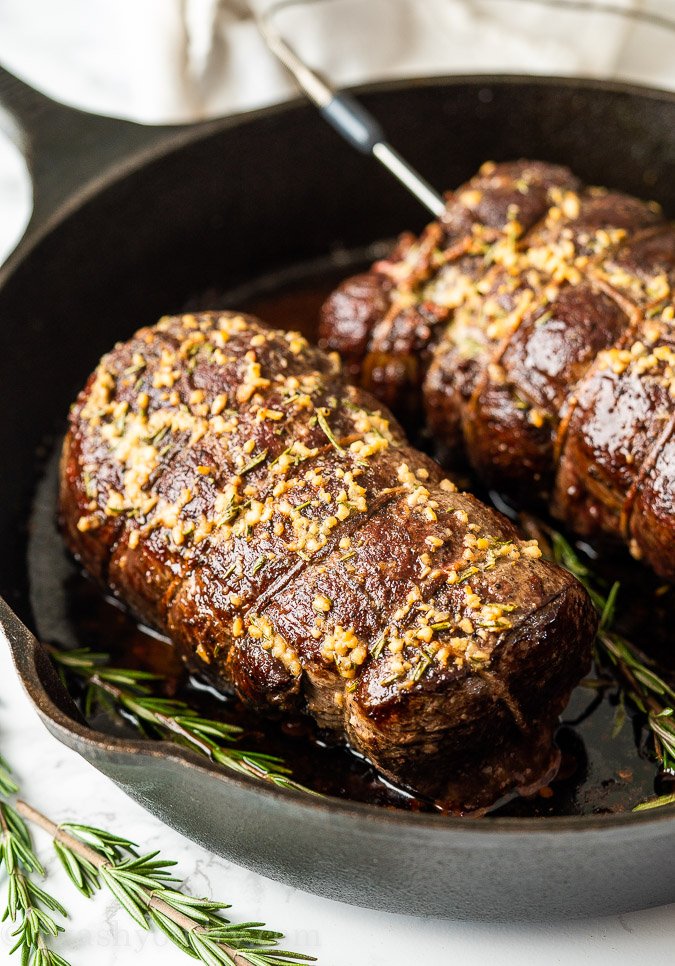 What Temperature Should Beef Tenderloin Be?

The worst thing you can do is overcook a pricey cut of beef. Ideally you should cook it to a nice medium-rare or medium. The higher the internal temperature, the more tough the meat will become. My biggest suggestion is to use a digital probe thermometer for accurate cooking.

Here is a good chart to go by.

PRO TIP: Keep in mind that the internal temperature will continue to rise about 5 to 7 degrees after being removed from the oven. 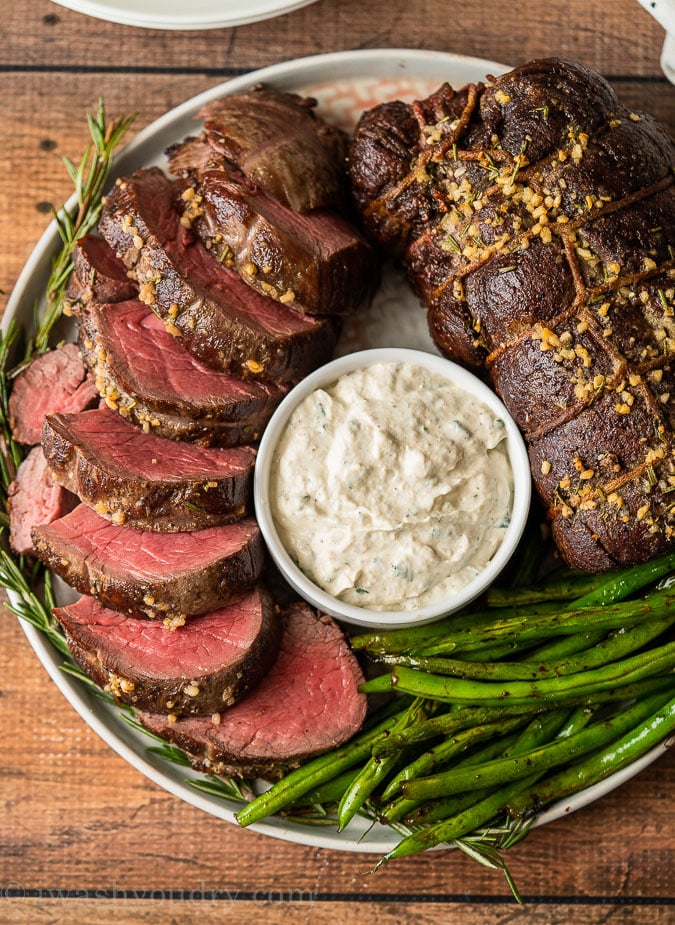 What To Serve with Beef Tenderloin 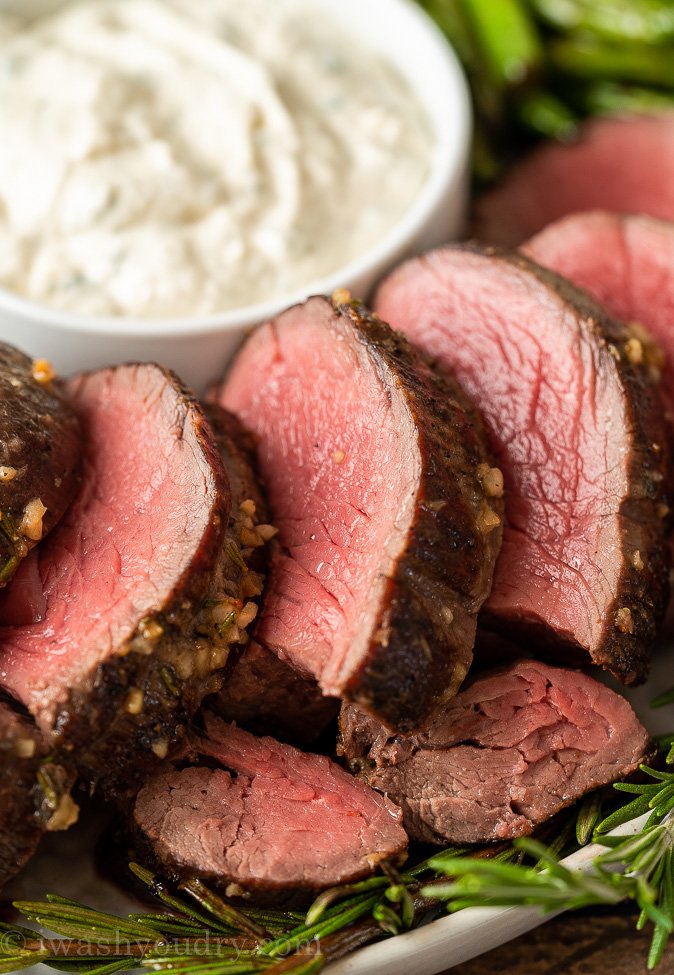 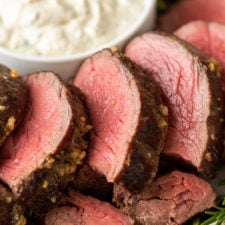 This delicious cut of beef tenderloin is seared on the outside to give it a delicious crust then roasted to perfection, for a melt-in-your-mouth experience.
Prep Time15 mins
Cook Time40 mins
Total Time55 mins
Course: Main Dish
Cuisine: American
Servings: 10
Calories: 564 kcal
Author: Shawn

The Day Before Cooking (*optional):