Try pairing this delicious soup recipe with my Homemade Rolls or 2 Ingredient Dough Garlic Breadsticks for a complete meal. 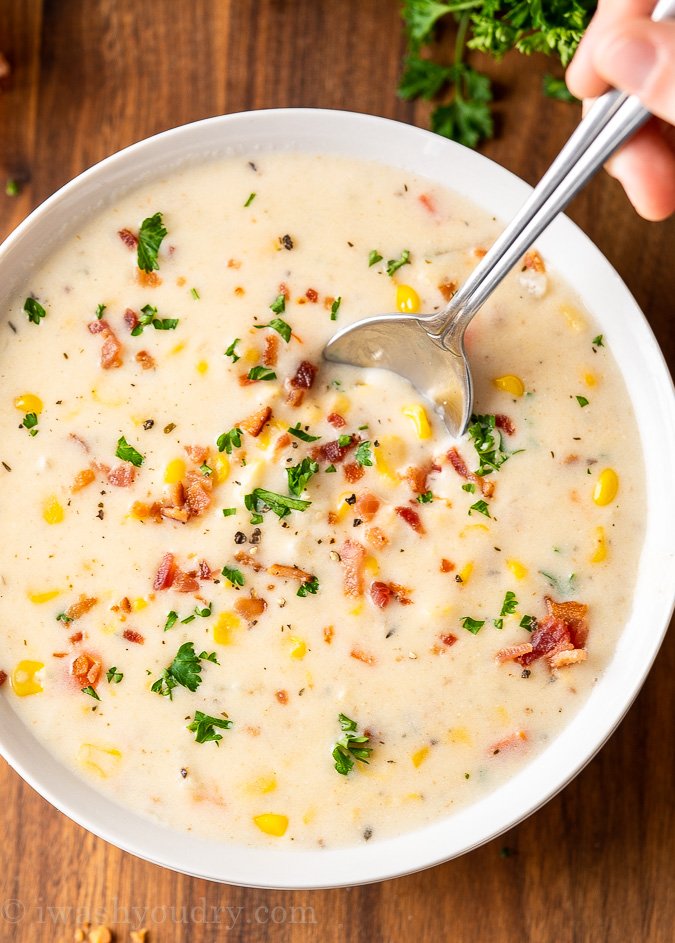 We’re huge fans of this creamy corn chowder recipe! It’s the perfect soup for a cold evening, or even better when made with fresh summer sweet corn.

Either way you make it, you’re sure to love the flavors and my time-saving tips!

Here’s a basic list of the ingredients you’ll need in order to make this Instant Pot Corn Chowder. As always, you can find the full, printable recipe in the box below. 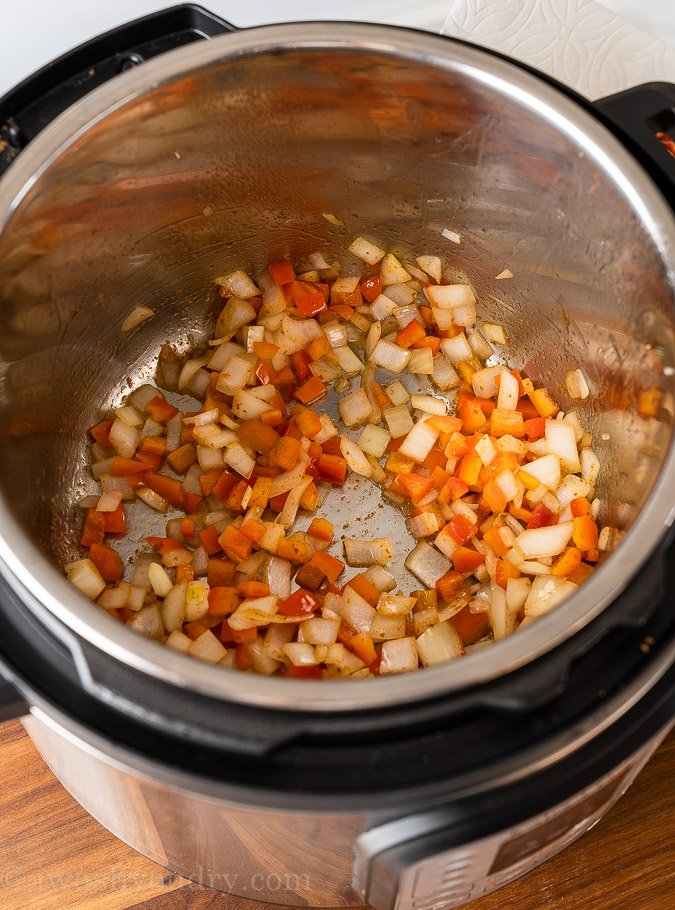 I love this easy corn chowder recipe because it uses basic ingredients that I keep on hand at all times, which makes it a quick dinner solution for those busy weeks.

How To Make Corn Chowder in the Instant Pot

Making a chowder in the instant pot is actually quite easy, but a little backwards compared to how you would typically make it on the stove top.

Since the pressure cooker works by boiling liquid, which creates steam to build pressure, we don’t want to use anything creamy or cakey (with flour) to start. Creamy ingredients tend to create a film on the bottom of the pot when boiled, which could end up giving you the dreaded “burn” notice when you’re trying to build pressure.

To remedy this, we start the pressure building with just broth or water. In this case – chicken broth. 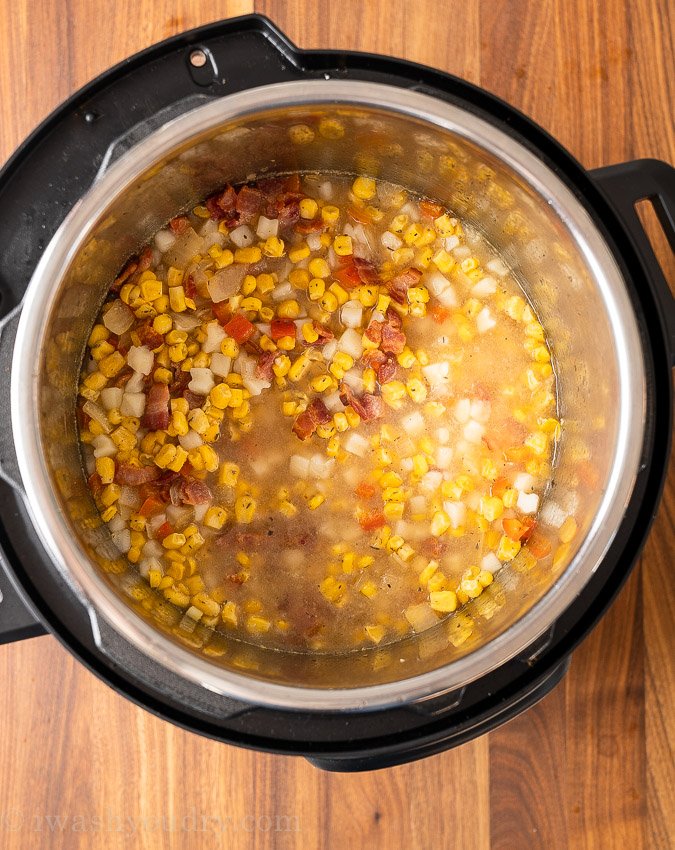 I love using the frozen diced potatoes and frozen corn because it majorly cuts down on prep time and makes this chowder come together so fast!

The frozen potatoes tend to just melt away into the chowder creating a creamy base that’s to die for.

How To Thicken Corn Chowder

Once you’ve release the pressure from the instant pot, now you’re ready to add the finishing touches to your chowder – the creamy base!

You’ll notice that it’s already well on it’s way to being creamy, with the potatoes melting away into the soup. Now all that’s left is to add the half and half mixture.

Adding this flour mixture (roux) to the soup after it’s cooked in the instant pot will create a delicious, thick chowder base.

PRO TIP: If you want to make it even more creamy, try adding in a cup of shredded cheddar cheese. 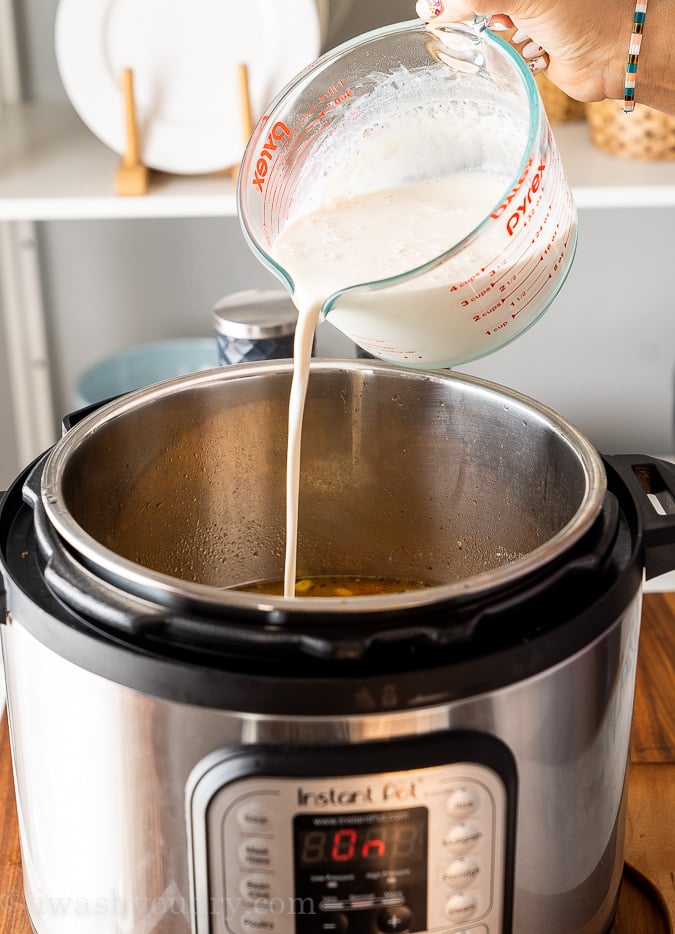 Now that you’ve let your soup simmer for a few minutes it should be nice and thick.

Since we’re using a salty bacon and a broth of your choosing, it’s best to taste the soup and season with more salt to your preference.

Remember – potatoes tend to absorb a lot of salt, so make sure to taste as you go, and don’t be afraid to season a little extra!

Can You Freeze Corn Chowder?

Have corn coming out of your ears?? If you’re wanting to make tons of this delicious chowder and then freeze for later, it’s very possible.

However, you’ll need to keep some things in mind… 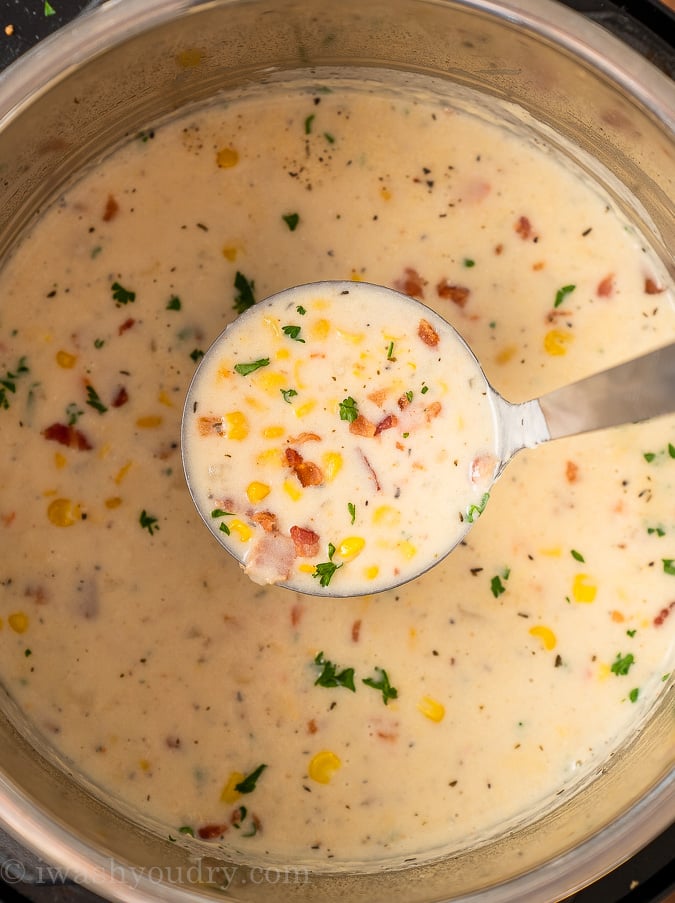 What To Serve With Corn Chowder

Corn chowder is great for a quick weekday lunch or dinner. Here are some of our favorite things to pair with this filling soup.

Craving more delicious soup recipes that are made in the instant pot? I’ve got you covered with these tasty dishes… 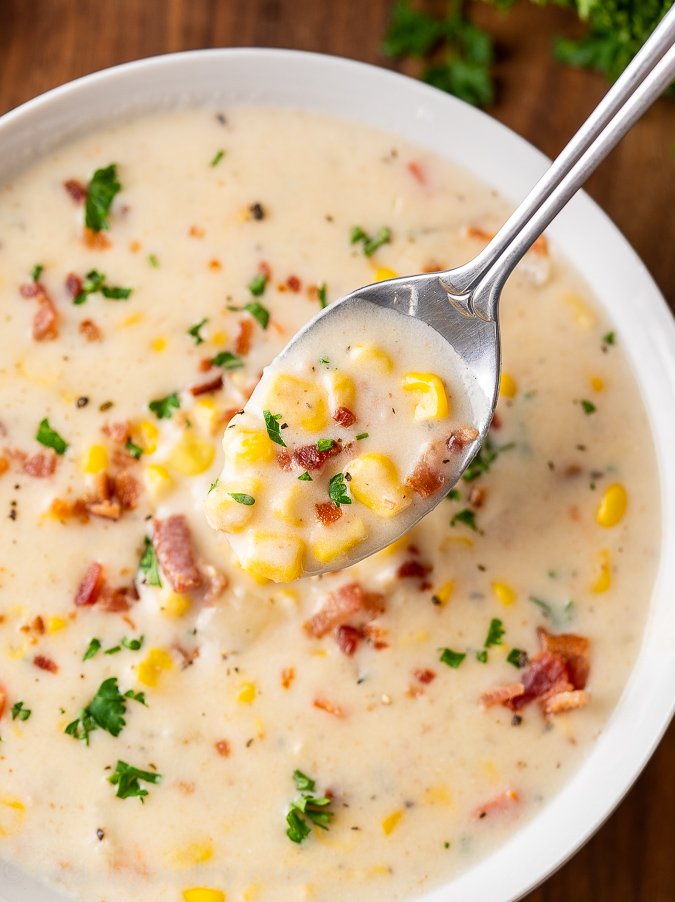 If you’re new to the Instant Pot, I have several pressure cooker recipes that are quick and simple, just like this chowder.

You can find all the instant pot recipes HERE! 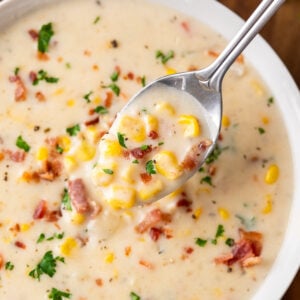 *If using dried thyme, reduce to just 1 tsp.  FRESH CORN - use about 5 cups of fresh cut corn in place of frozen.