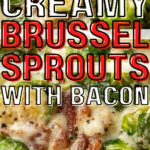 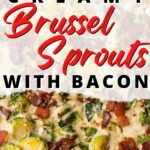 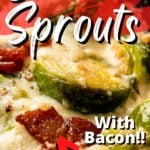 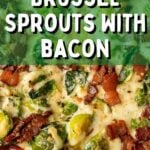 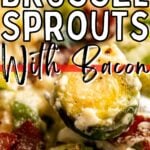 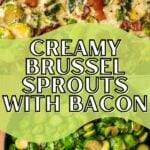 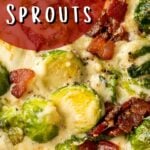 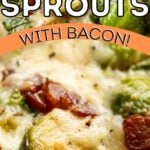 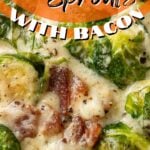 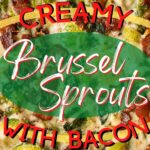 These Creamy Brussels Sprouts with Bacon are a quick and easy side dish that’s filled with cheesy goodness and loads of crispy bacon!

We love serving this warms and cozy side dish alongside my Garlic Herb Prime Rib, Roasted Beef Tenderloin, or with my Juicy Baked Chicken Breast. 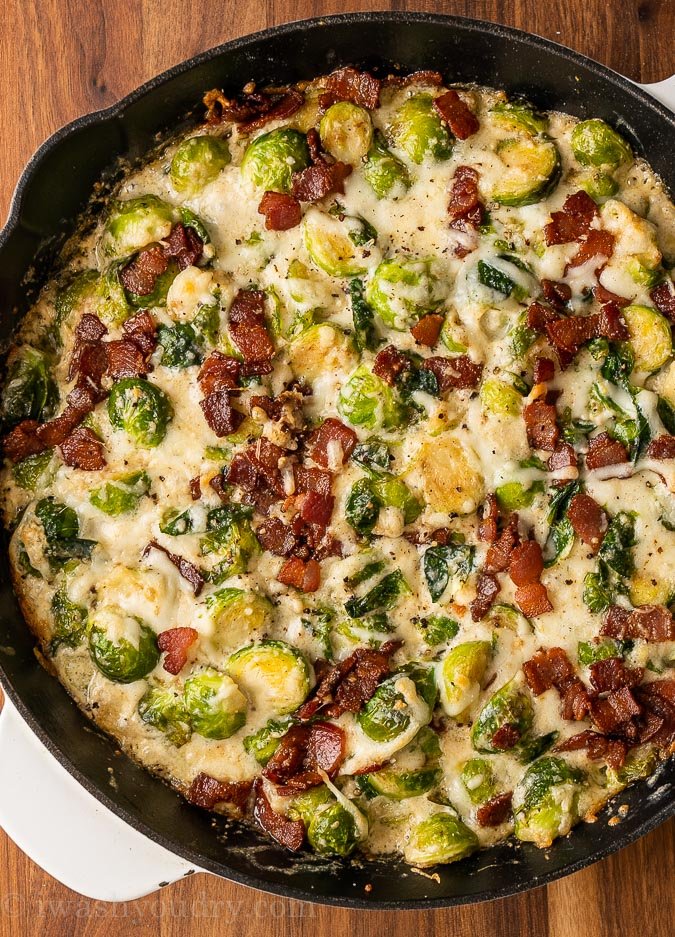 Over the holidays we’re making this cozy dish on repeat. It’s definitely a full flavored side dish, filled with heavy cream, cheese, butter and bacon… but it’s sooooo good, it’s hard to resist.

This recipe is actually quite simple to make, and easy to adapt with different ingredients. It’s also very Keto-diet friendly!

Here is a basic list of the ingredients you’ll need to make this recipe. As always, you can find the handy printable list in the recipe box below! 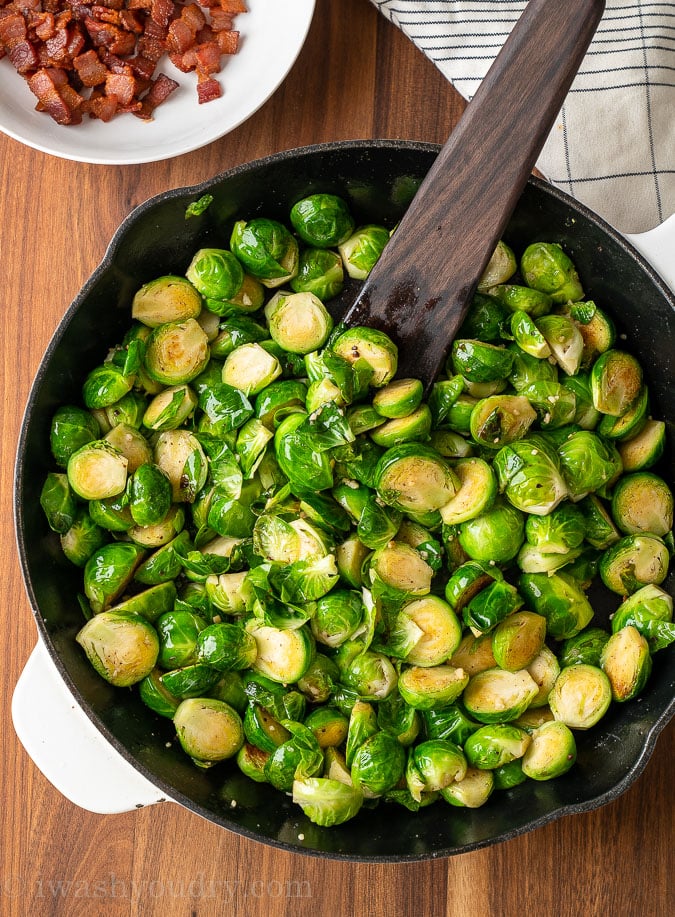 How To Make Creamy Brussels Sprouts

The most time-intensive part of this recipe is going to be trimming and slicing the Brussels sprouts.

PRO TIP: When I’m preparing this side dish for a dinner, I’ll cut the Brussels sprouts ahead of time and cover them in the fridge until I’m ready to use them. 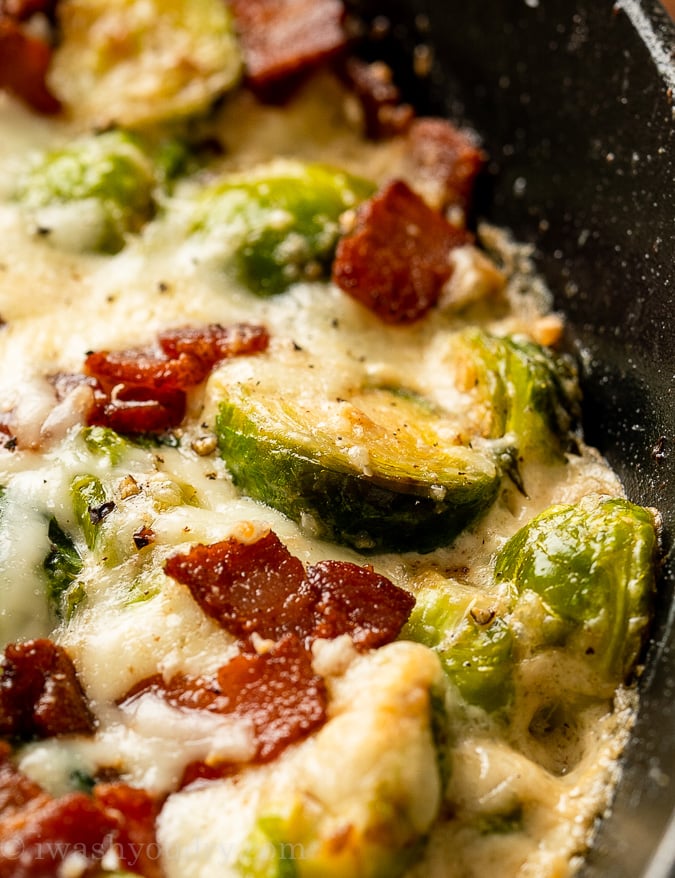 Your family is going to LOVE this creamy and cheesy dish. Here are a few of my best tips and tricks to make it a success every time. 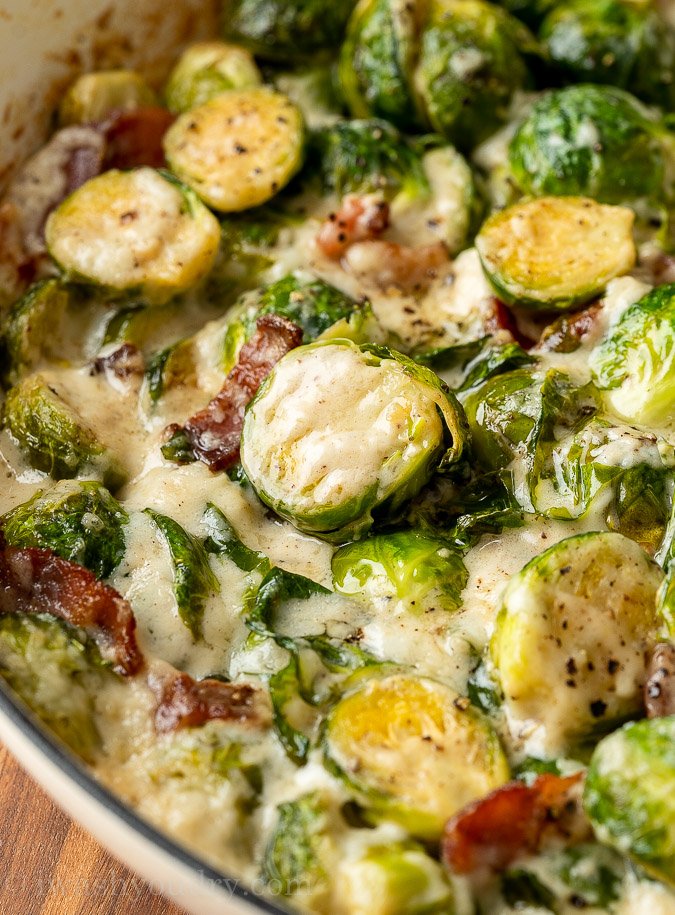 Craving more Brussels Sprouts? I’ve got you covered with these outrageously delicious ways to prepare that tiny green vegetable! 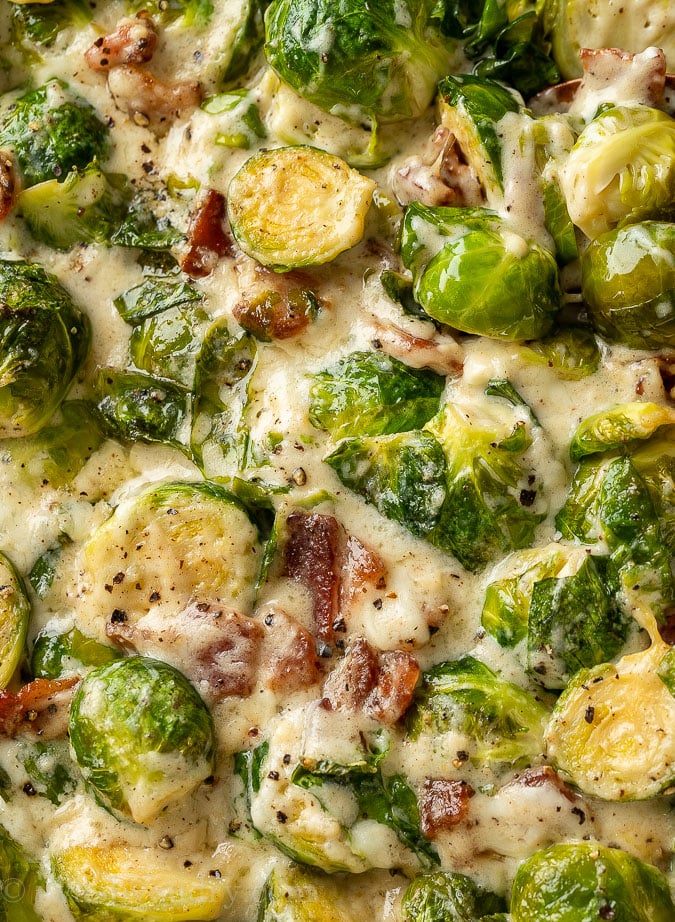 I can’t wait for you to give this easy recipe a try! 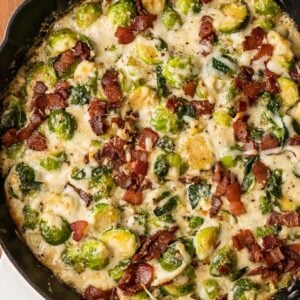