These Cinnamon Roll Pancakes are rich and sweet with a delicious brown sugar swirl in each bite. The vanilla cream cheese glaze that covers the top is like liquid gold.

If you’re looking for a breakfast that will knock your pretty little socks off- this is it. 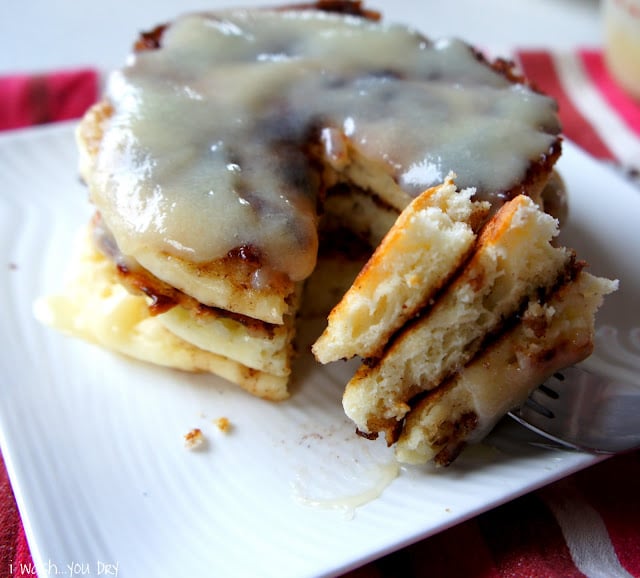 These delicious cinnamon roll pancakes are a combination of my Classic Pancake Recipe and the fun of a Cinnamon Roll, all wrapped up in a fluffy pancake!

Here’s the basic list of ingredients you’ll need in order to make these Cinnamon Roll Pancakes. As always, you can find the full printable recipe located in the recipe card below. 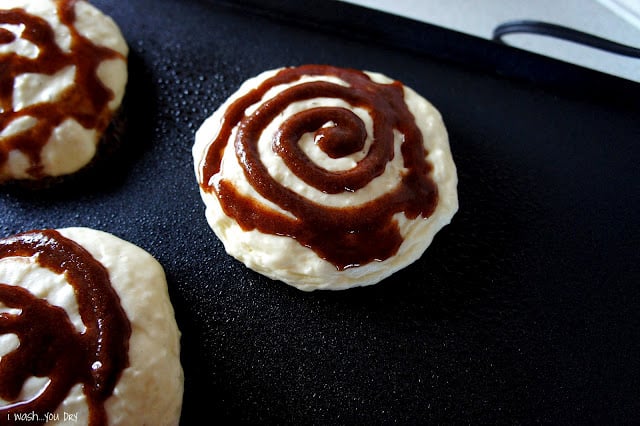 How To Make Cinnamon Pancakes

There are few simple steps to take in order to make these delightful pancakes.

MAKE PANCAKE BATTER   Mix up the classic pancake batter until it’s just combined. Try to not over-mix or you can end up with tough pancakes

MAKE CINNAMON SWIRL   Combine the ingredients for the cinnamon swirl and place in a zip-close bag and snip off the corner for easy swirling.

COOK PANCAKES   Pour the pancake batter on a hot griddle and quickly swirl the cinnamon brown sugar filling like a cinnamon roll. Once bubbles start to appear on the pancake, go ahead and flip it over to finish cooking. 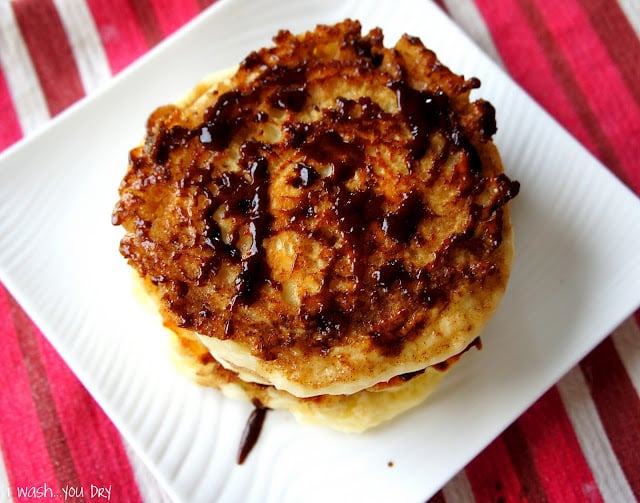 FINISH WITH A GLAZE   Topped with the cream cheese glaze and you’ll have the real-deal cinnamon roll effect. It’s nuts how amazing these things are! My kids were going crazy!

What To Serve With Pancakes

You can never go wrong with a side of fresh cut fruit when serving pancakes. Here are some other delicious pancake sides… 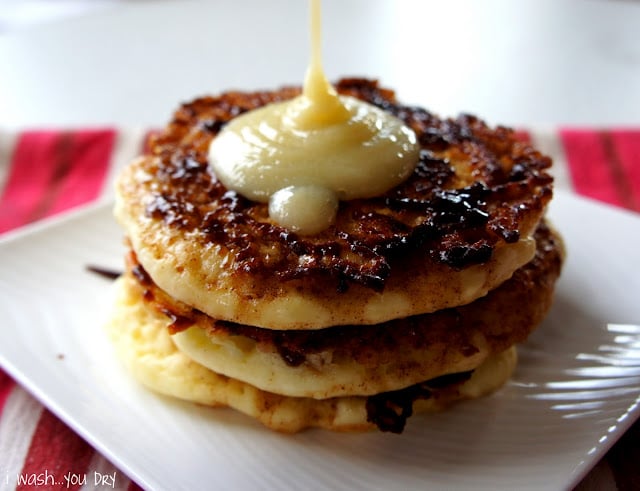 Got that craving for delicious cinnamon rolls? I’ve got you covered with these tasty recipes…

I can’t wait for you to give these fun Cinnamon Roll Pancakes a try! I know you’ll love them! 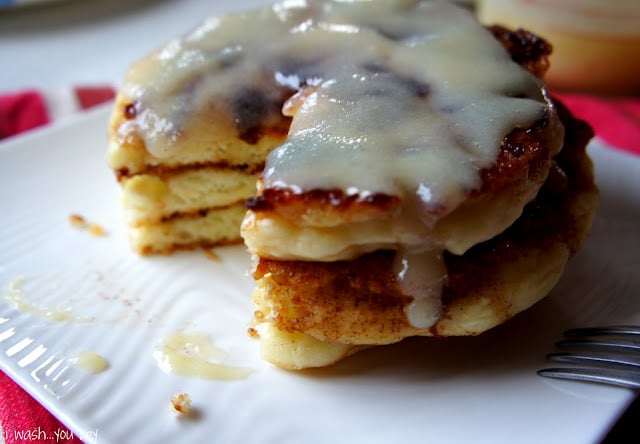 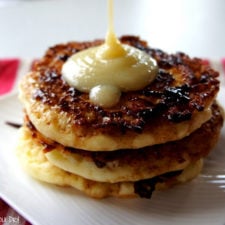 For the Cinnamon Swirl:

For the Cream Cheese Glaze:

For The Pancake Batter

For The Cinnamon Swirl