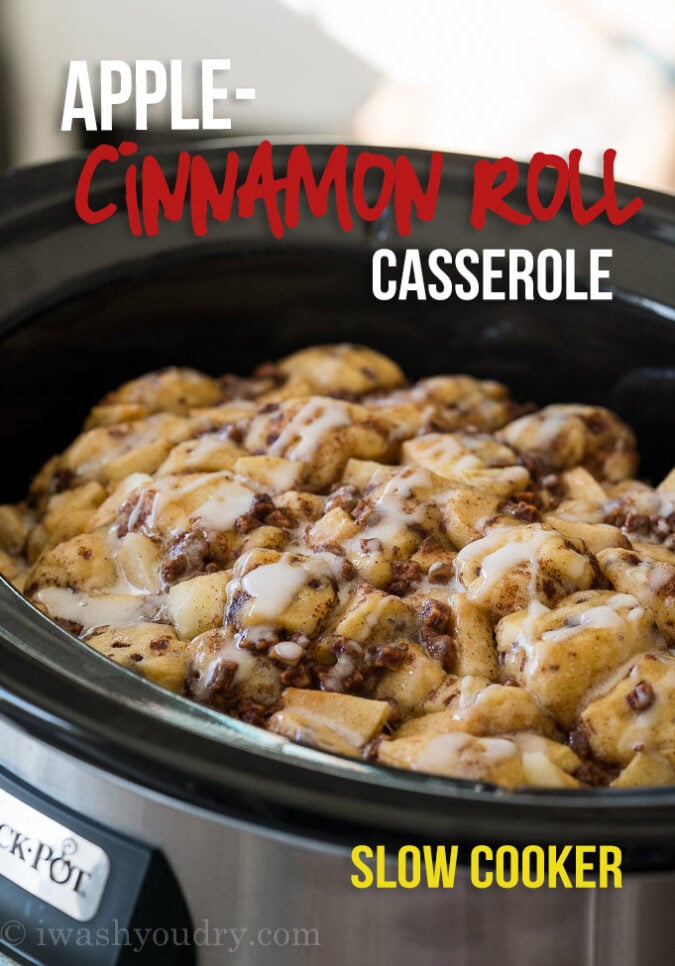 I’m super excited to partner with McCormick on this warm and gooey breakfast casserole recipe! You’re going to love how easy this comforting and sweet breakfast bake is to make with it’s warm spices and delicious apple flavors!

Imagine waking up to the smell of freshly baked cinnamon rolls and sweet apples. Now stop imagining, and make it a reality with this super easy recipe! 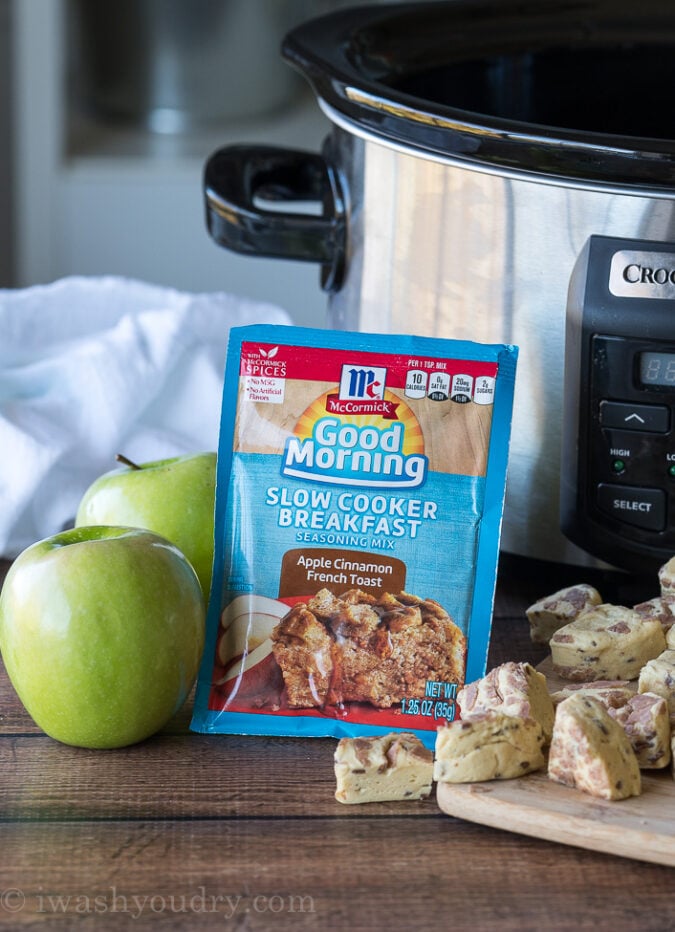 I’m obsessed with McCormick’s new Good Morning slow cooker breakfast seasoning mixes! They’ve got you covered with two sweet versions, including this Apple Cinnamon French Toast flavor and two savory versions that take your eggs to the next level. 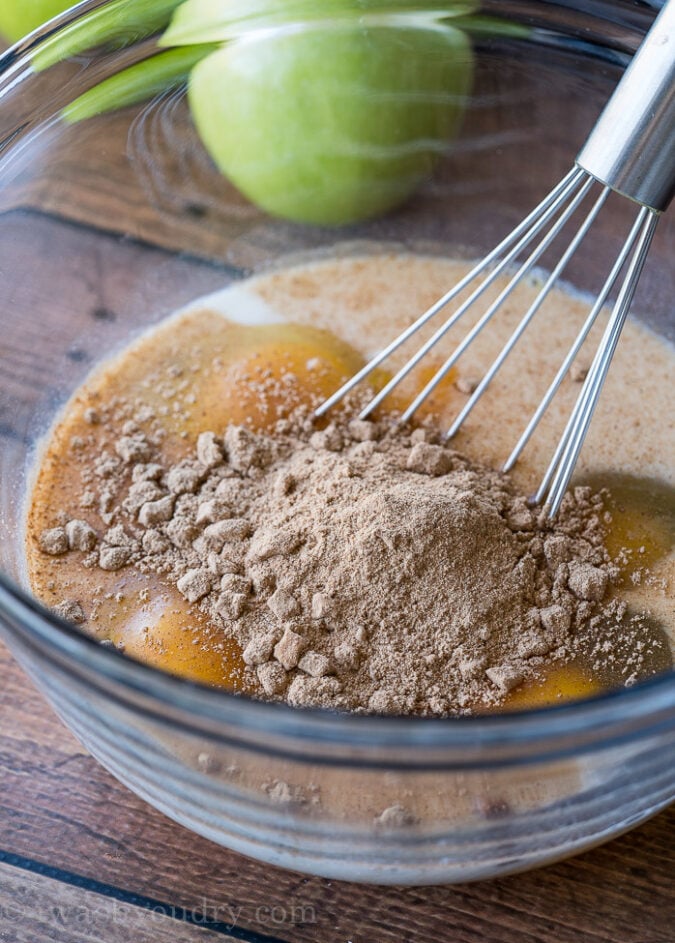 Once you open the package of seasoning you can instantly smell the brown sugar and spices! There are little bits of dehydrated apples mixed in with the spice blend which give it that delicious apple flavor.

I wanted to really bring out the apples so I added a cup of diced Granny Smith Apples to my diced up cinnamon rolls before lining my slow cooker. The apples bake up perfectly tender alongside the fluffy cinnamon rolls. YUM! 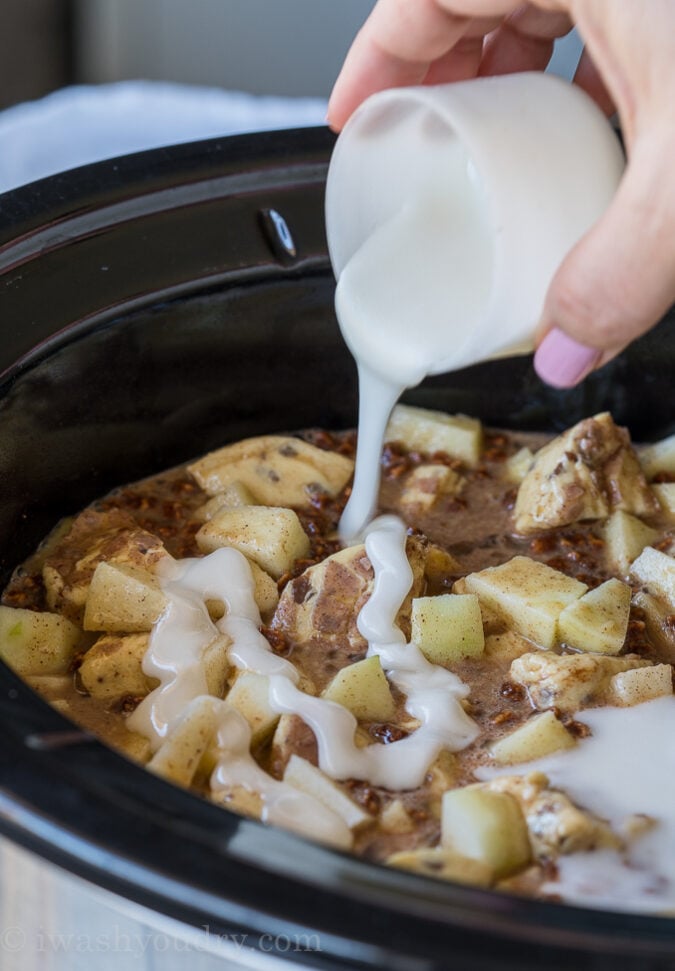 How To Make Cinnamon Rolls In the Crock Pot

This Slow Cooker Apple Cinnamon Roll Bake only takes about 2 1/2 hours to bake, so you could pop this in your crock pot first thing in the morning and enjoy it for breakfast for brunch.

Or… if you’re like our family, this also makes a super delicious dessert! 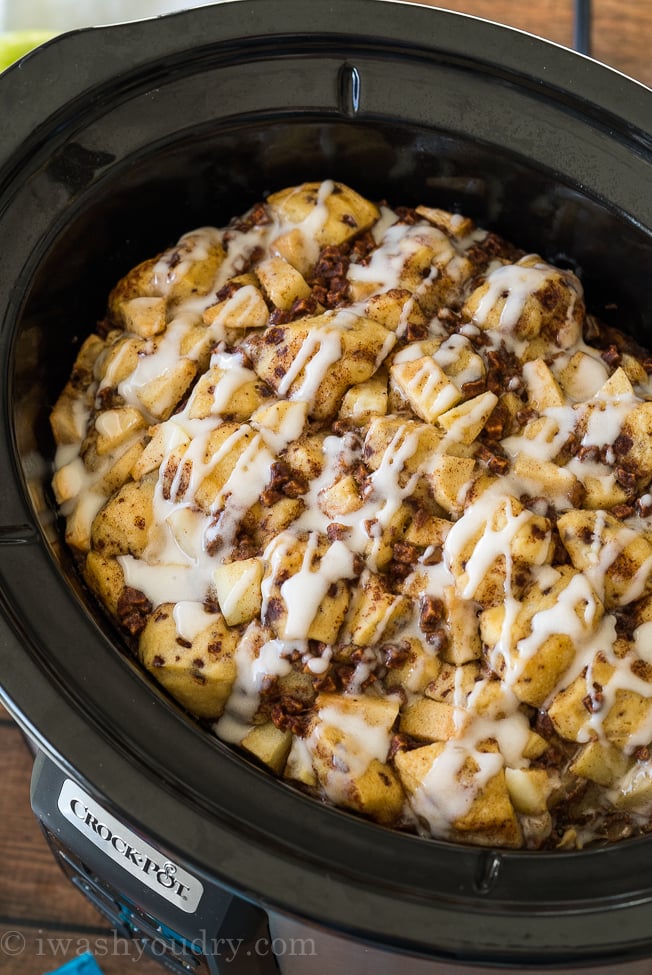 Once the cinnamon rolls are cooked through, use the remaining icing packet and drizzle over the top.

I’m serious guys, this stuff is so addictive. I especially love how I didn’t have to worry about measuring all the different spices since McCormick’s spice mix covered that for me!

UPDATE: The seasoning packet from McCormick has been discontinued, but I’ve adjusted the spices in the recipe card below. 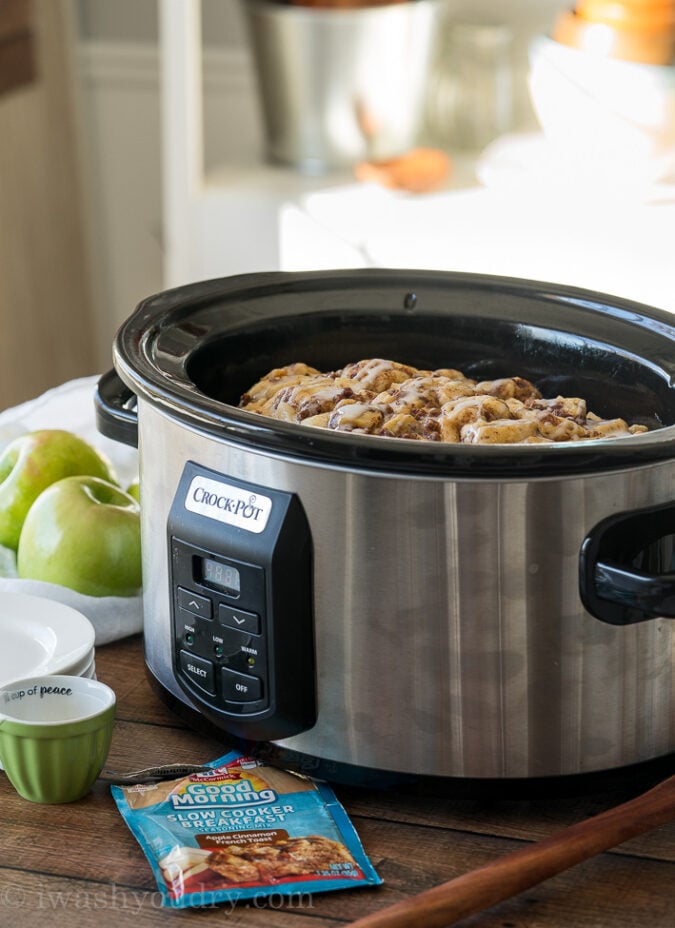 I’m already planning on making this for Christmas morning. I’m sure we’ll be waking up before the sun (hello little children), so while the kids are brushing their teeth and making their beds, I’ll quickly throw this together.

Then we’ll enjoy the morning opening gifts, sharing memories and laughs, all followed up by a delicious breakfast that my whole family loves. 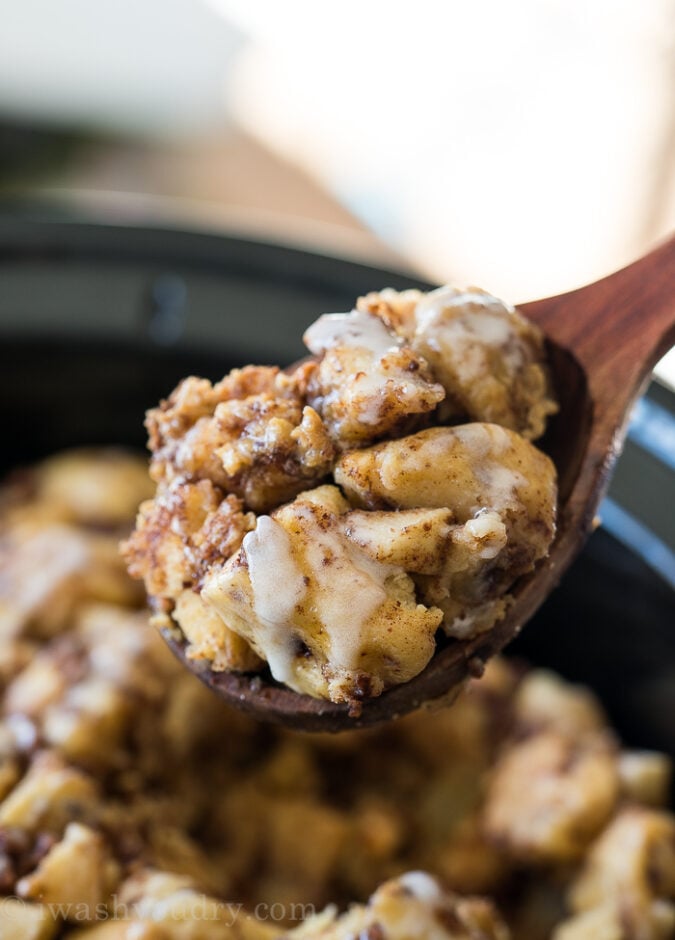 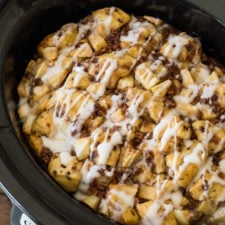 *UPDATE 12/12/19: Seasoning packets have been discontinued. I've updated the recipe to reflect the correct spices to use in place of the packet.

Disclosure: This post is in partnership with McCormick. All thoughts and opinions are 100% my own. Thank you for supporting the brands that help make I Wash You Dry possible.