Cool, creamy and an irresistible no-bake dessert, this Pineapple Fluff Pie has it all! 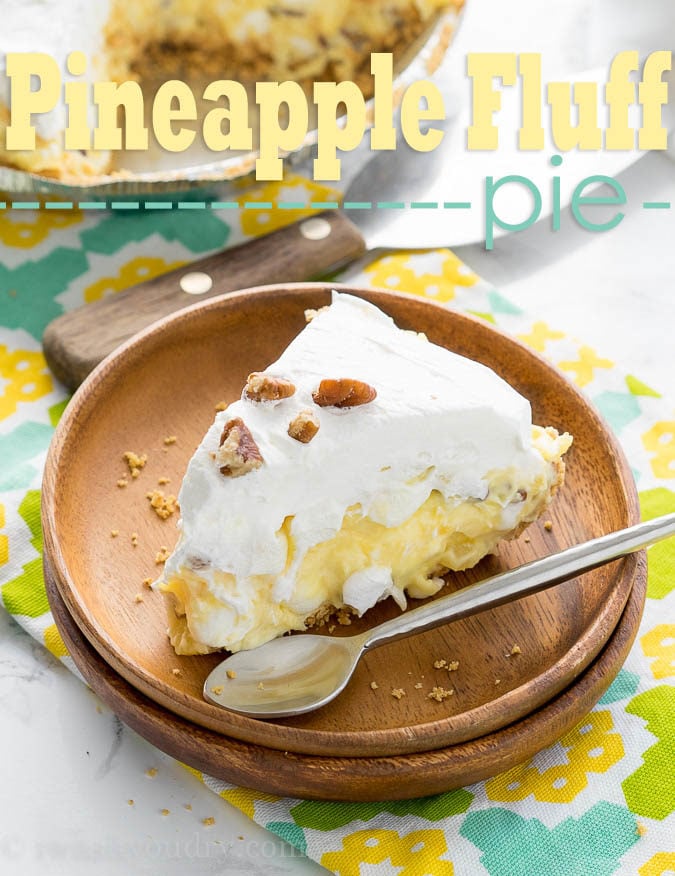 Have you ever had Pineapple Fluff?

It’s that pudding/cool whip based dessert that’s filled with crushed pineapple, marshmallows, coconut and pecans. It’s cool and refreshing and is ALWAYS the first to go at our family BBQ’s!

Not going to lie, I usually take a large helping for myself! 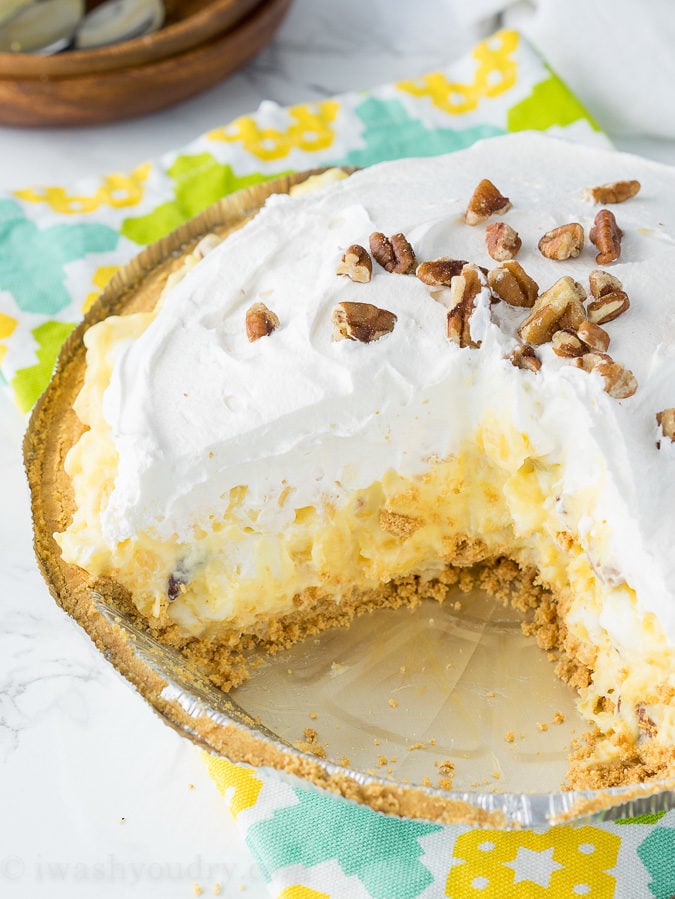 I tweaked the classic recipe just enough to make it one out-of-this-world sliceable pie!

A typical pineapple fluff uses vanilla instant pudding mix and stirs in shredded coconut, but for this pie I just went ahead and used the coconut cream pie instant pudding mixes instead! I also stirred in a cup of sour cream to give it that extra creamy base.

The pineapple and coconut pair perfectly together and give this pie a tropical taste! 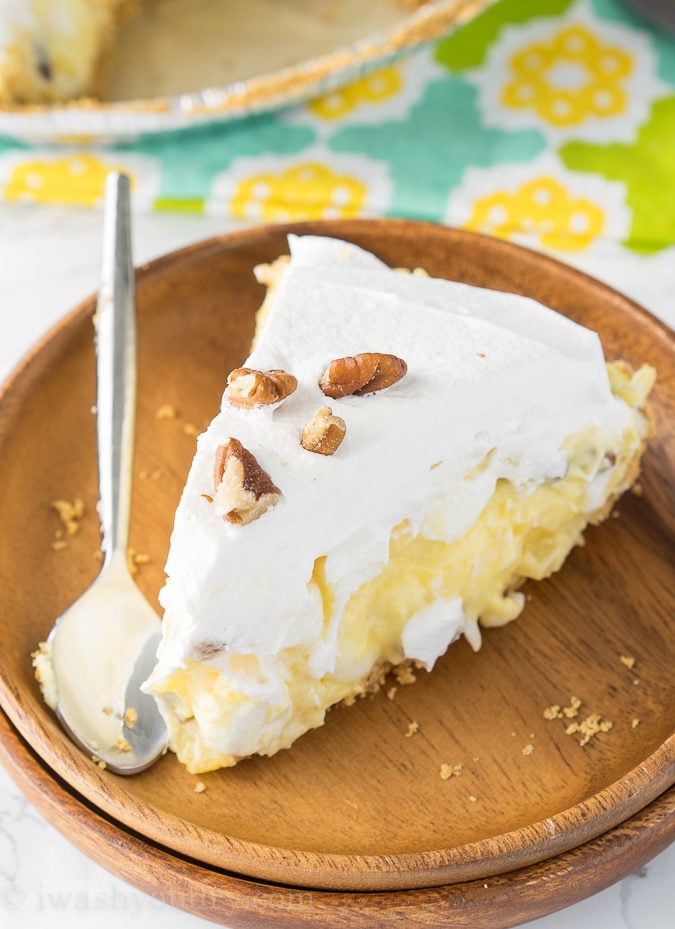 Then, since pineapple fluff isn’t complete without a bunch of miniature marshmallows tossed in, I went ahead and added those along with a handful of chopped pecans.

Then I topped the whole thing with a layer of creamy cool whip! Wouldn’t it be sure cute with a bunch of maraschino cherries on top too?!

Talk about a mouthful of flavor! The crunchy pecans and squishy marshmallows are nestled in to the cool and creamy pudding and pineapple mixture. 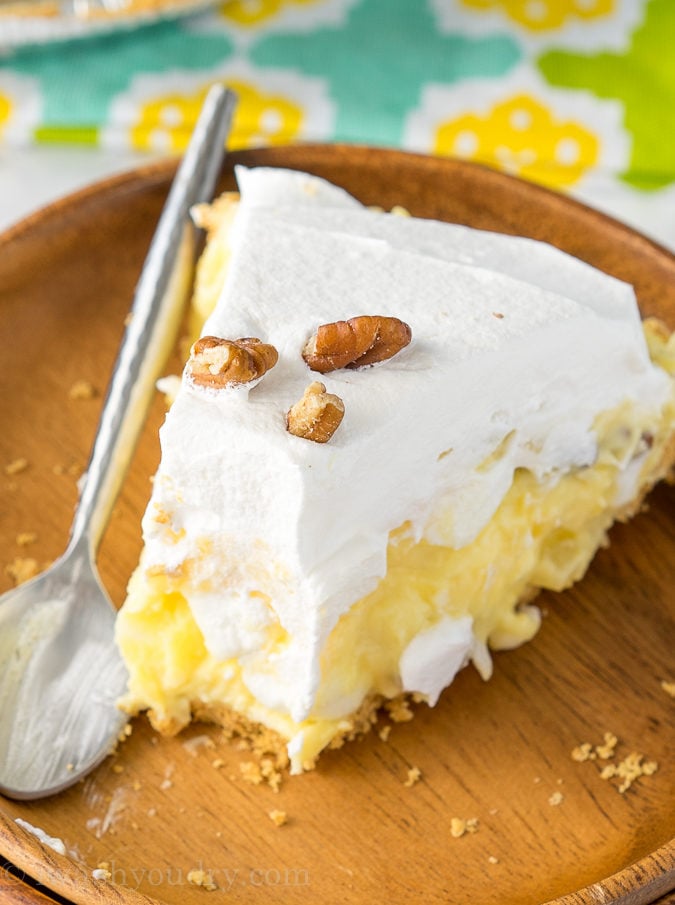 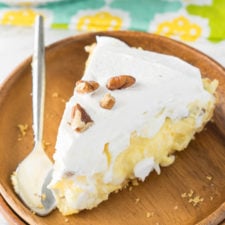