If this Maple Peach Tart is the last thing I eat on Earth, I will be totally happy. 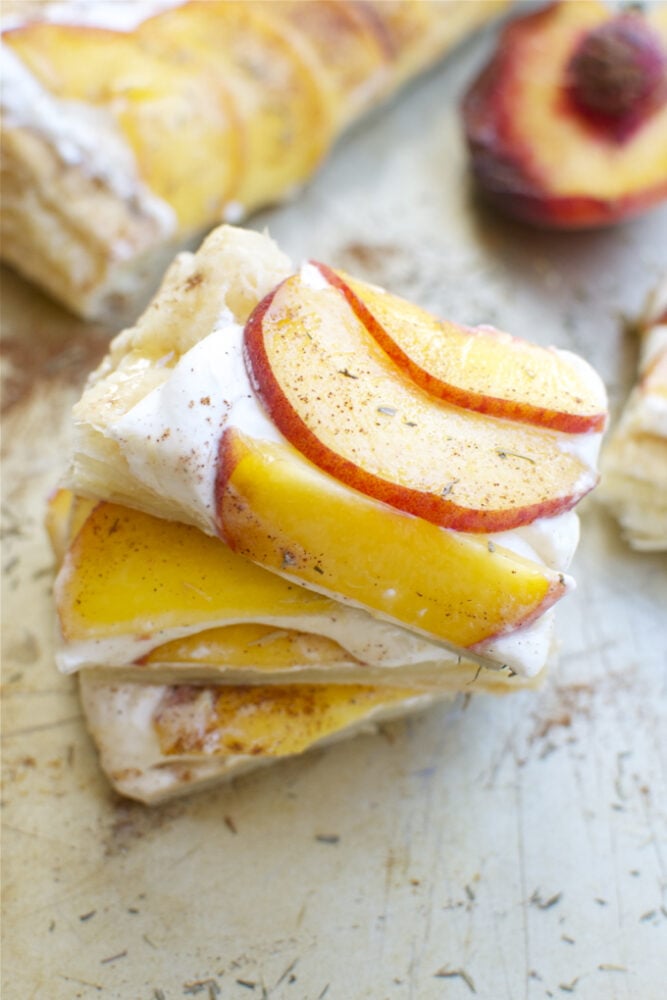 It’s that good. I swear. I am so over the moon about this recipe because the flavor is insane and it’s incredibly easy to make. You don’t really have to do any “real” baking here…just some mixing, a little slicing and a little sprinkling.

I used frozen puffed pastry for the crust because semi-homemade desserts are amazing. We don’t all have time to make our own dough even though we would love to. I had to wake up at 5:30am just to make this dessert before my sweet baby girl woke up – I have to say…it was well worth it!

So, frozen puffed pastry is one of those store-bought items that you want on hand, kind of like your favorite jarred pasta sauce – it makes everything so much easier but tastes homemade!

Just beware that when you bake it, it will PUFF up. It’s not called puffed pastry for nothin’. Simply let it cool and lightly press it down to flatten a bit so you can spread the creamy whipped cream all over it.

Yes, creamy whipped cream! Just a little heavy whipping, cream cheese, vanilla and maple syrup adds the most delightful layer of creaminess to this tart. This stuff is to die for! It’s silky and light and goes so well with the peaches.

It’s a great overall dessert dip for fruit, graham crackers or even on top of pie. Definitely a keeper!

You could totally devour this tart without the sprinkle of cinnamon and thyme, but I do suggest you add it for color and for flavor. Cinnamon…I mean come on. Cinnamon and peaches is everything. And the thyme? Yes, it may seem a little odd, but I like the earthy flavor it brings to the sweetness of the peaches, plus it’s a nice garnish. 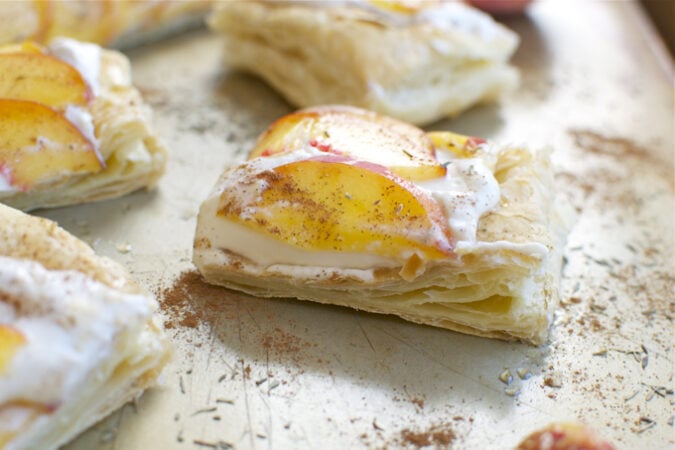 You have to make this – you will love it! 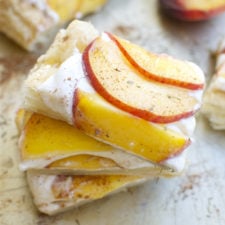 You can bake the puffed pastry ahead of time and make the whipped cream/cream cheese mixture ahead of time then assemble before you would like to serve.