These Crispy Instant Pot Pork Carnitas are super tender in a fraction of the time, and perfectly seasoned!

Carnitas are a pulled pork that is typically braised in the oven or slow cooker for hours, creating a tender piece of meat. With the help of the pressure cooker, you can have that same tenderness and juicy flavor in a fraction of the time! 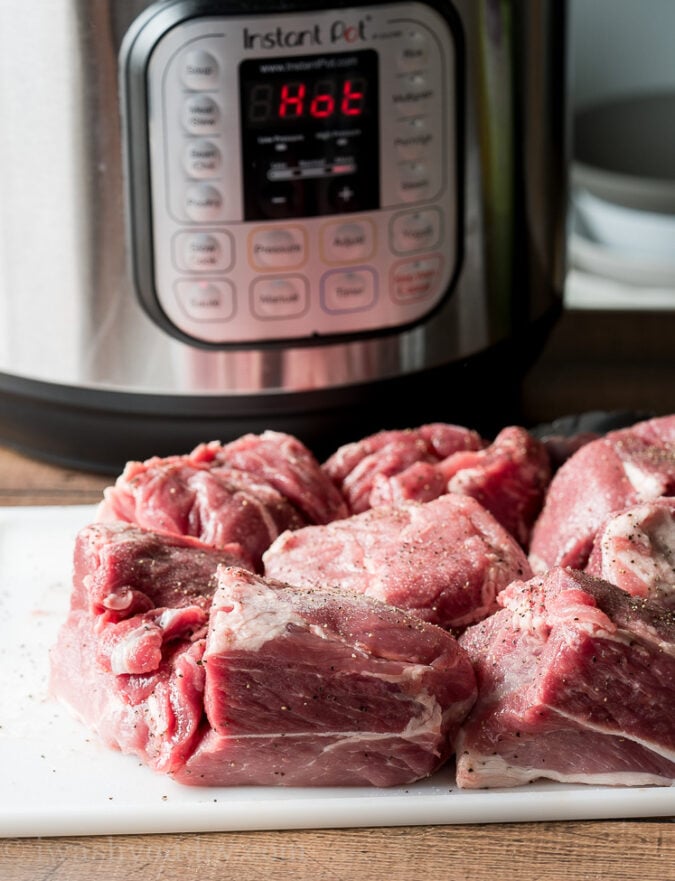 What Cut Is Used For Carnitas? 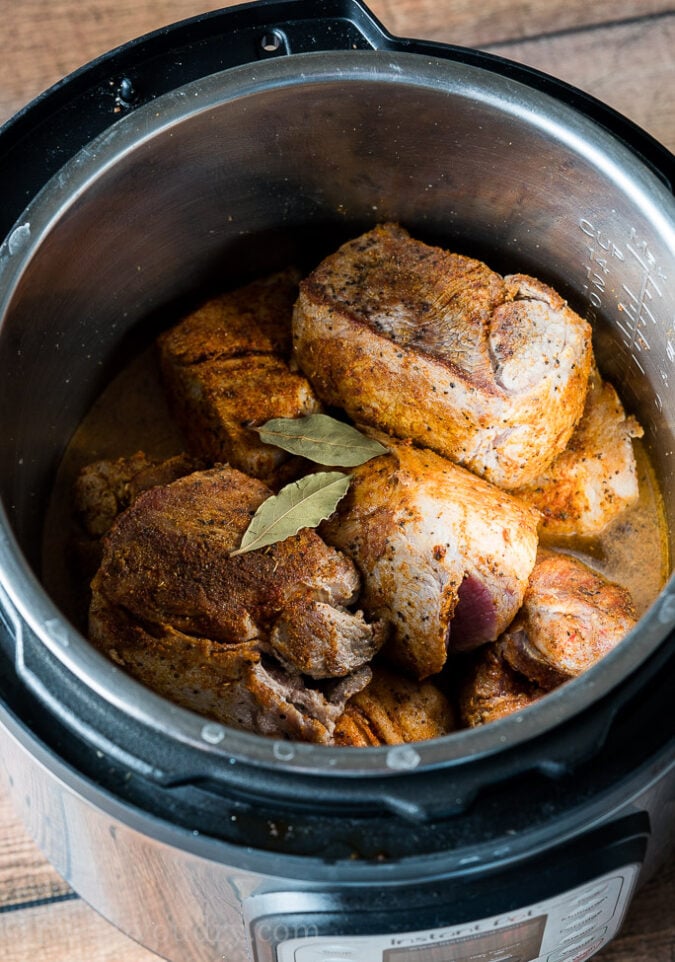 How to Make Simple Carnitas in the Instant Pot: 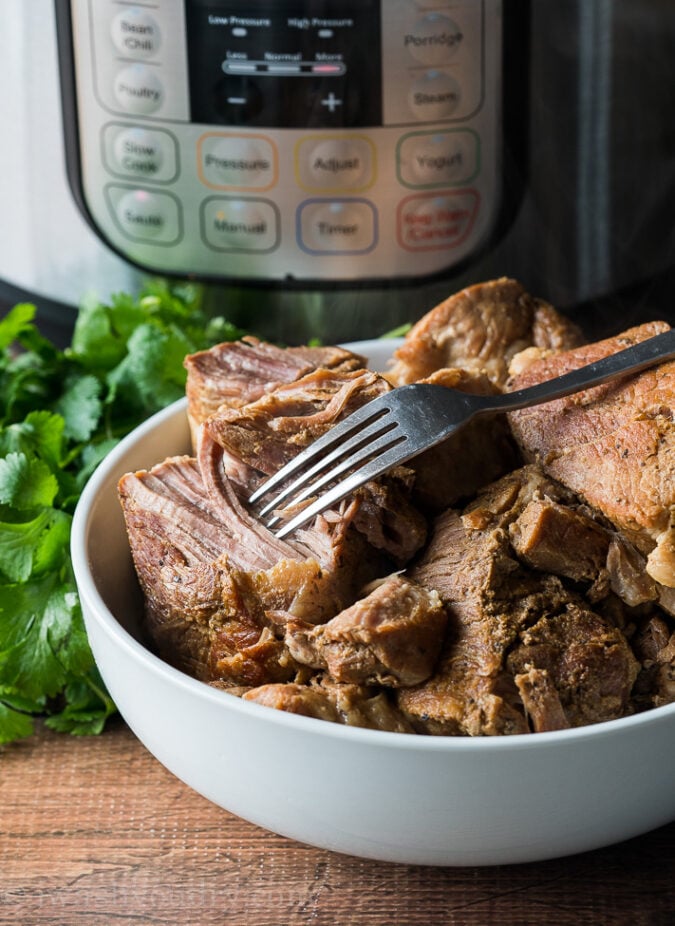 How To Make Crispy Pork Carnitas 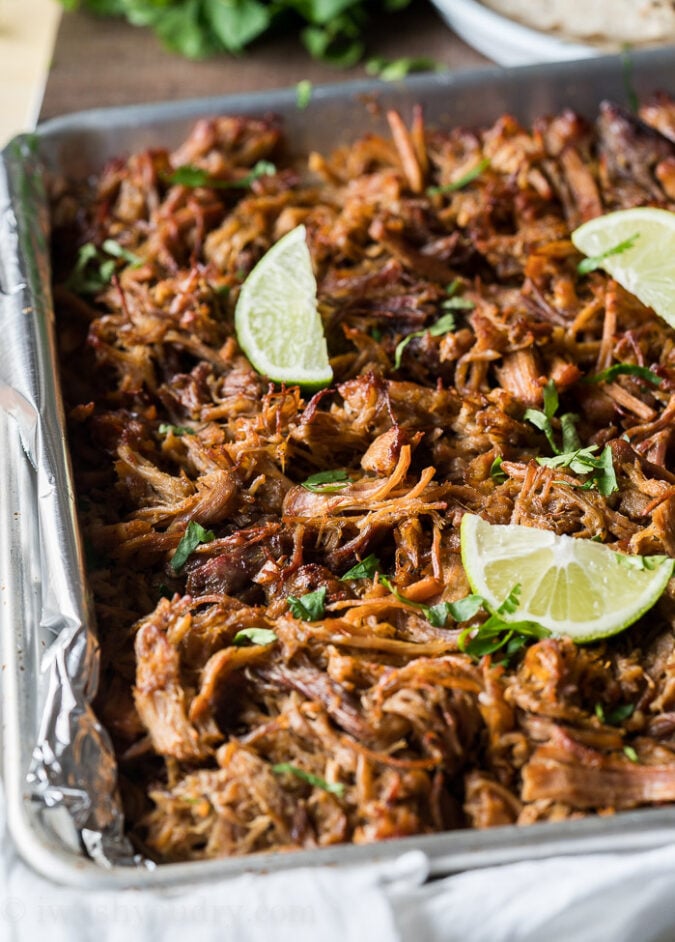 By broiling the meat in the reduced sauce you’ll get little bits of caramelized and crispy pork that is seriously irresistible!

How Are Carnitas Served?

What I love most about this recipe is that it makes a LOT of pork carnitas. I can use the leftovers for quick lunches throughout the week or freeze it and serve it again another night. 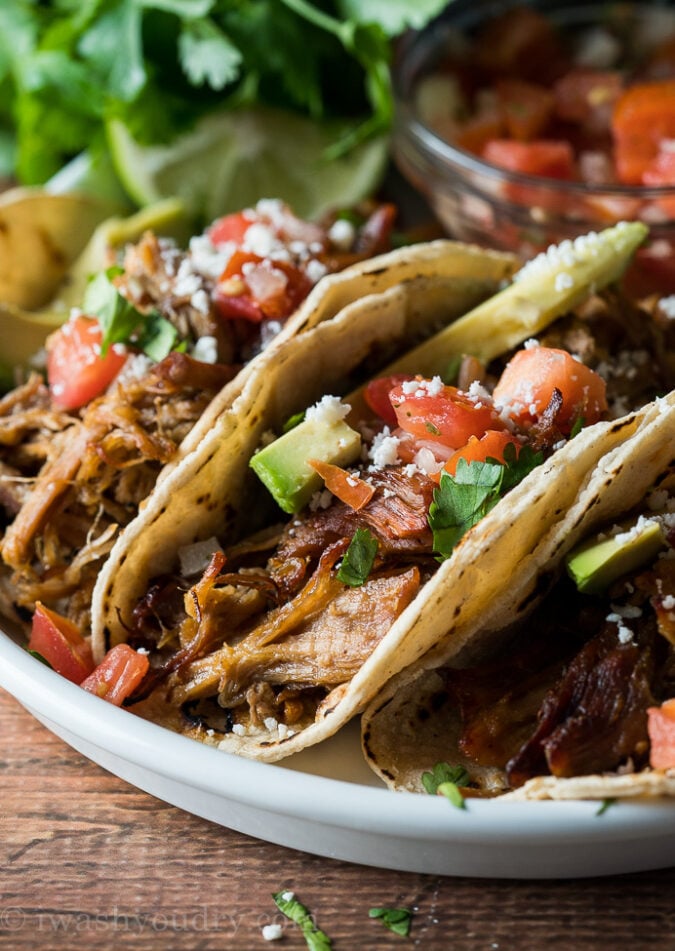 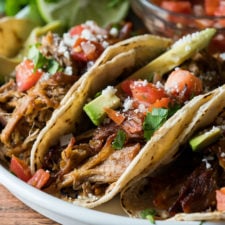 *I use an 8 quart instant pot for this recipe.