I’ve spent quite some time trying to make the Perfect Pie Crust and this one is it! 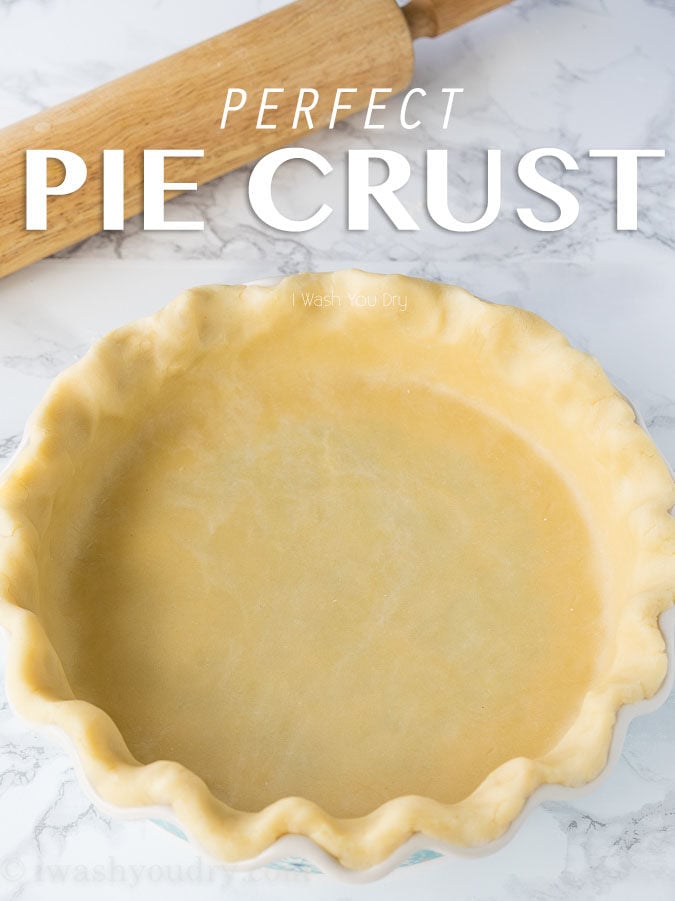 So what constitutes a really delicious pie crust? I suppose it’s matter of opinion, but to me, I like one that’s flakey, buttery and of course – easy to make!

But there are a few key things to keep in mind when making your own crust, and I’m going to share them with you!

My preferred method is with a food processor. I like this method because you’re working with butter, and the more you handle the butter/dough, the less flakey the final results will be. 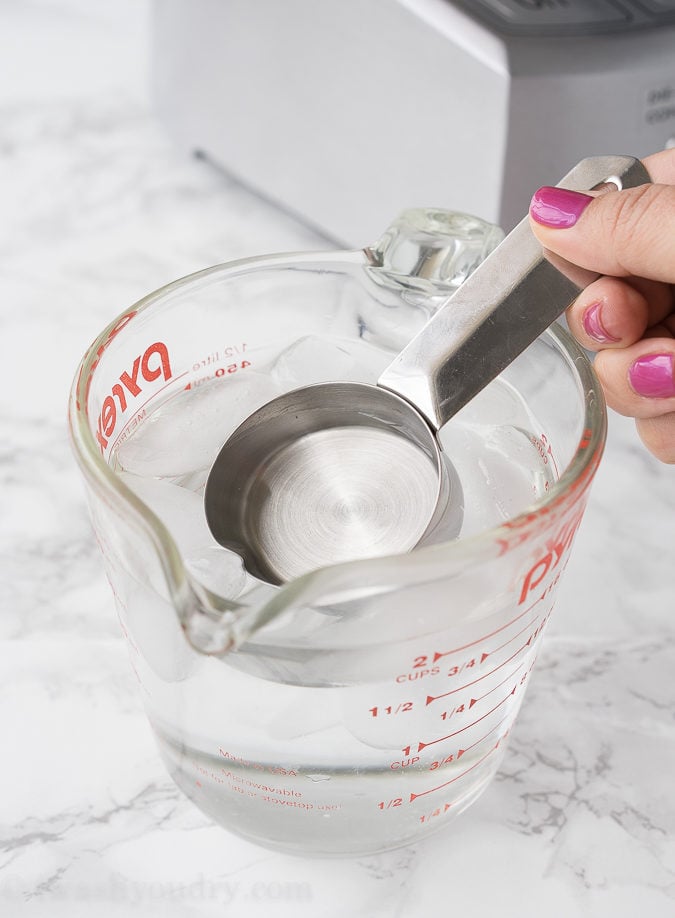 Once you’ve combined your butter and flour to make a course, sand-like mixture you’re going to add some ice cold water into the mix.

Again, you’re trying to keep things nice and chilled, which will give you that nice and flakey crust!

The amount of water needed may vary based on your surrounding climate.

It’s best to start out with just 1/4 cup and add more if needed. 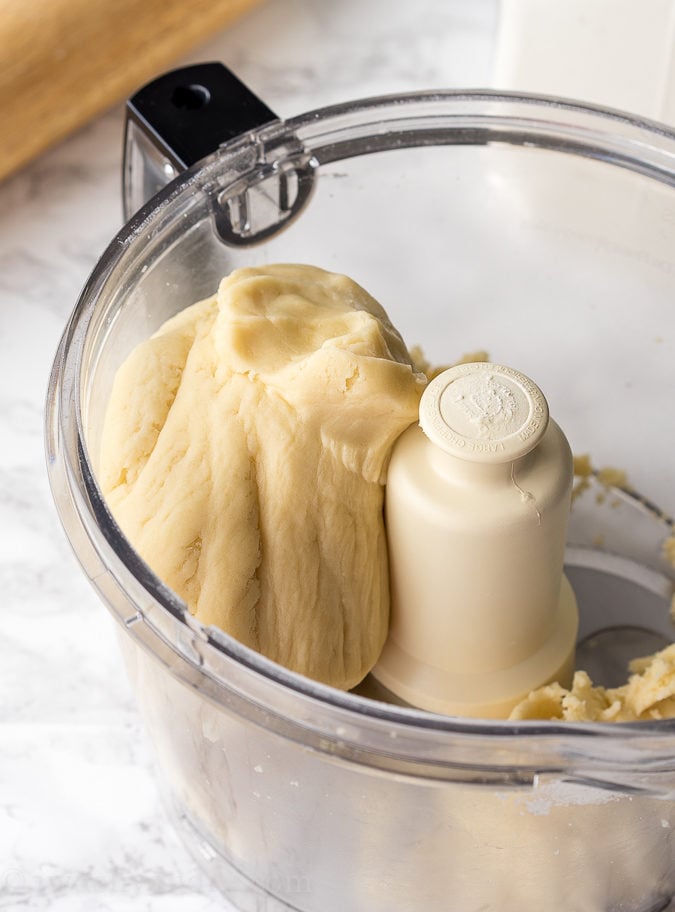 What Should My Pie Dough Look Like When It’s Ready? 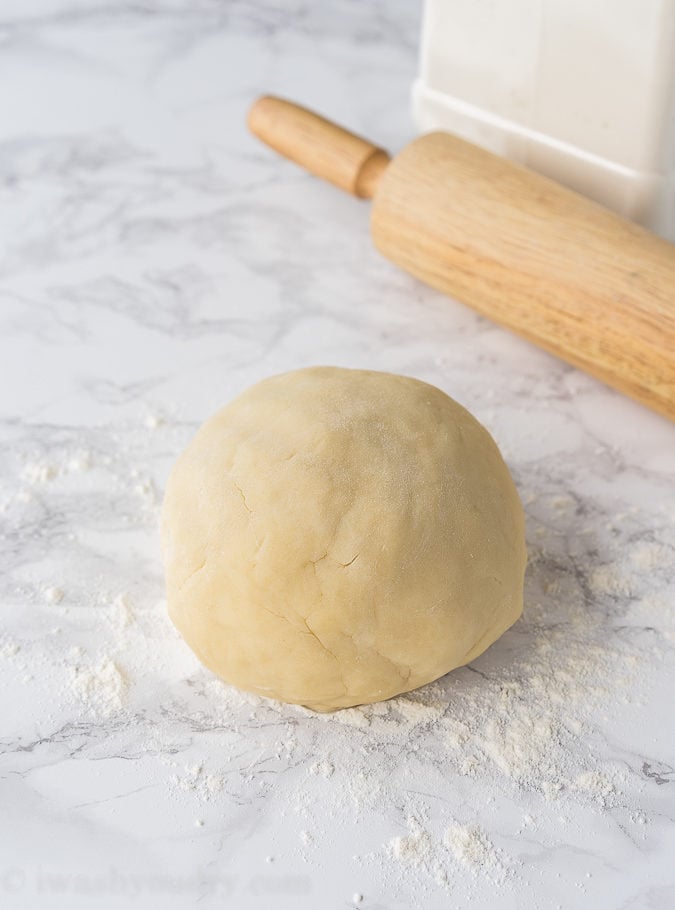 Place your dough on a lightly floured surface and quickly form it into a ball.

Separate the ball into two equal parts and then shape those balls into flat discs. 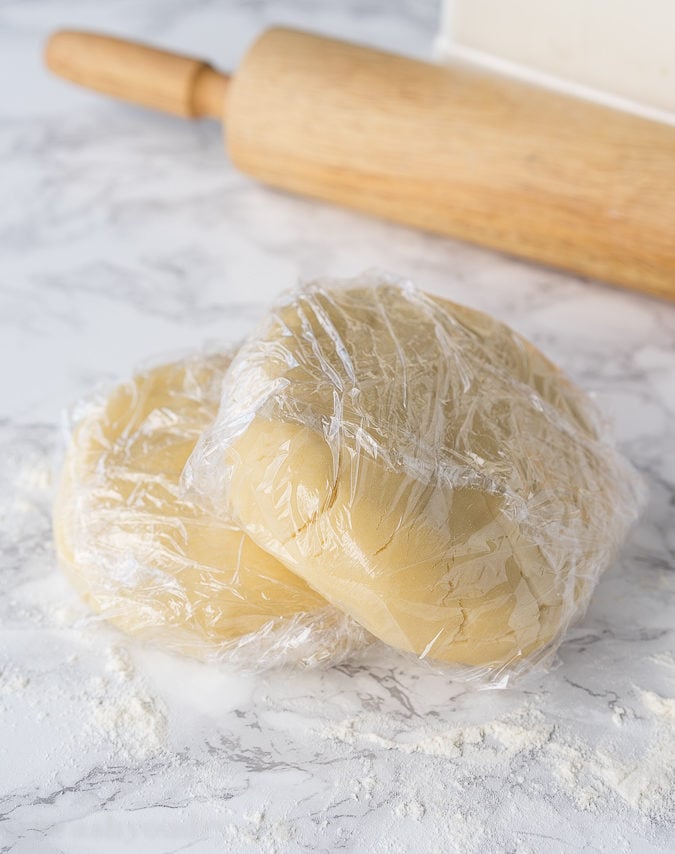 Wrap your discs in plastic wrap and then place in the fridge for at least 30 minutes to chill and firm up a bit.

If you’re using your dough right after that 30 minutes you’re good to start rolling. If you’re saving your dough for a later time, you’ll want to just make sure you let your dough sit on the counter for about 10-15 minutes before rolling it out.

How To Bake Pie Crust: 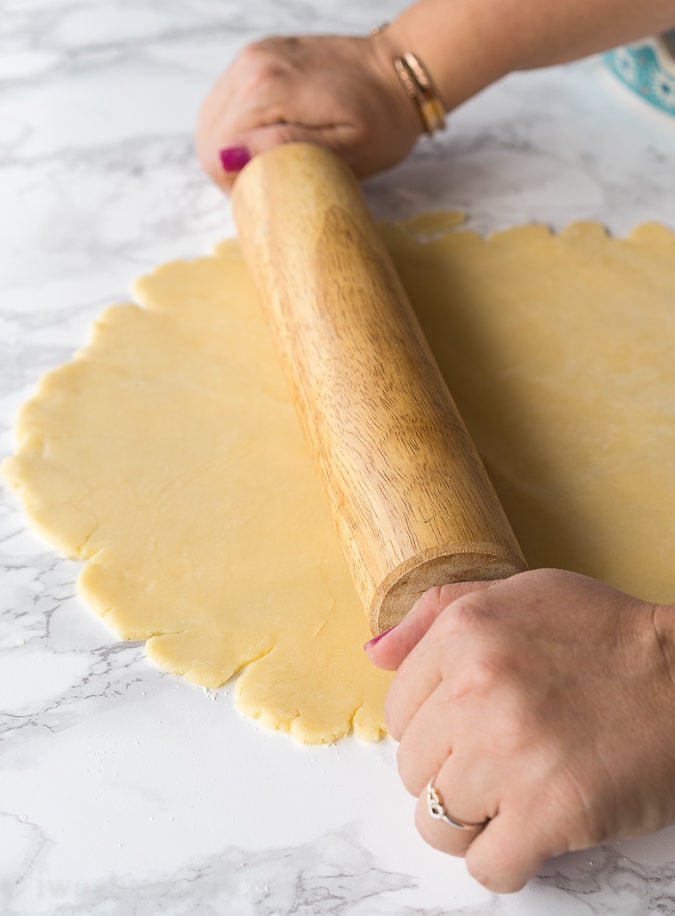 This recipe calls for mostly butter with the addition of a few tablespoons of shortening. I have an ALL BUTTER recipe as well, that works just as great.

Personally, between the two, I find that the added shortening helps with that flakey crust just a little more. 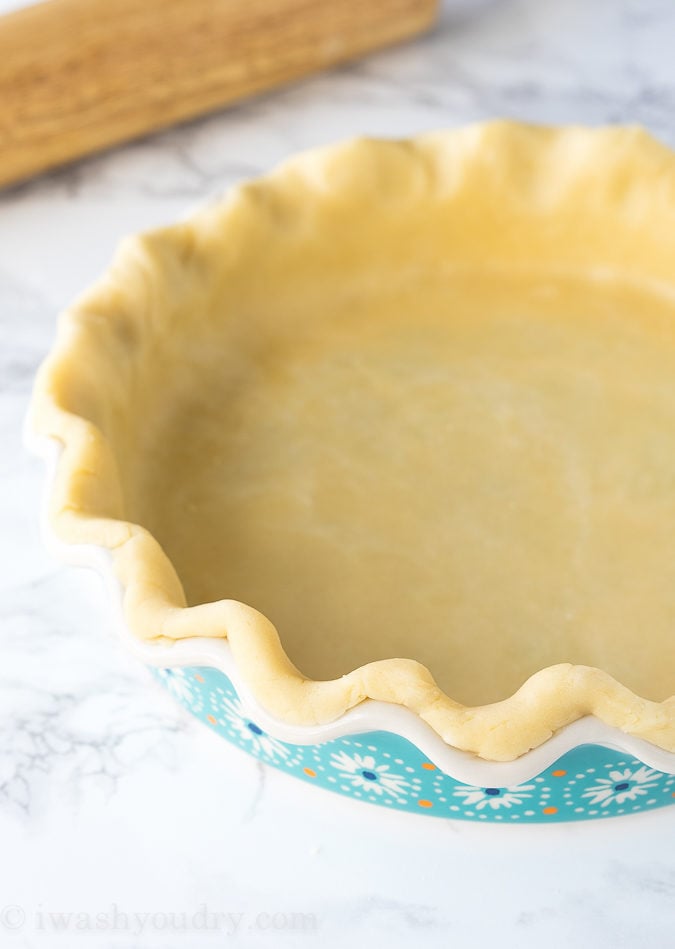 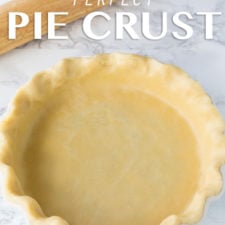