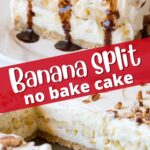 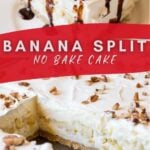 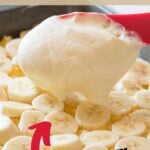 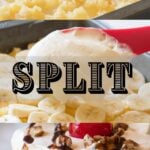 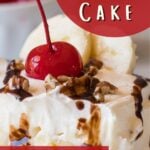 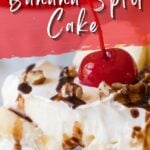 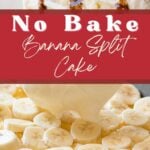 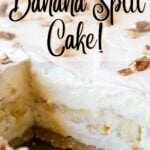 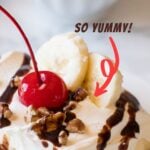 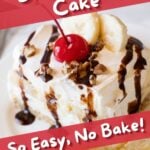 This No Bake Banana Split Cake is filled with layers of pineapple, banana and cheesecake for an easy and delicious dessert! 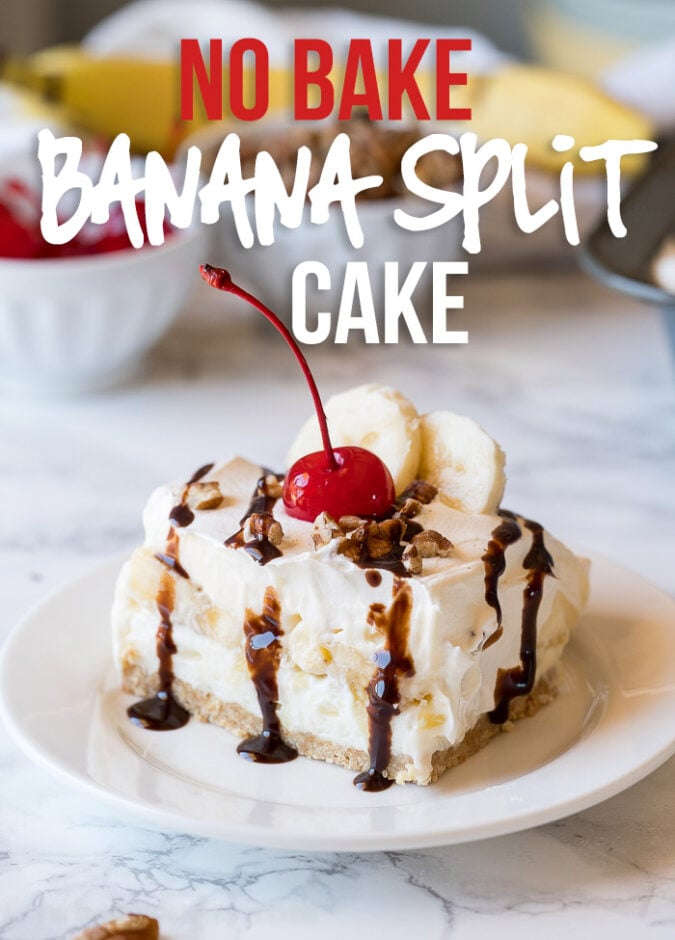 Last week my sister in law brought this No Bake Banana Split Cake to a family gathering and I instantly fell in love. Between the graham cracker pie crust, cheesecake filling and all the way to the cherry on top, I was hooked.

I had to hurry and grab a second slice before it was all gone, cause it went fast! 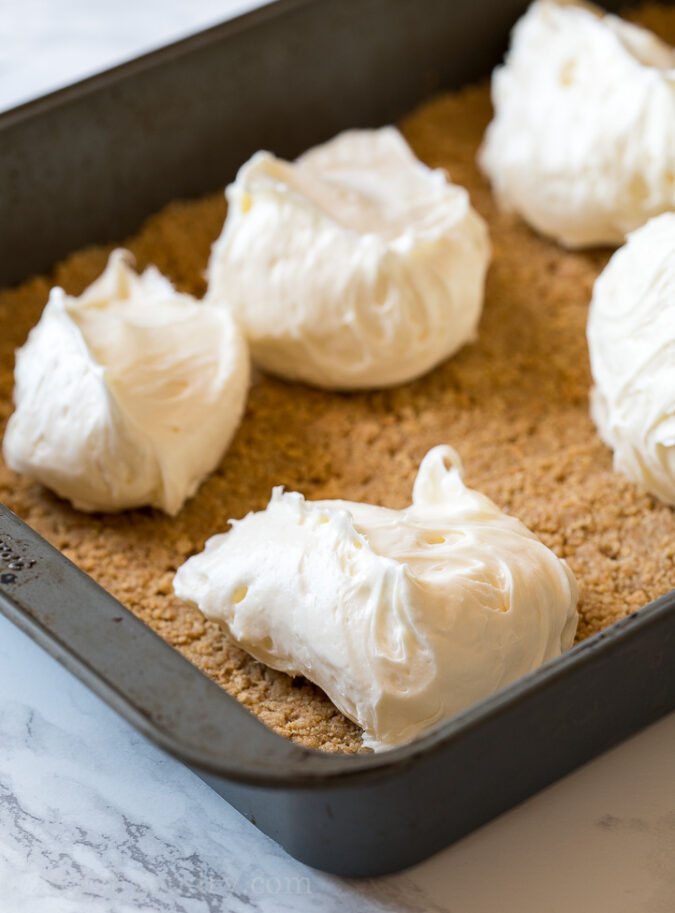 I asked my sister in law for the recipe and she told me it was one that the restaurant she works at uses, but it was originally from a magazine and sent me a picture of the recipe. I’m not sure what magazine it’s originally out of, but this recipe is GOLD!

I tweaked it slightly based on her recommendation and I can’t get enough of it. 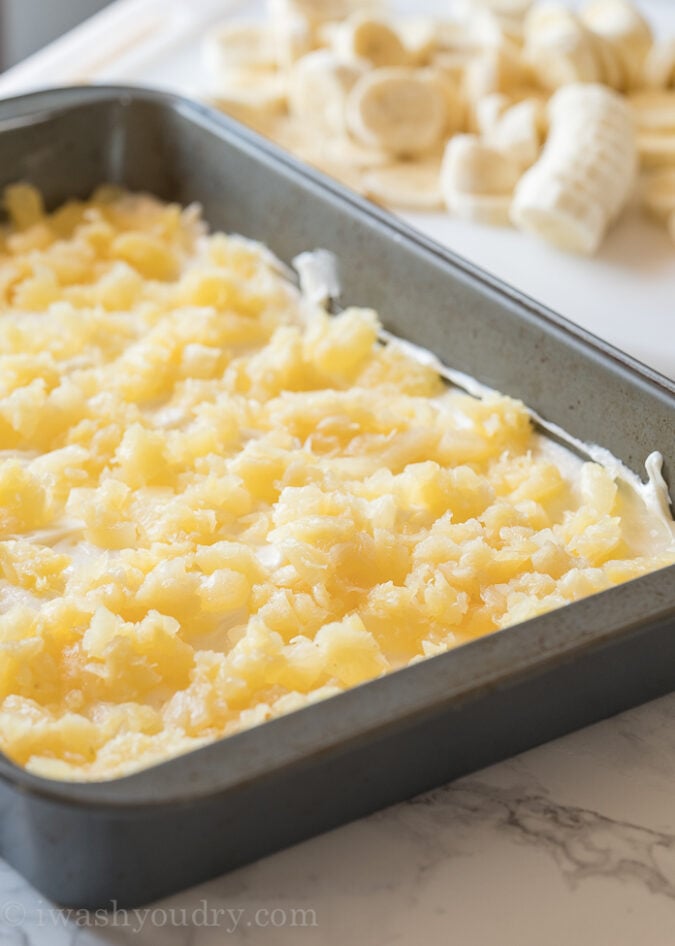 How To Make Banana Split Cake:

This cake takes only a few minutes to pull together, but can be made up to 2 days in advance. I wouldn’t make it too much earlier than that because the bananas will start to brown. 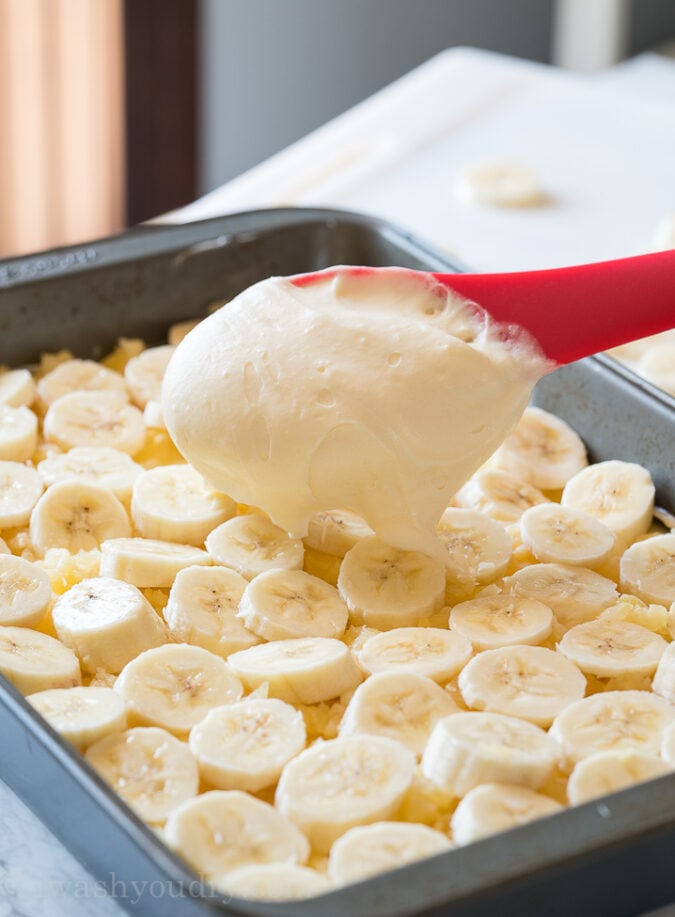 The layer of pudding that goes on top of the bananas was originally vanilla pudding mix, but my sister in law suggested I use the cheesecake pudding mix and I agree. It’s a delicious switch, but if you’re wanting a little more vanilla flavor to the cake, you can definitely stick with the vanilla. 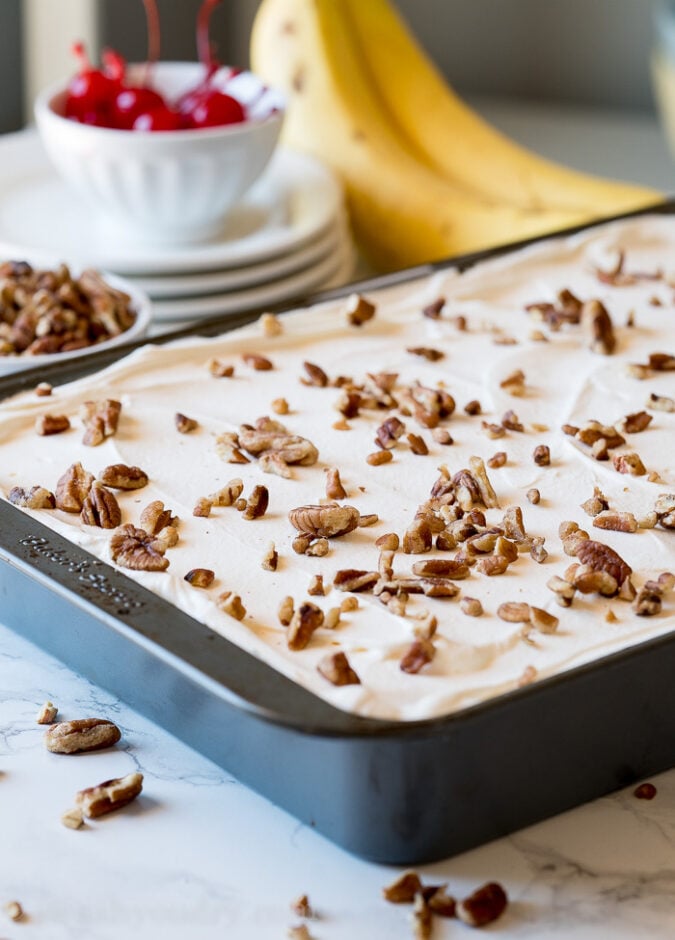 Finish the top with a layer of cool whip or whipped cream and sprinkle with chopped pecans. If you’re more of a chopped peanut fan on top of your banana split then by all means, go for it!

The recipe also stated to place a layer of sliced bananas on top of the cake, but I didn’t want the bananas to brown, so I decided to just have sliced bananas, cherries and chocolate syrup as an optional topping for my family. They got to dress their cake slices however they wanted.

If you find that you have extra bananas leftover, try making my Chocolate Chip Banana Bread! 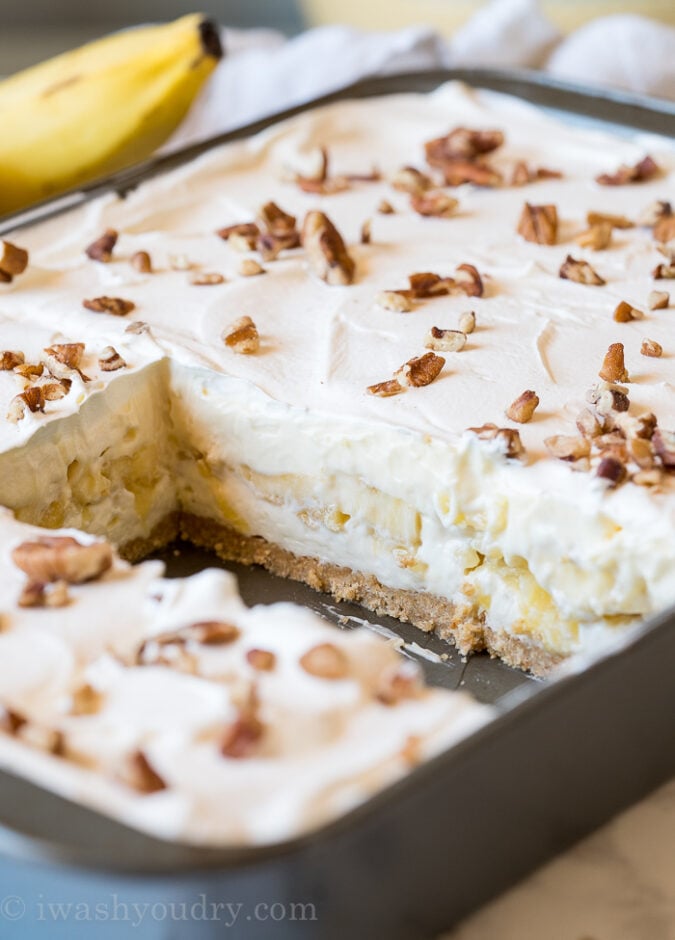 This is definitely one cake I can see myself making over and over again all Summer long!

It’s cool, refreshing and doesn’t require any baking at all! 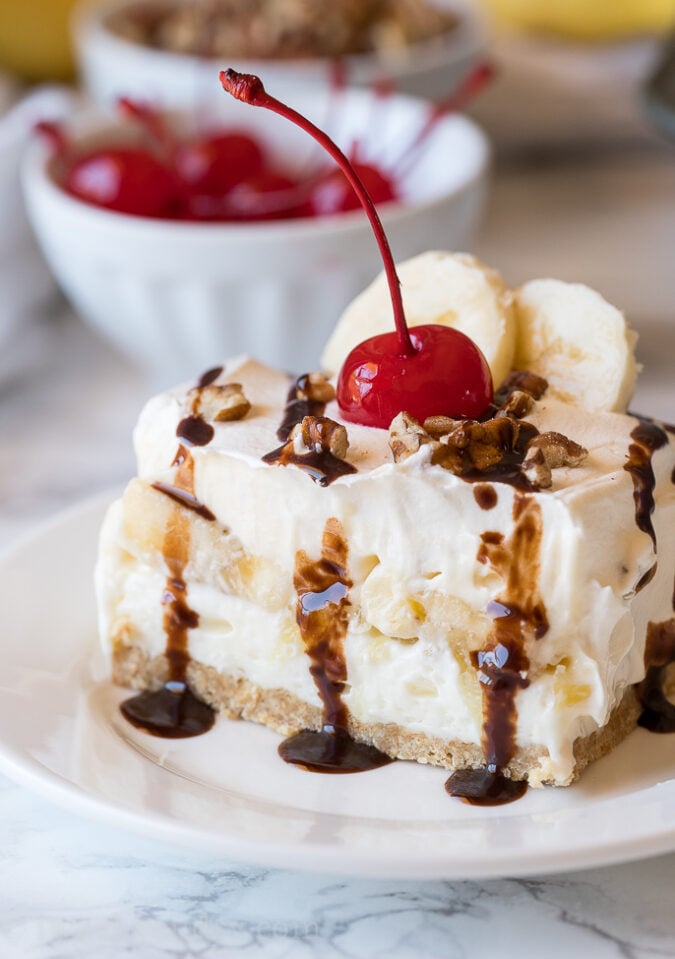 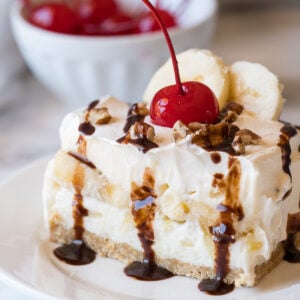 This dessert can be made up to 2 days in advance.