Moist coconut filled layers of cake are stuffed with a sweet and tangy lemon curd, then coated with a light and fluffy coconut buttercream frosting and topped with a delightful pile of toasted coconut. This Coconut Lemon Layer Cake is basically everything you love about Spring, wrapped up in cake form. 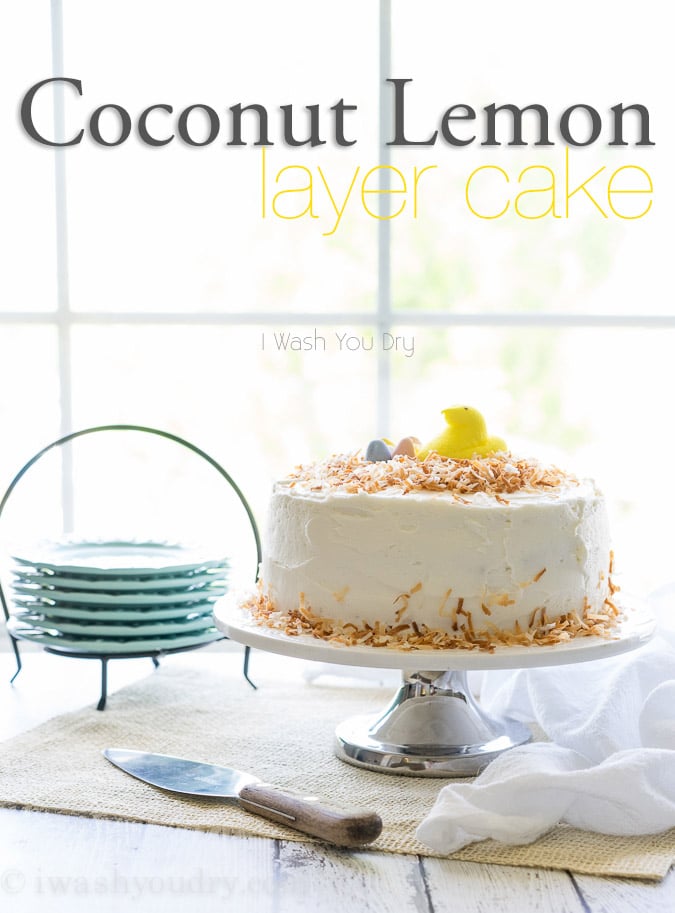 You guys, I am not even going to tell you how many times I tried and tested this recipe until I got it just right.

Let’s just say that I have been eating delicious coconut cake fails for over a week. When it comes to cake fails, they’re still undeniably delicious, so it was hard to resist.

But when I tasted this cake, it was like the heavens parted and I knew instantly it was everything I was hoping it would be. 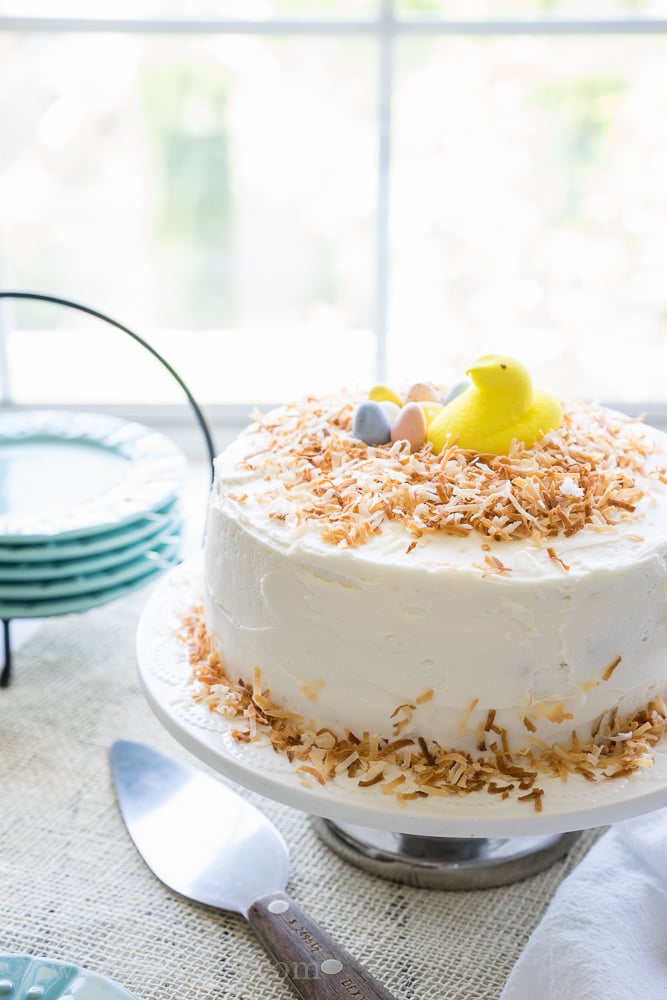 The cake was moist and thick, yet still light and airy in texture. I used a boxed white cake mix but infused the cake with three types of coconut. I substituted the water for coconut milk, enhanced the flavor with a teaspoon of coconut extract and then plumped it up with a handful of shredded coconut.

You’ll want to make sure to bake the cake slightly longer than a normal box cake, due to the heaviness of the coconut milk. But the end results are simply stunning. 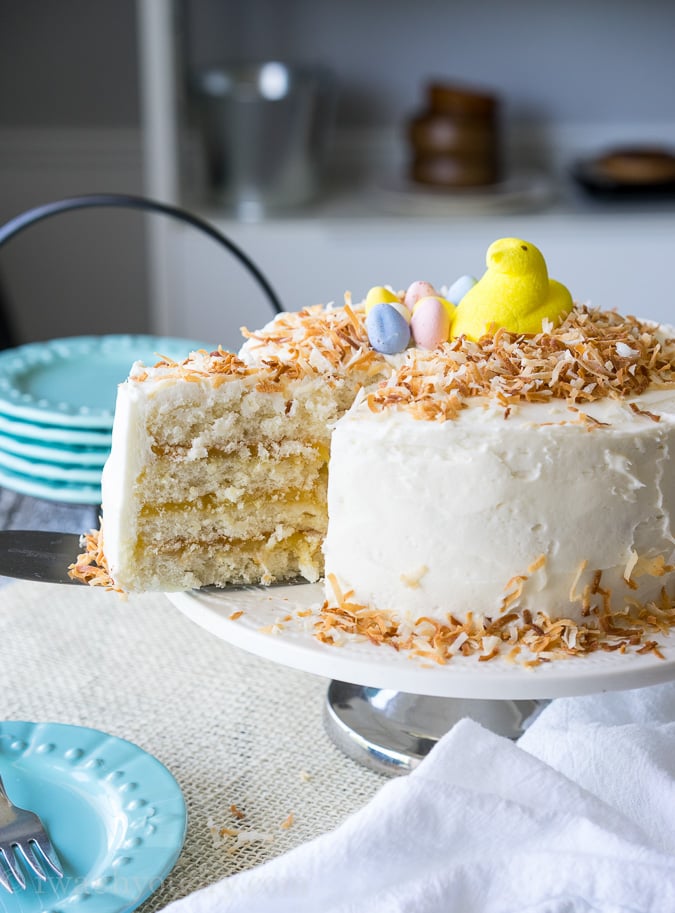 Several years ago I had a friend who made the most amazing coconut cake. The flavors were so rich and nutty, and I simply had to have the recipe.

That moment right there was one of the main reasons I decided to start this blog and share recipes with everyone. I believe that if you have something good, you should share it. 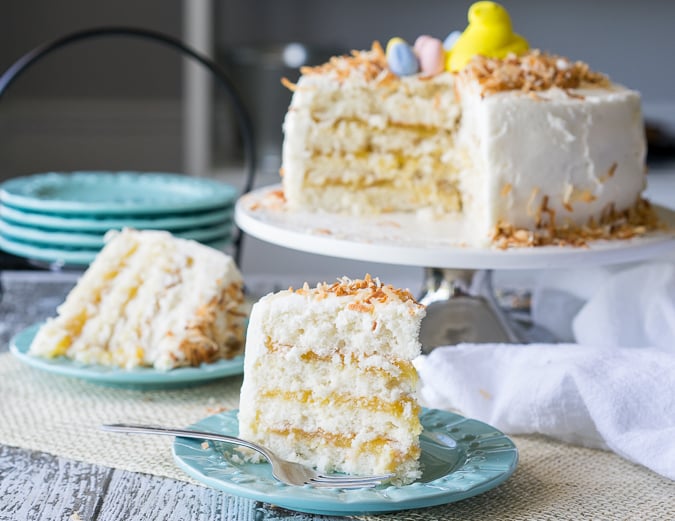 Anyways, so that middle part?

The bright and cheery lemon curd? Yeah, it is downright delicious when paired with that coconut cake.

I used a store bought lemon curd, but you could also use a homemade recipe if you prefer. Either way, just don’t skimp on it. The stuff is addictive. 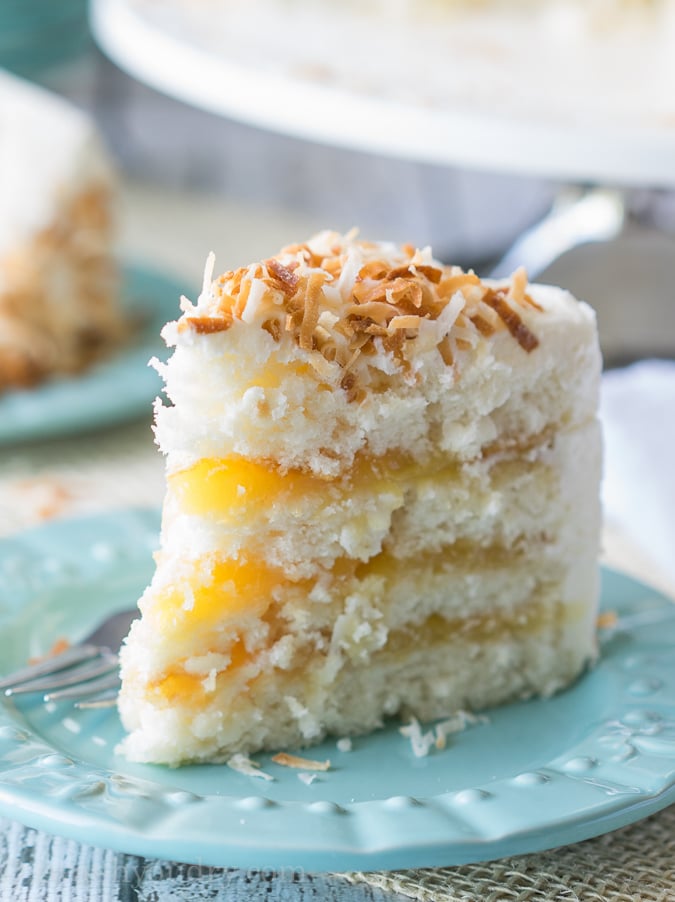 The last two components of the cake are the frosting and the toasted coconut topping.

That frosting you guys… I could eat it all by itself. It’s a classic buttercream frosting but I switched out vanilla extract for coconut extract and instead of whipping in heavy cream, I added full fat coconut milk. It’s light, fluffy and filled to the brim with that nutty coconut flavor.

Lastly – the toasted coconut! I tried toasting coconut in the oven for the first time with this cake and I will probably never go back to toasting it in the skillet. It was so quick and easy, and made for a perfectly golden brown batch of toasted coconut. 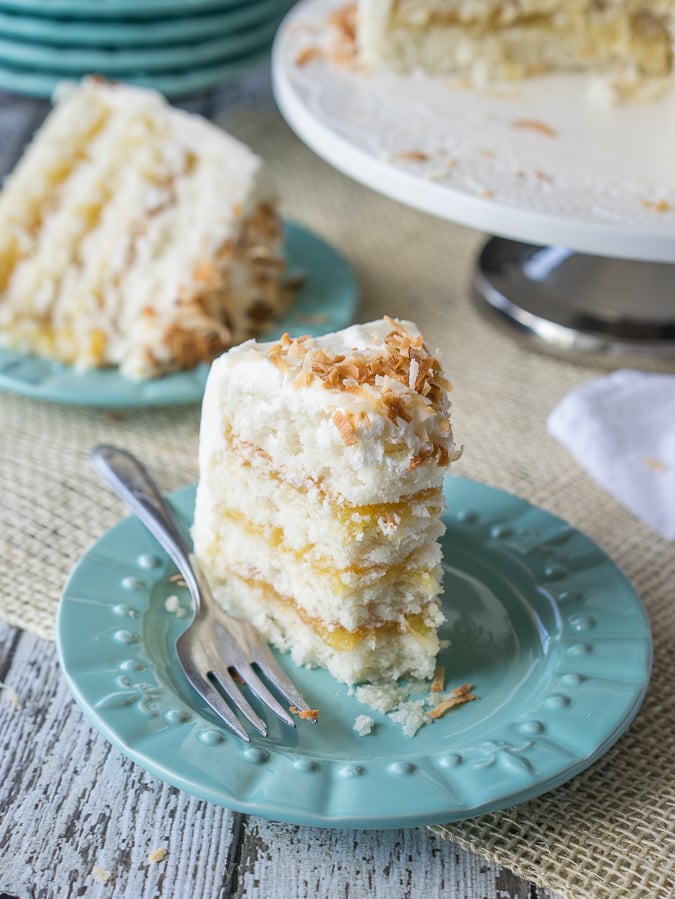 Just don’t forget to share the recipe with others and spread the joy! 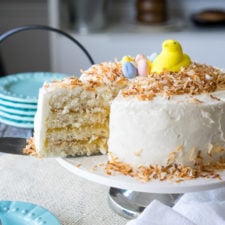 To make the Frosting:

If you prefer, you could skip cutting each layer in half and simply have two layers rather than four. Just reduce the amount of lemon curd by half.