Let me first start this off with a fair warning from my husband.

These are not filled with actual pumpkin pie. {apparently it came as a shock to him when he took a bite}

I would also like to take this moment to clarify that these cute little things are not actual “cannolis” either. They just happened to take the shape of a cannoli, and also happened to be filled with a light pumpkin pie mousse… so yeah, Skinny Pumpkin Pie Cannolis. 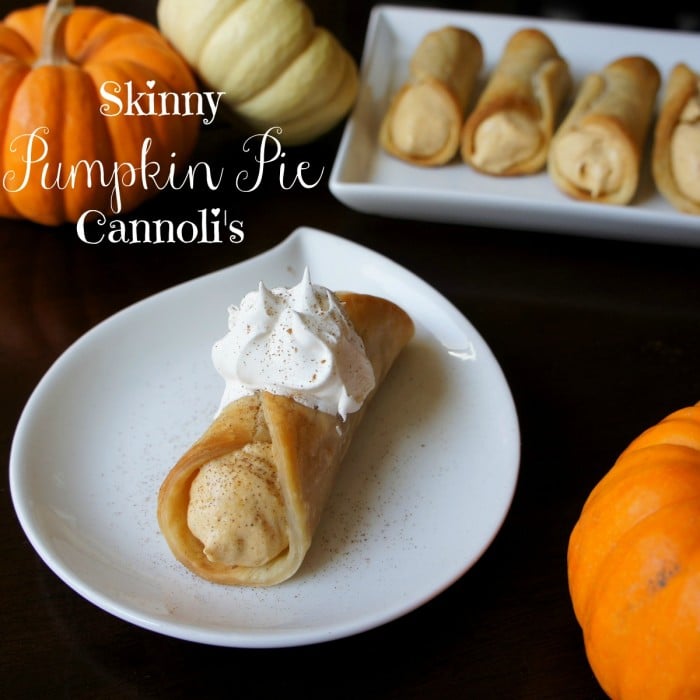 With the holiday season fast approaching it’s almost impossible to steer clear of candy, chocolate and let’s face it… butter.

If you’re searching for a lighter but still satisfying dessert, [with all the joyous flavors of fall] then you have got to try these Skinny Pumpkin Pie Cannolis. 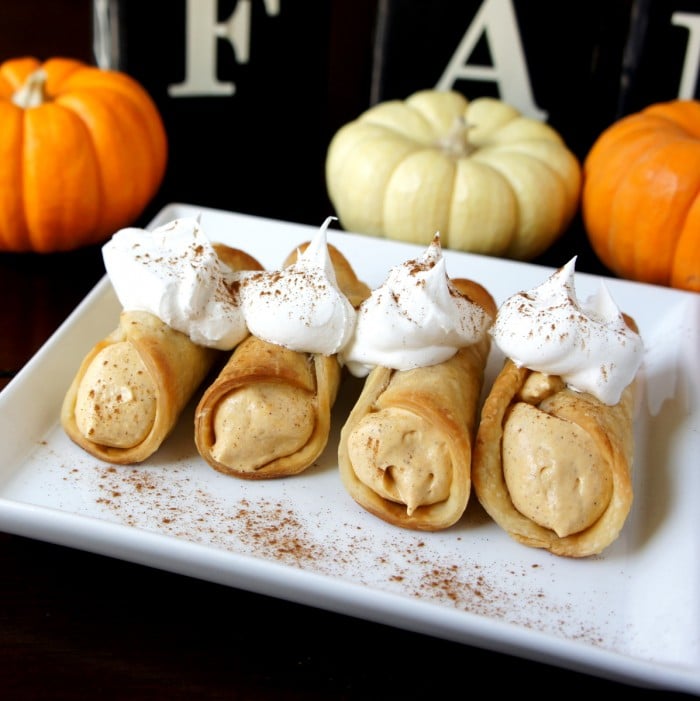 The outer shell is a simple pie crust (I used Pillsbury ready made pie crusts) that is molded around a cannoli form and then baked till golden brown. Inside the pie shells is a deliciously light and fluffy pumpkin pie mousse that is beyond easy to make. Top it off with a little Cool Whip and a dash of cinnamon for one skinny out-of-this-world dessert. 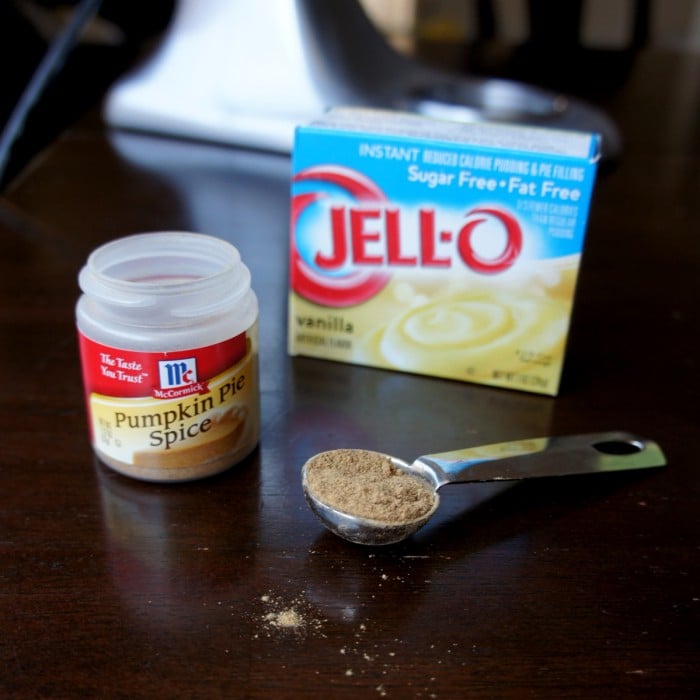 Start by mixing a small box of vanilla (sugar-free) instant pudding mix with a teaspoon of pumpkin pie spice.

Then pour in a cup of cold milk. 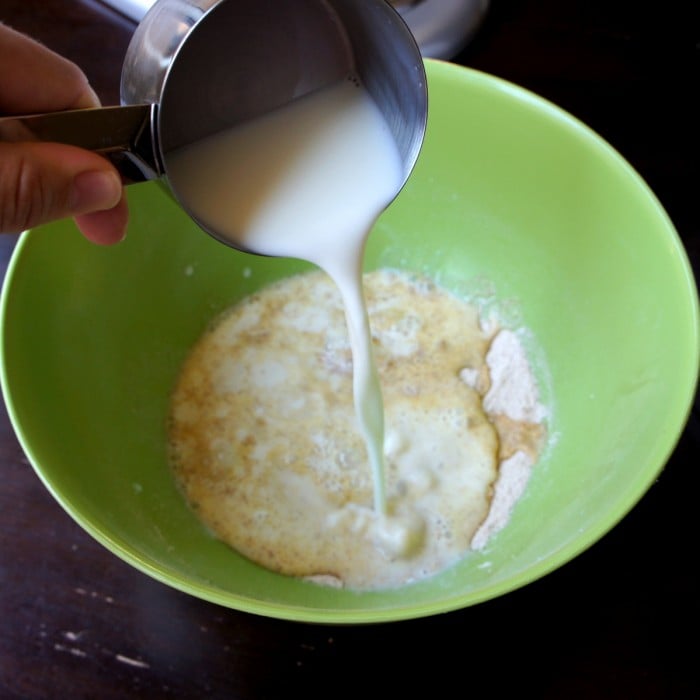 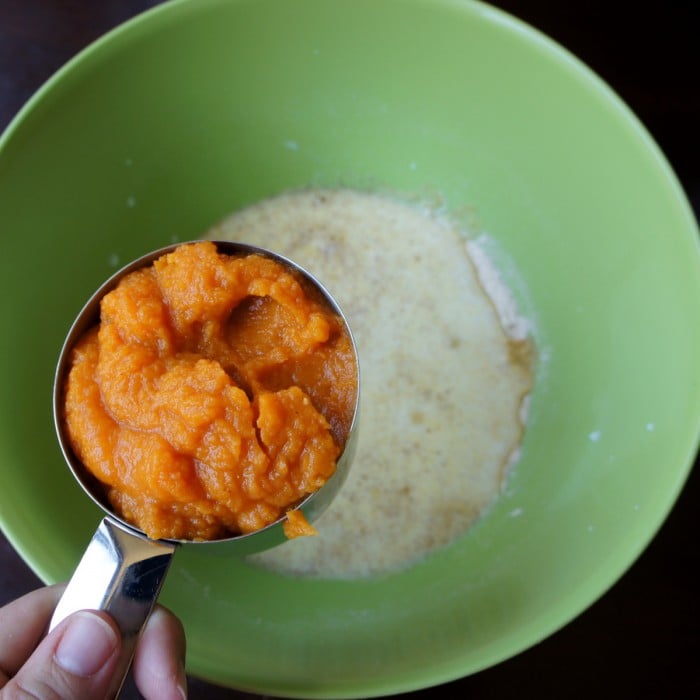 Give it a good whiskin’. Two minutes should do it.

Just make sure it’s smooth and not clumpy.

Gently fold in a cup of Cool Whip until the mixture is combined. It should be light and fluffy.

Scoop the mousse into a zip close bag and pop it into the fridge for about an hour. 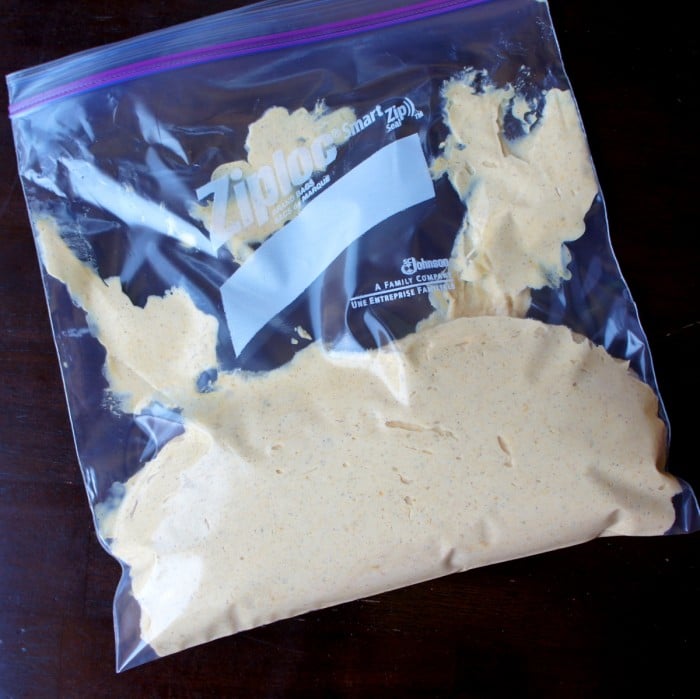 While that is chilling and the flavors are blending, it’s time to get started on the pie shells.

Roll out a Pillsbury ready made pie crust (or be adventurous and make your own). Use a 3 inch circular cookie cutter to cut out circles from the pie crust. 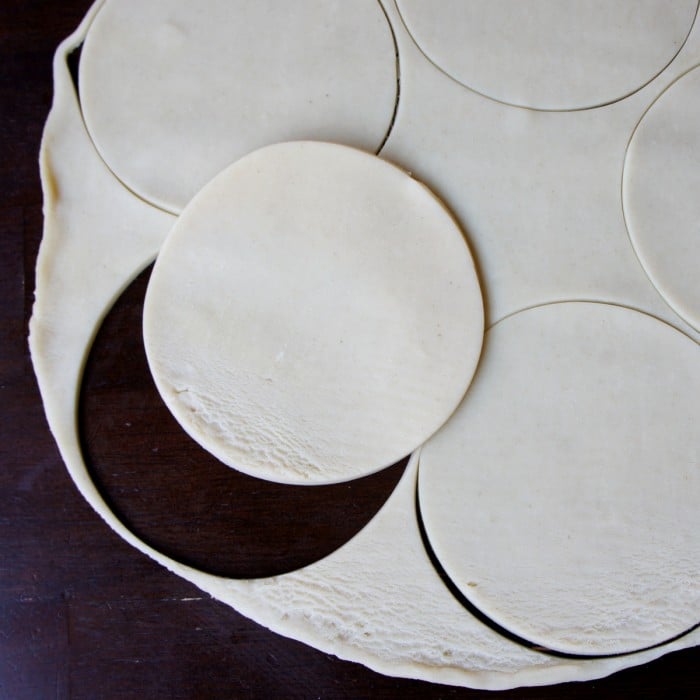 I cut out as many as I could, then took the scraps of pie crust and rolled them together and cut out more circles. I was able to get 8 circles out of each pie crust.

Wrap the circle around a Cannoli Form, or a 1″ wooden dowel. I prefer the Cannoli Forms because they are hollow and allow the insides of the pie crust to bake evenly.

If you go the wooden dowel route you might end up with the inside not cooked all the way and then have to bake it longer, but then the outside will get burnt… so just do the Cannoli Forms and save yourself a headache. They are like $5 bucks on Amazon.

After you wrap them, make sure to pinch the pie crust together where it overlaps, otherwise it might come undone when baking. Brush the pie crust with milk and bake. 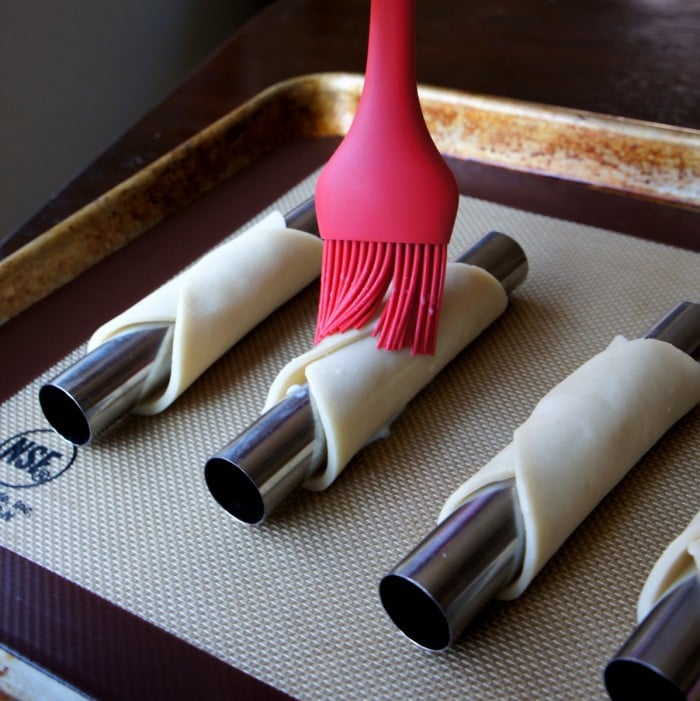 Let them cool on a wire rack after they are done baking. Be careful when handling the Cannoli Forms cause they will be hot!

Pull out the Pumpkin Pie Mousse and snip off one corner of the bag. Put the cut side of the bag into one of the open ends of the pie crust and gently apply pressure to the bag, piping the mousse inside. Once it’s reached the outside, turn the pie crust around and repeat for the other side. 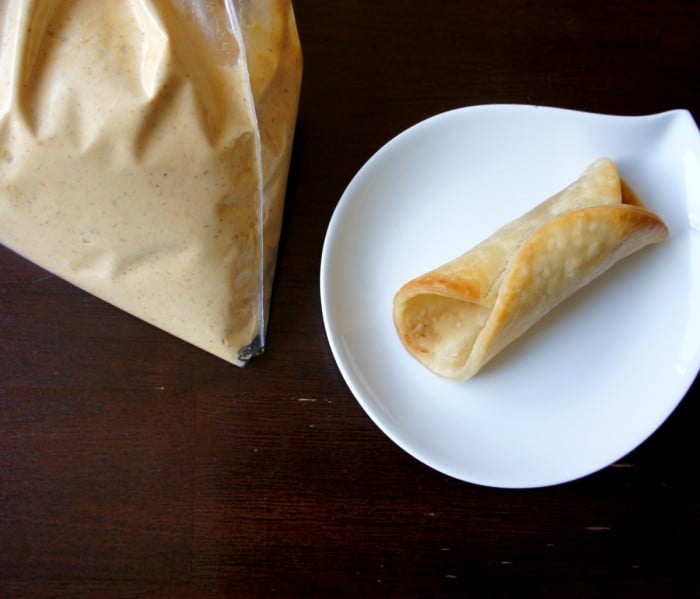 It sounds a lot more complicated then it actually is. Basically, just get the mousse inside of the pie crust.

Then you can top it with a dollop of Cool Whip and a dash of cinnamon. So cute, and oh so good! 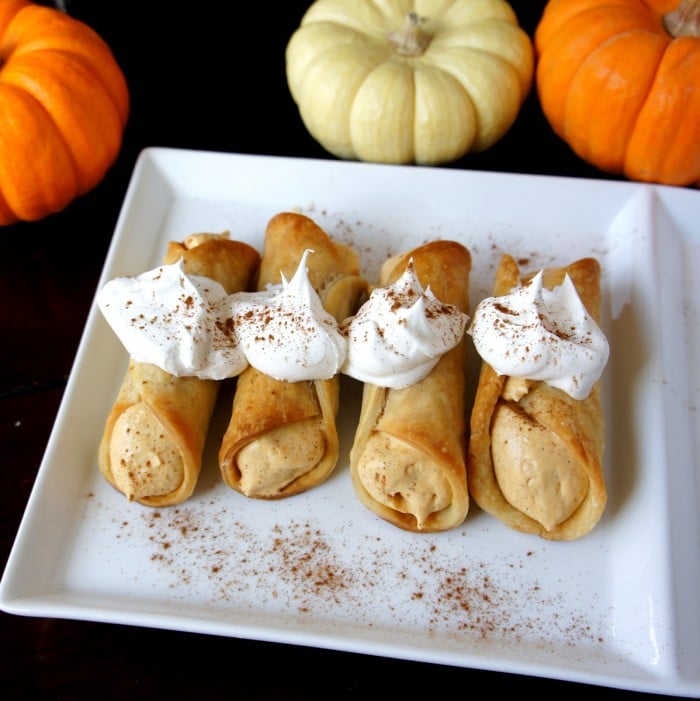 These are so fun to make and even better to eat.

I’m pretty sure they are the best thing I have ever created. The pie crust is light and flaky and the pumpkin pie mousse inside is so light but full of that pumpkin pie flavor. These will surely hit the spot for that pumpkin pie craving without all the fat. 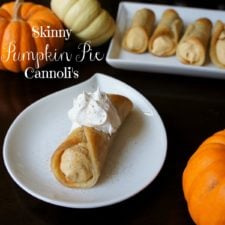 If you're searching for a lighter but still satisfying dessert, [with all the joyous flavors of fall] then you have got to try these Skinny Pumpkin Pie Cannolis.
Prep Time15 mins
Cook Time12 mins
Total Time27 mins
Course: Dessert
Cuisine: American
Servings: 16
Calories: 123 kcal
Author: Shawn