Better Than Anything Cake Trifles

These Better Than Anything Cake Trifles are an ultra decadent dessert made to feed a crowd, or just a few hungry people. 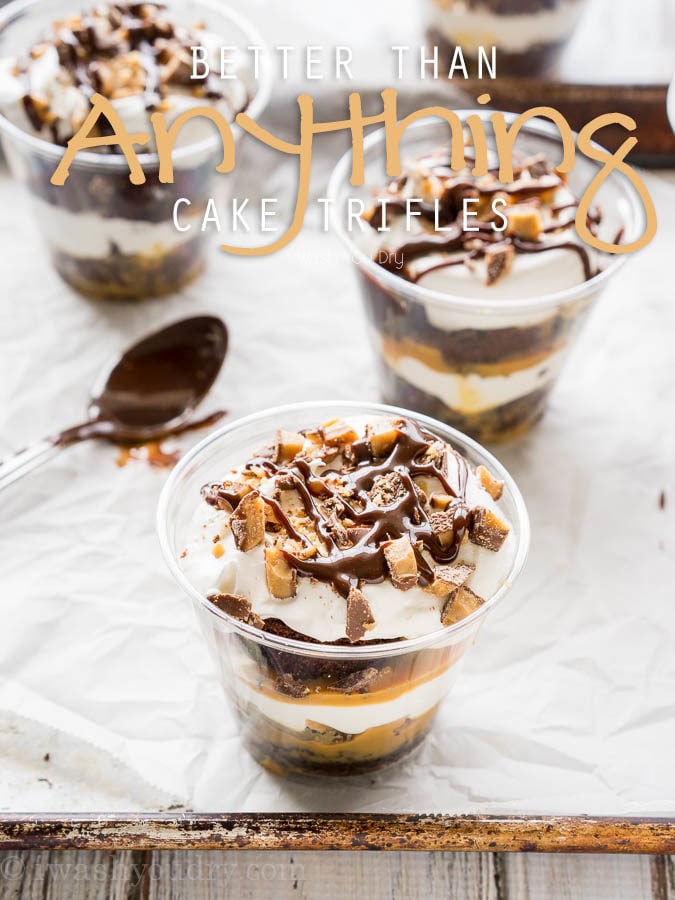 Ok, I made that last one up.

It’s also been called Better Than Anything Cake by the more prude crowd, and since I’m a family-friendly blog, I’m just going to go with that. 😉 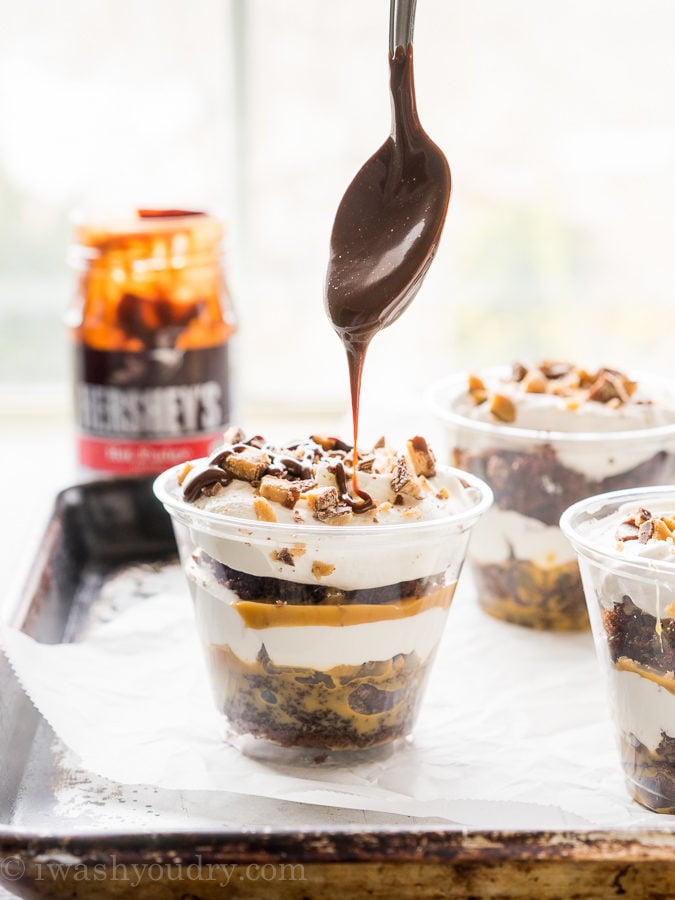 A couple weeks ago I was asked to make a dessert for a church function. My parameters were that it needs to be somewhat fancy, feed 90 people and be less than $40 total.

I set out to find the perfect dessert. I asked some friends and they gave me the idea of doing a trifle in mini clear plastic cups. 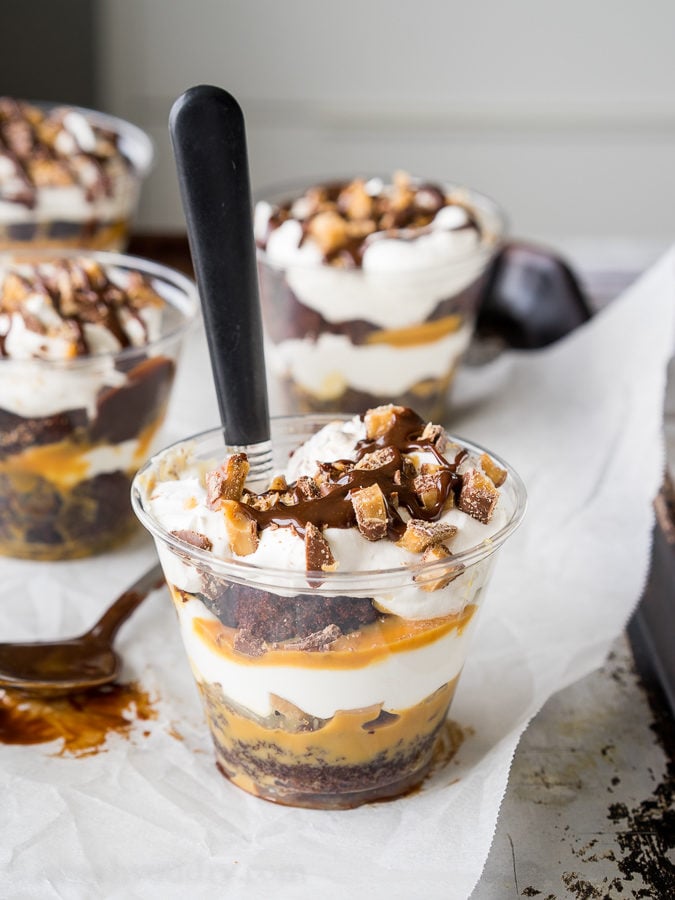 I purchased a few chocolate cake mixes, but doctored them up with extra cocoa powder to make them a little richer, and switched out some of the oil for sour cream to keep the cake light and fluffy.

I cooked them in my 15″x10″x1″ baking sheets and they turned out amazing!

I let them cool and then used a circular cookie cutter that was roughly the shape of my cups, and cup out two circles per cup. 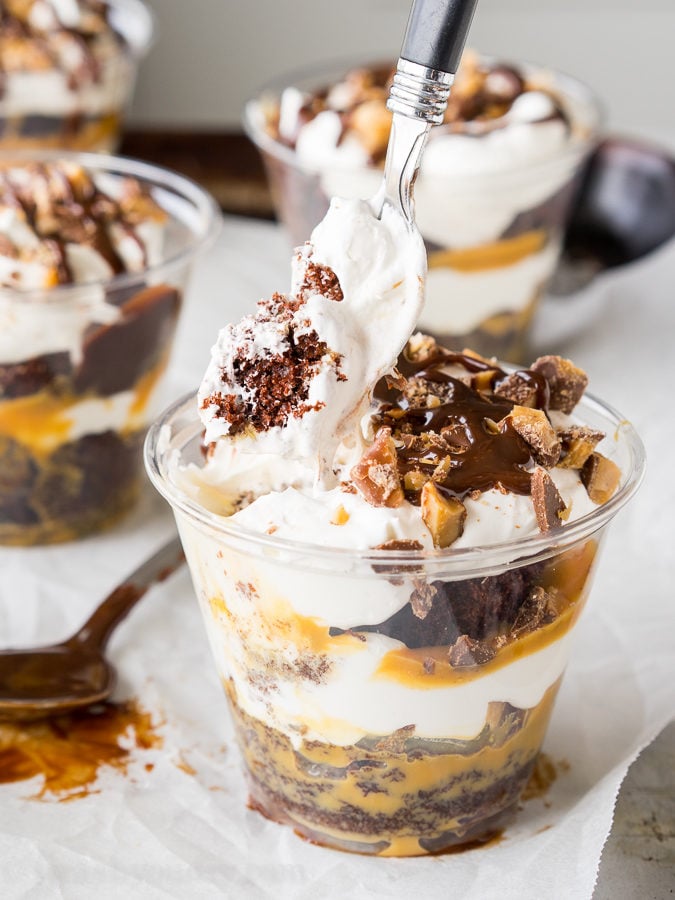 I had some cake scraps leftover so I just used those scraps to make a few more trifles so I could share this dessert with you!

The first layer is cake, followed by a sweetened condensed milk/caramel mixture, a teaspoon of crushed Heath Toffee Bits, followed by a dollop of Cool Whip.

Next is another layer of cake, followed by more of the sweetened condensed milk/caramel and another layer of Cool Whip. I sprinkled a little more Heath Toffee Bits on top and then drizzled each on with some hot fudge sauce. 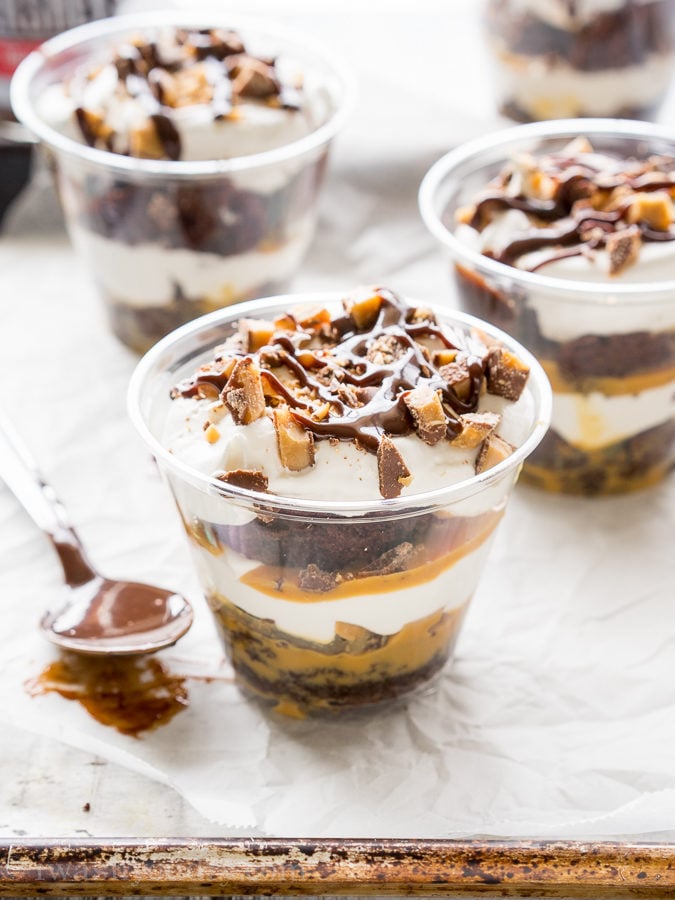 Not one cup was left at the end of the night.

Everyone licked their cups and spoons clean. They were phenomenal. 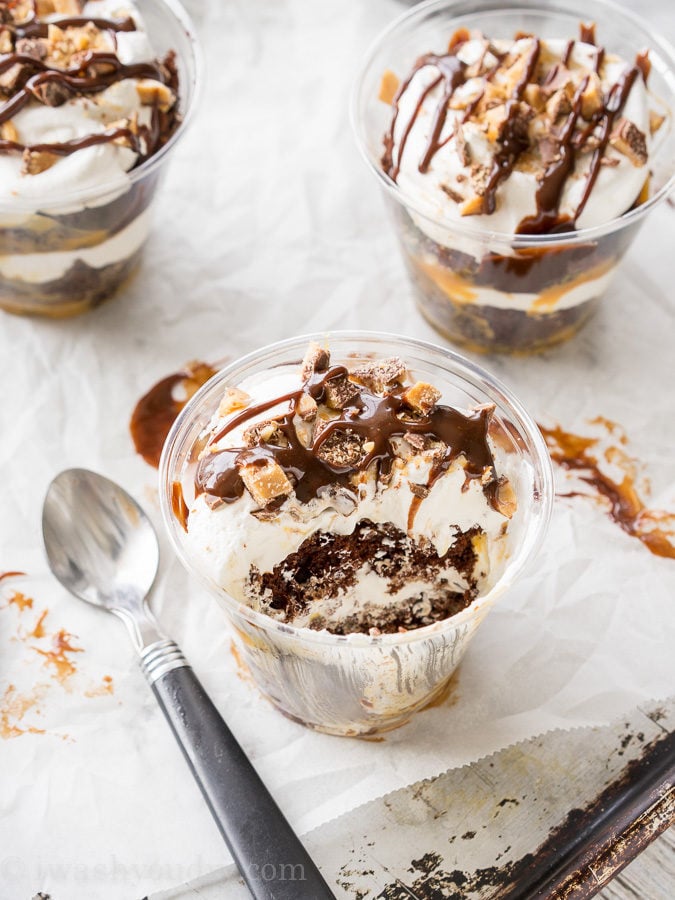 Whether you go the mini trifle route or make one big one, these trifles are sure to impress! 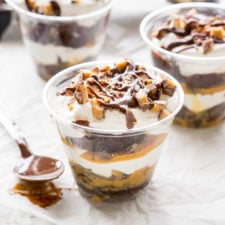 Better Than Anything Cake Trifles

If you prefer to make one large trifle, you could probably get away with just baking one cake mix and making it into two 8" rounds.