This comforting Turkey Mushroom Shepherd’s Pie is super quick 30 minute dinner that everyone will love! 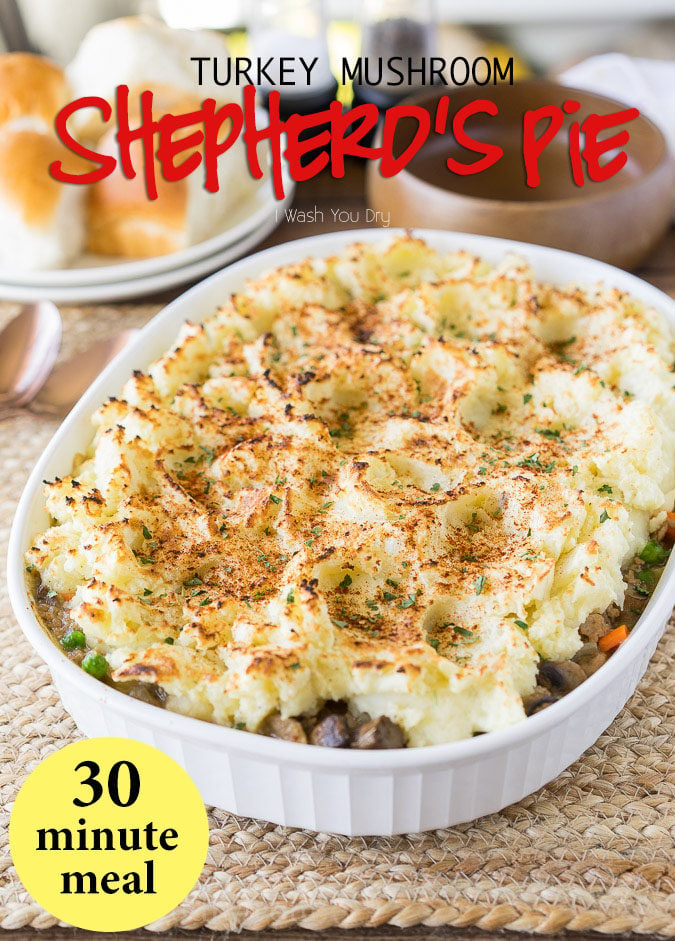 It’s time to get real with you guys.

The holidays are finally here which means there’s candy and fudge, brownies and cookies, and all the hot chocolate you can drink. I’m trying super hard to keep things in moderation and not let myself go overboard, but holy cow… It’s SO HARD!

I just signed up with Weight Watchers over the weekend (for the 5th time). Pray for me. 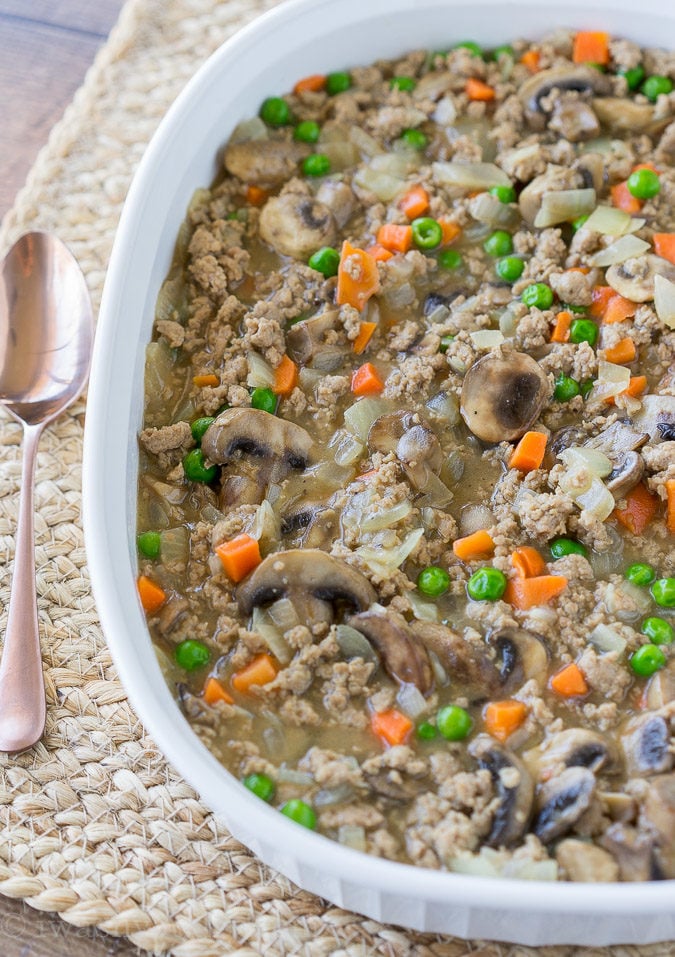 I love food. I love making food, taking pictures of food, talking about food and of course the eating part is nice. 😉

I have a few pounds I would like to lose, and I’m hoping that by starting WW now, I can avoid some of the extra holiday weight gain.

Also, this Turkey Mushroom Shepherd’s Pie is a completely comforting meal with only 8 points per serving, which means I can enjoy something completely delicious without any guilt! 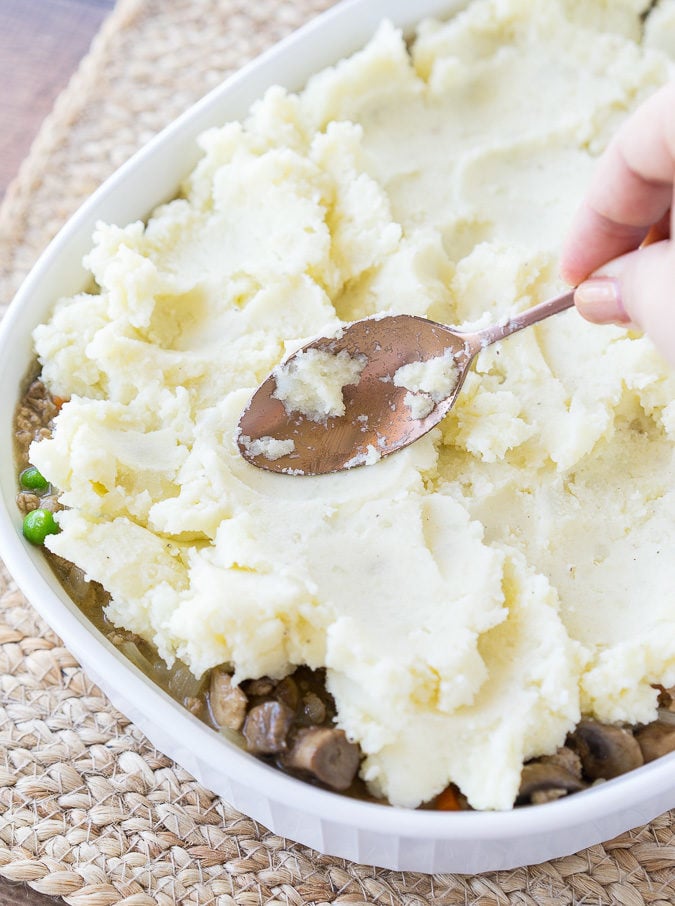 For those of you that aren’t familiar with Weight Watchers, each food is given a point value based on it’s nutritional values, then you’re allowed a certain amount of those points per day.

Don’t worry, I’m not going to make everything on my site super healthy from this point on, but I’ll include WW points on the recipe whenever I can. I figure if I am open with this whole process, then maybe I’ll have more accountability. I won’t slip up so often, and by next year I’ll be feeling back to my normal self again! 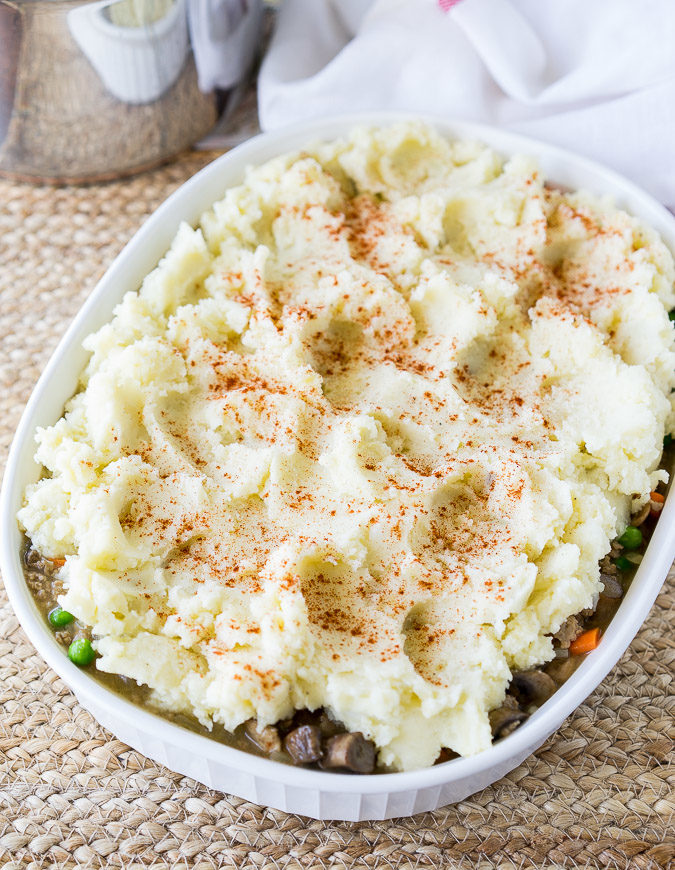 So let’s talk about this recipe!

I used some ground turkey and mushrooms as the base of my shepherd’s pie, which made it extra hearty. I bulked it up even more with extra veggies like onions, carrots and peas. 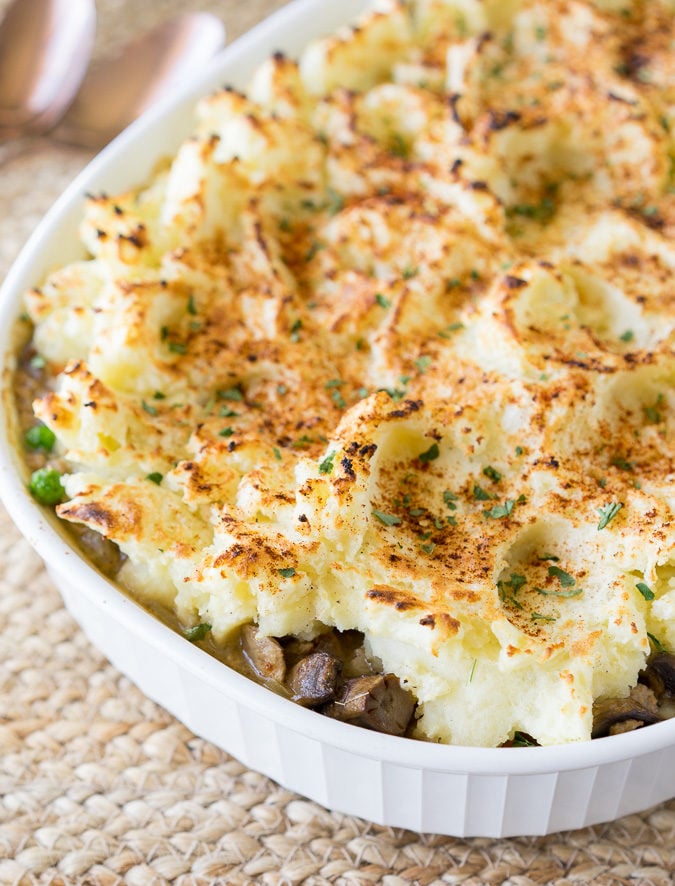 The turkey and mushroom mixture is mixed in a light gravy then poured into a casserole dish.

Top it off with some light and fluffy mashed potatoes and a sprinkle of paprika for some added color! 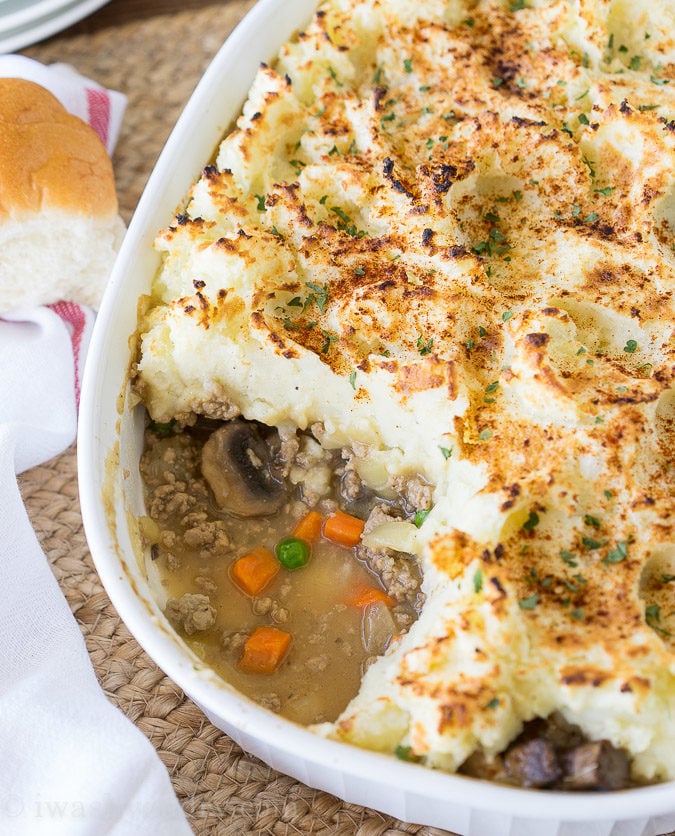 All that’s left to do is broil it, till it’s a nice golden brown on top and bubbly throughout.

This whole meal comes together in less than 30 minutes! How awesome is that?! 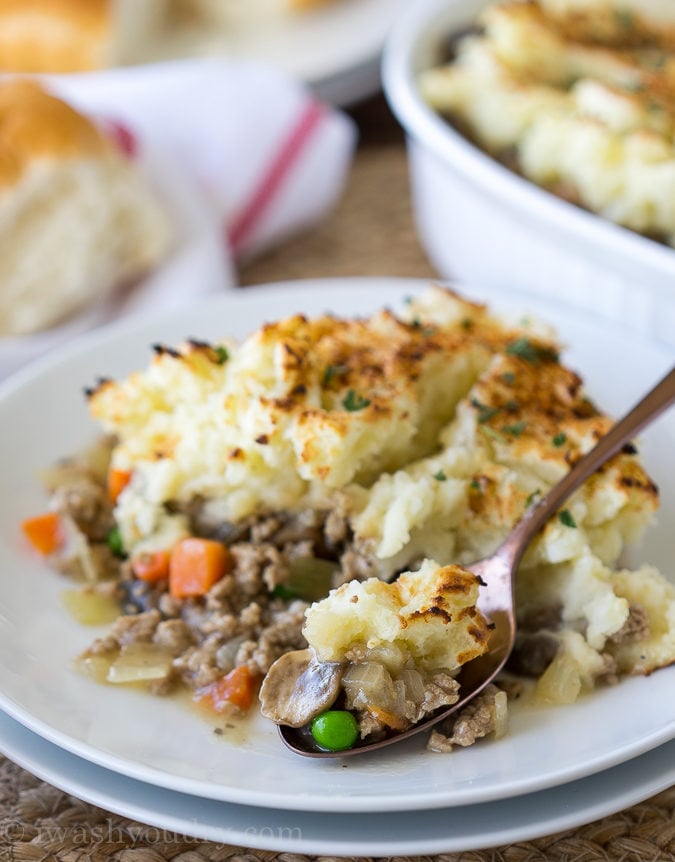 This is one comfort dish that your whole family will love this winter! 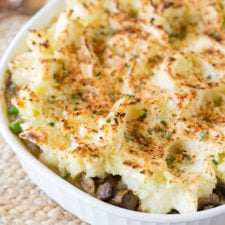 DON’T FORGET TO PIN RECIPE TO SAVE IT!