The weather is a perfect 78 degrees, with just a few “hot” days when it tips into the mid 80’s. That’s a far cry from the 115+ degree weather that we’re used to in the desert of Arizona. I’m trying to soak it all in, as this will be our last summer here before we move back to the US. My kids have been enjoying it too. Most days I hardly ever see them because they are out doing what kids should be doing… playing. 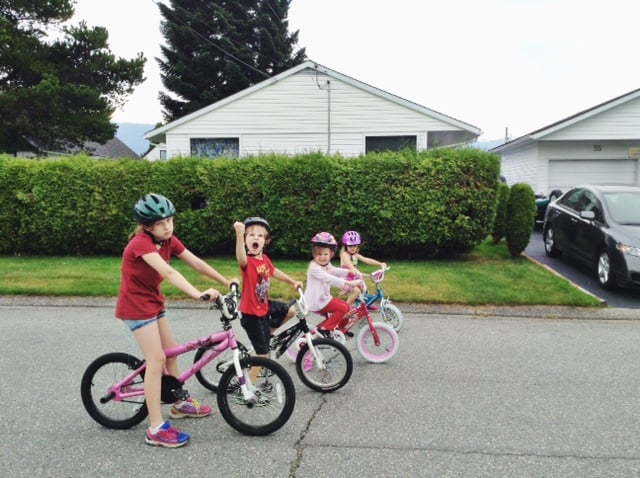 And then the British Columbia Teachers Union had to go an ruin everything.

I’m not going to get into the political aspect of everything, because frankly, I haven’t done a lot of research on the subject. If you’re living in the US you might not be aware of what’s going on up here. Let me give you the gist:

Last April-ish I got some letters home from my kid’s school saying that the teachers were starting “phase one” of their strike. They were going to make school start 20 minutes later and completely remove the kid’s morning recess time.

It totally bummed my kids out to not have recess time, but the later start was kinda nice.

“Phase Two” of the strike rolled around (because the government wasn’t budging), which meant rotating strikes throughout the British Columbia. In May the 5 day school week turned into a 4 day school week. I had mixed emotions about this because I’m a stay at home mom, but I’m also a work at home mom. Kids milling around the house looking for things to do while I am trying to get my work done made for a slow work day.

Along came “Phase Three.” Full blown strike. With just two weeks left of school, all of a sudden it was over. No end of the year parties, no notice whatsoever. My kids came home on Friday with all their stuff and said, “school’s out for summer!”

Summer commenced and we had a great time.

September was getting closer and closer and still no word about when or IF school was going to start. I bought my kids new backpacks in hopes that positive vibes would get the ball rolling. NOPE.

School was supposed to start two weeks ago and here we are, still doing the summer thing.

I bought some workbooks for my kids, downloaded a few apps, and even bought some programs off the internet for my preschool aged girls. Last Monday I attempted to “homeschool” my 4 kids. It went a little something like this…

My 9 year old cried, my 4 year old snuck out the back door and ran away down the street while I was working with my 7 year old, and my 3 year old refused to participate unless she could be the teacher. A neighbor brought back my 4 year old, and I was completely mortified.

So here’s hoping this summer will end reeeeaaaalll soon.