I must have a thing for peanut butter and chocolate creations because they come out of my kitchen frequently.

This Peanut Butter Pudding with Chocolate Whip Cream was created out of necessity. 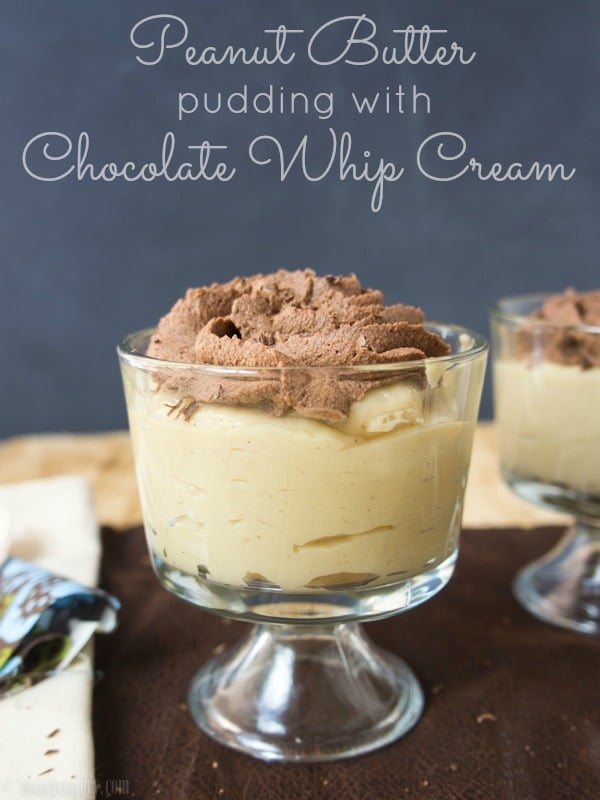 I’ve been trying my best to “eat clean” these last couple weeks, and I’ve been doing great. One morning I made an egg white breakfast wrap and had 4 egg yolks left over. I decided my family deserved a decadent dessert for putting up with our new lifestyle changes.

I scoured the web, and came across this handy website that had a slew of recipes for egg yolks. I settled on making some pudding since my kids love pudding. 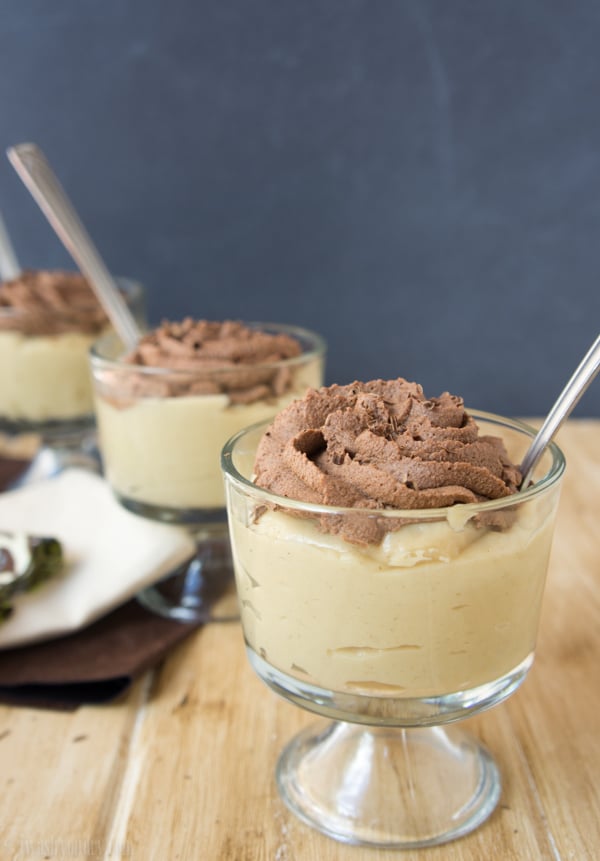 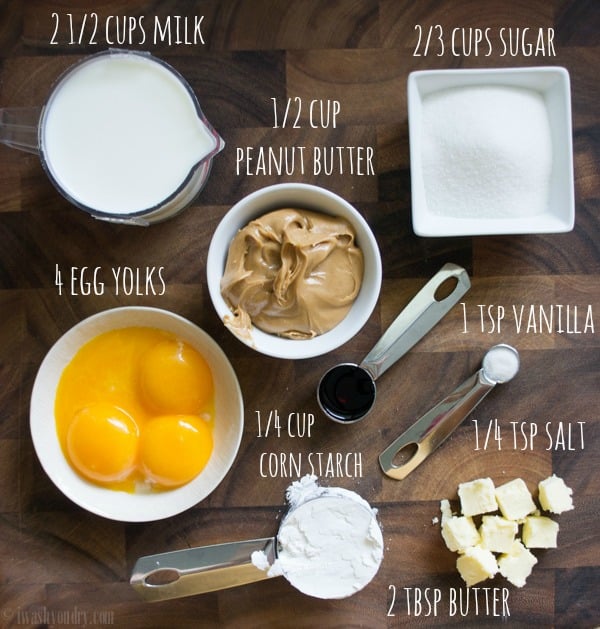 While I was making this pudding, a guy happened to be removing a broken down shed from my backyard. There is a rather large window in my kitchen looking right out into my backyard and every time he walked by the window it felt completely awkward. 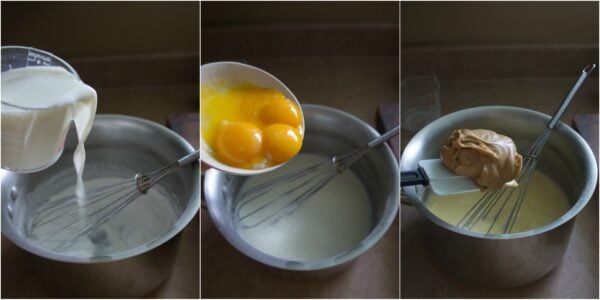 I mean, it’s completely natural to me to have a camera in my kitchen so I can take pictures of me pouring milk, eggs, and peanut butter into a pan…

But I can only assume this guy thinks I have a few screws loose. 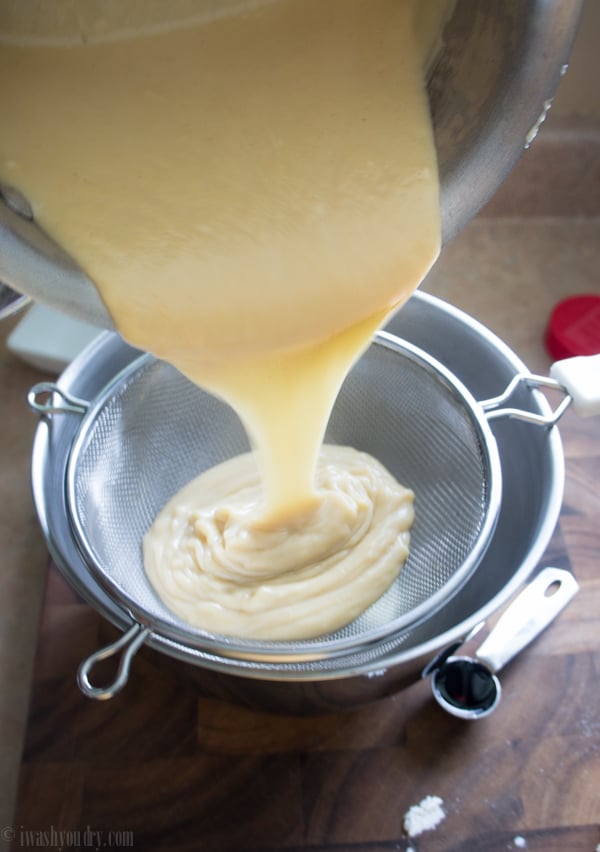 I’m sure it’s not everyday he sees someone create a whole display, complete with wooden planks, poster boards, and three different cloth napkins just to take some pictures of pudding.

So clearly, I sacrificed my appearance of being a sane and normal pudding eating woman for you.

You can thank me later. 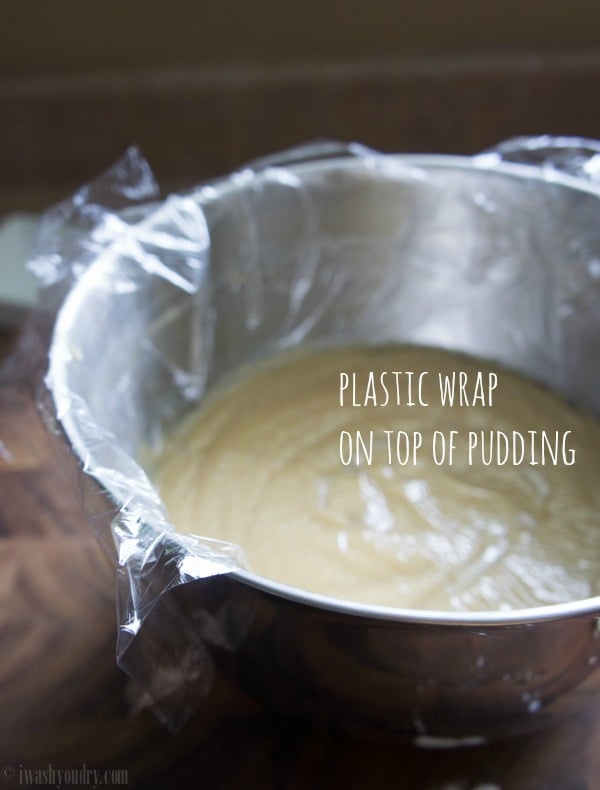 If you’ve ever made pudding from scratch before you might be aware that a thick layer (or crust) can form on the top when it’s chilling in the fridge. To avoid the crusted pudding, put the plastic wrap right on top of the warm pudding before you place it in the fridge.

Just before the pudding is done chilling, whip up some Chocolate Whip Cream. 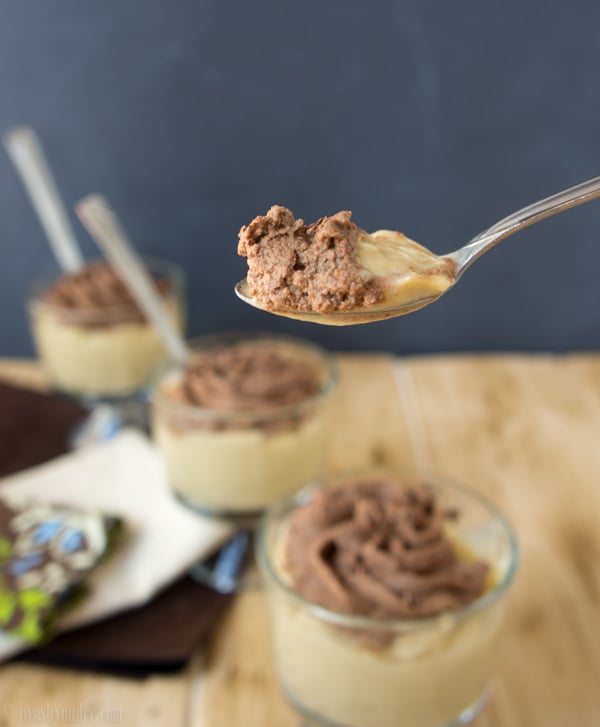 The pudding is smooth, creamy, and ultra rich with a perfectly nutty balance to it. The chocolate whip cream is a simple two ingredient recipe that is light, fluffy, and pairs perfectly with the peanut butter pudding. 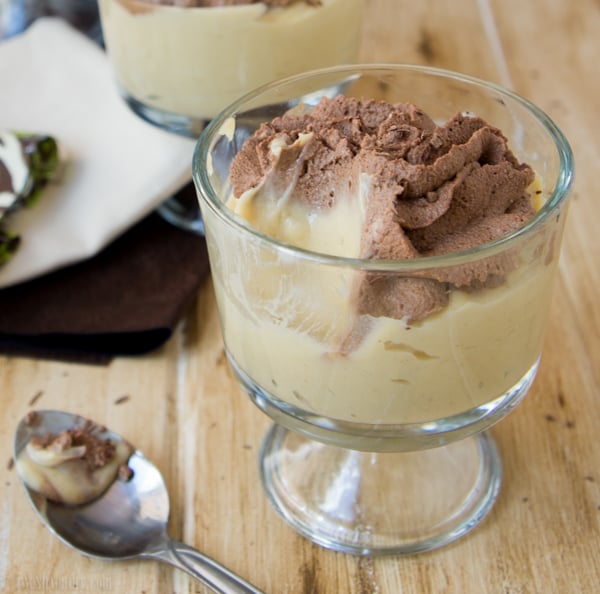 It’s a match made in “Peanut Butter & Chocolate” heaven. 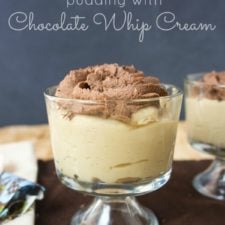 For the Chocolate Whip Cream

How to Freeze an Avocado
Next Post:Guacamole Linguine