Monkey Meat… it’s not what you think

Before you run away, let me clarify – no monkeys were harmed in making this Monkey Meat.

There are also no bananas… let me explain… 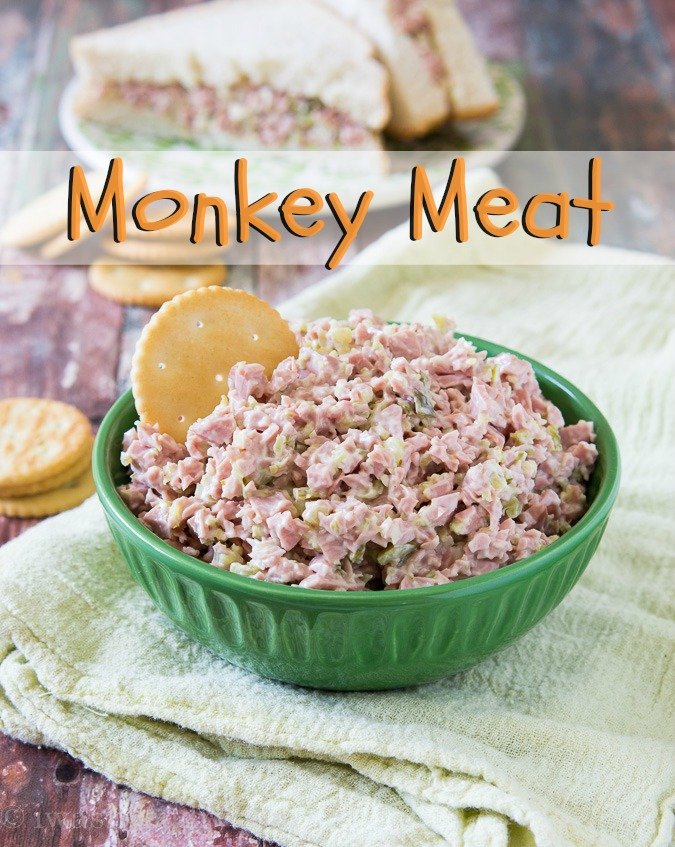 We’re talking family recipes this week, and this Monkey Meat is an OLD family recipe. I was actually just introduced to Monkey Meat last month, and I was extremely intrigued at the name alone. I was at a family reunion, so my mom and her three siblings were there, and at the mere mention of “Monkey Meat” they would tilt their heads back, close their eyes, smile and make an, “mmmmm.” sound.

I simply had to know what it was, and what was in it. Oh, and WHY the name?

So here’s what it is – it’s a sandwich spread (also makes a great dip for crackers) made from bologna, dill pickles and a little bit of mayo. 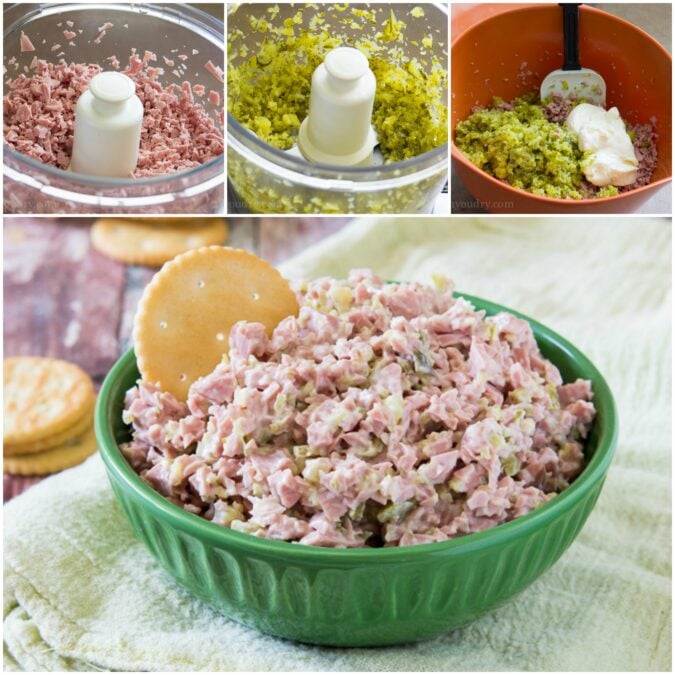 Here’s WHY – When my grandparents were younger and had 4 hungry kids (living on a very modest income) my grandma looked for ways to “expand” their pantry. By grinding up the bologna and her homemade pickles, she was able to stretch the meat out a little further and save a few extra pennies. My grandfather was a Science teacher, and the name “Monkey Meat” was most certainly coined by him. He passed away when I was just 9 years old, but I remember him always having the quirkiest jokes and always being the life of the party. I actually went off to college with aspirations to become a science teacher myself.

But alas, I ended up here. Sharing Monkey Meat with my friends. (we’re still friends, right?) 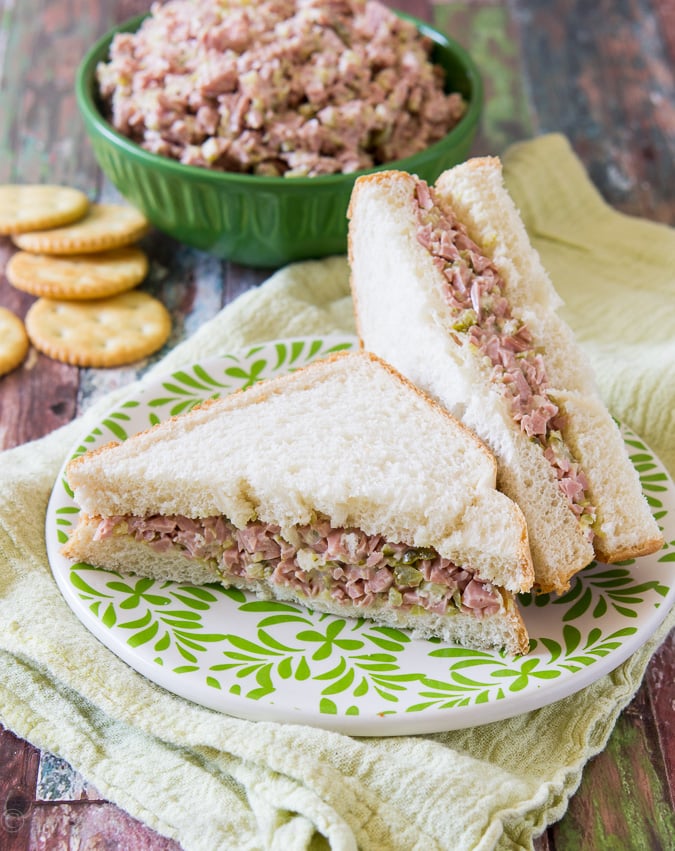 When I made these sandwiches for my kids and told them it was “Monkey Meat” they were a little confused. Ok, I had to do some serious talking with my 4 year old to convince her there was actually NO monkeys in it. She finally took a bite, and LOVED IT. My oldest kids requested these in their lunch box, and I couldn’t be happier.

With our school being a nut free zone, they can get sick of their regular sandwich selection.

Plus they can brag to their friends about it. I hope I don’t get any notes home from the principle… 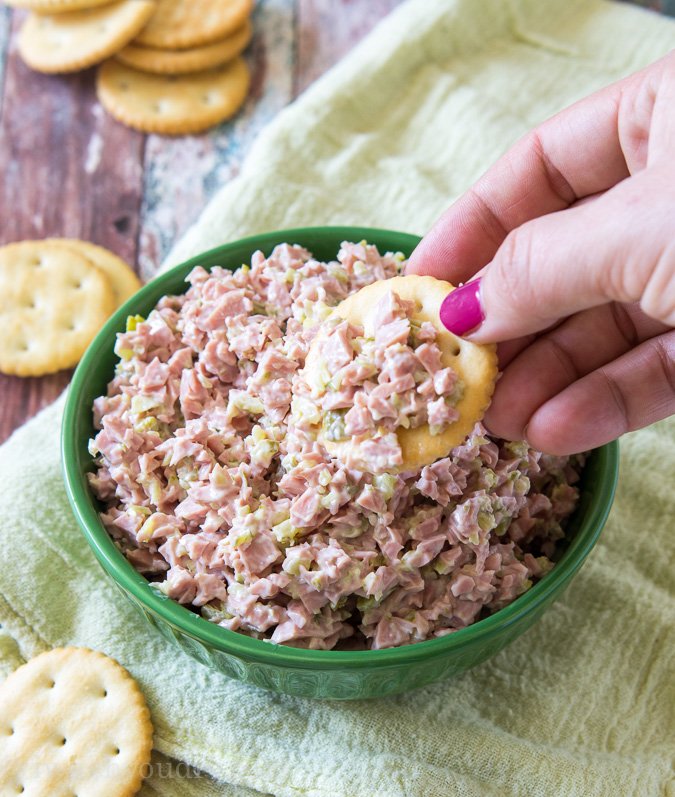 Look, we all know family recipes can be a bit… well, odd. And yes, this one definitely is, but it’s totally worth a try! 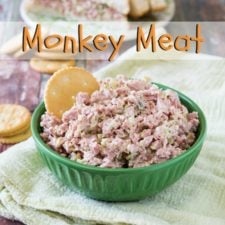 Monkey Meat… it’s not what you think