Tres Leches Cupcakes are a light and airy cupcake that’s filled with three decadent and creamy milks, then topped with a fluffy whipped cream and dusting of cinnamon sugar. 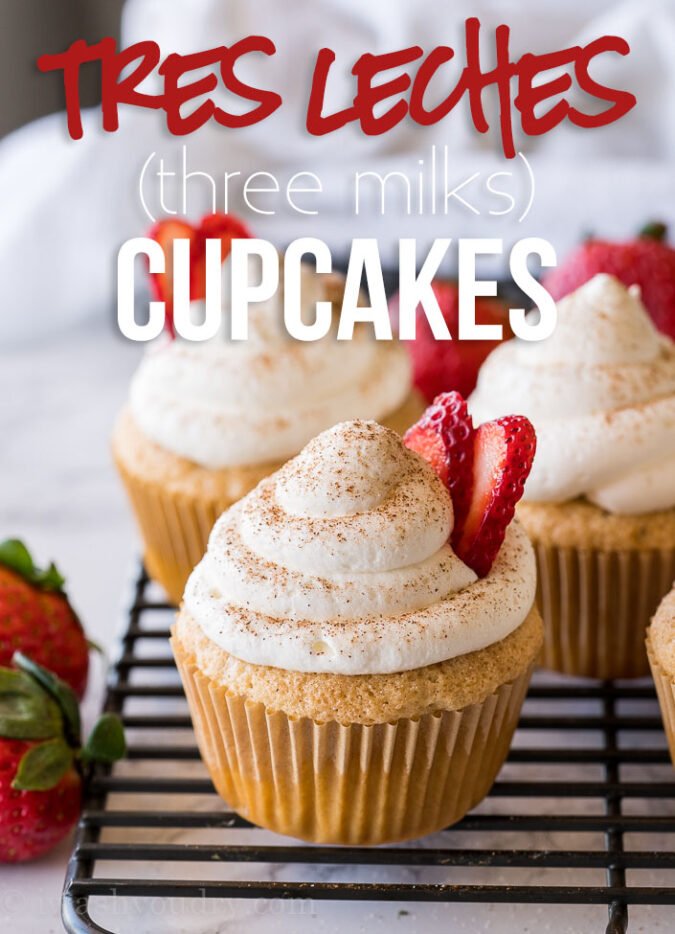 Are you familiar with Tres Leches cake? It’s a light, sponge-like cake that’s soaked in three milks (tres leches). Typically the cake is made in a larger form, but I wanted something that was more portable and perfect for single serving.     Find more cupcakes here.

This Mexican-inspired dessert is a light yet indulgent treat that is really a breeze to make. 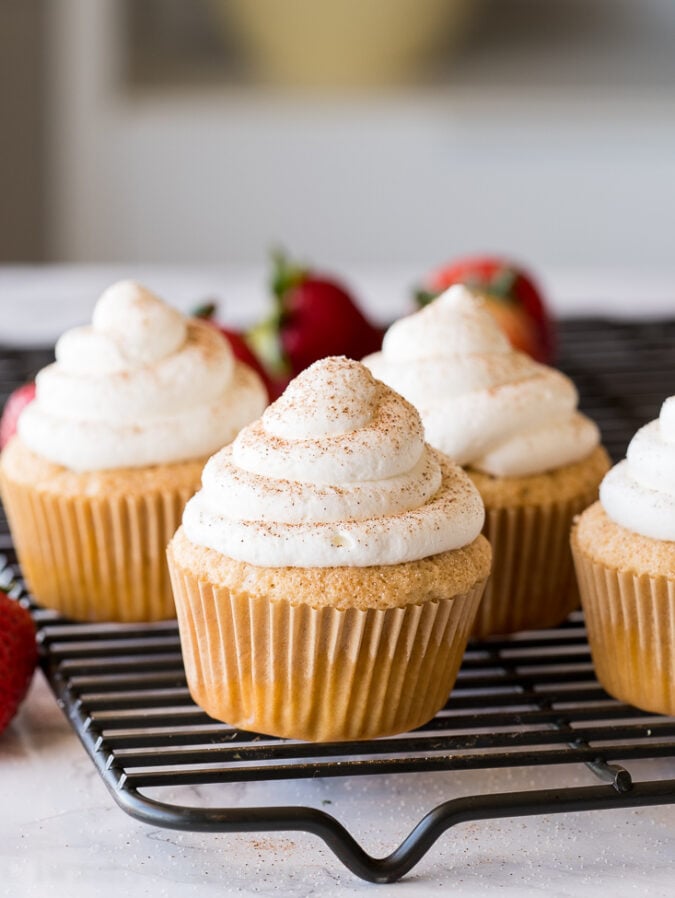 How To Make Tres Leches Cupcakes: 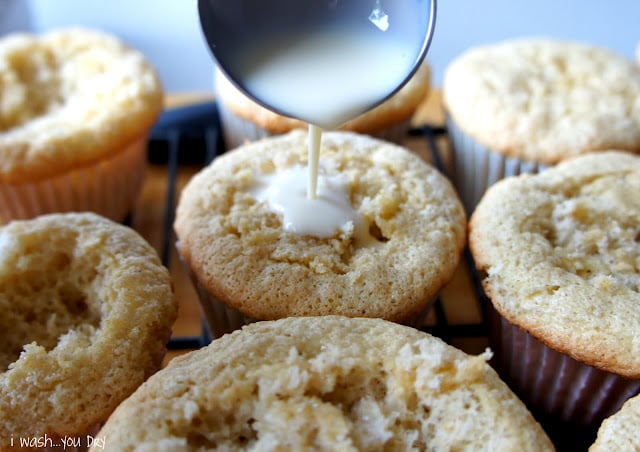 This recipe calls for three types of milk that are whisked together until smooth then slowly added to each cupcake.

You don’t need to add any other sweeteners or flavorings to the milk mixture! It’s so simple! 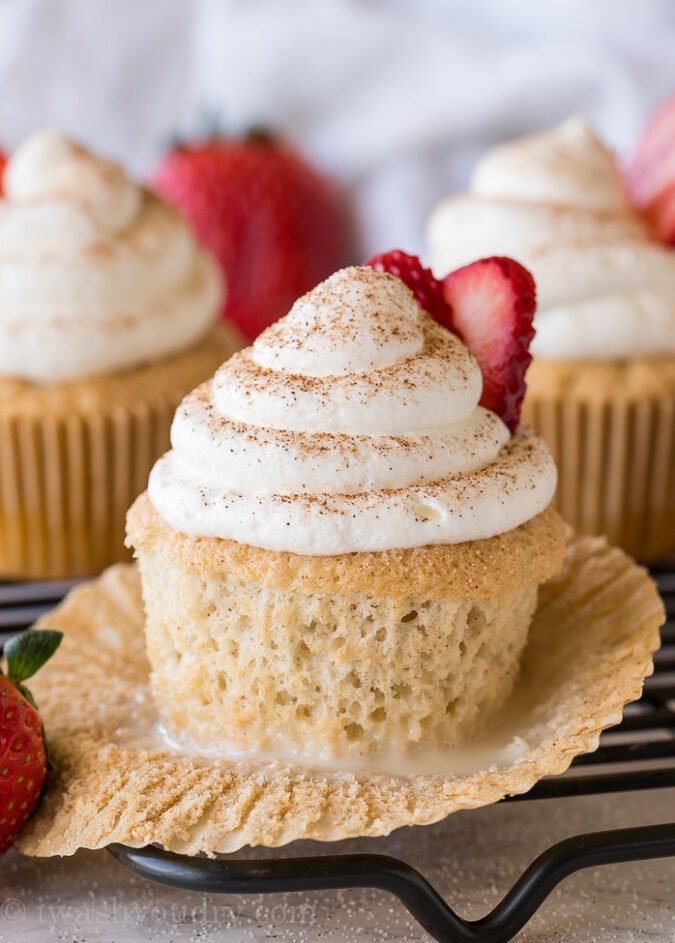 You might be wondering if the cupcake wrappers are durable enough to hold in all the liquid from the cupcakes? YES! There is ZERO leaking through or soggy wrapper bottoms. I’ve never had an issue with them making a mess when transporting either.

But seriously, can we all just take a moment and marvel at that gorgeous cupcake? 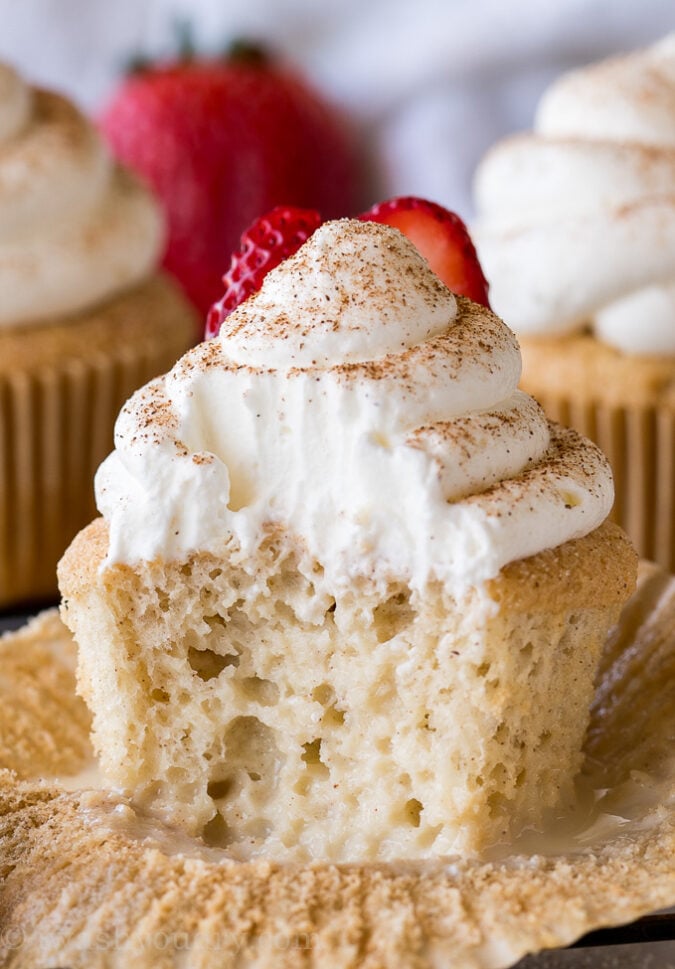 These Tres Leches Cupcakes should definitely be made pronto. Grab a fork and dig in! 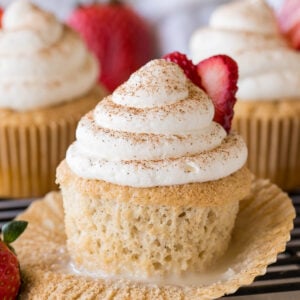 Store cupcakes loosely covered in the refrigerator until ready to serve. I recommend topping with the whipped cream topping just before serving.