Lo Mein has got to be my favorite Chinese dish. Coming in at a close second is anything Kung Pao. Why not combine the two?

I’ve made you one tasty Kung Pao Chicken before, so I thought I would switch it up for you and bring you some shrimp instead. 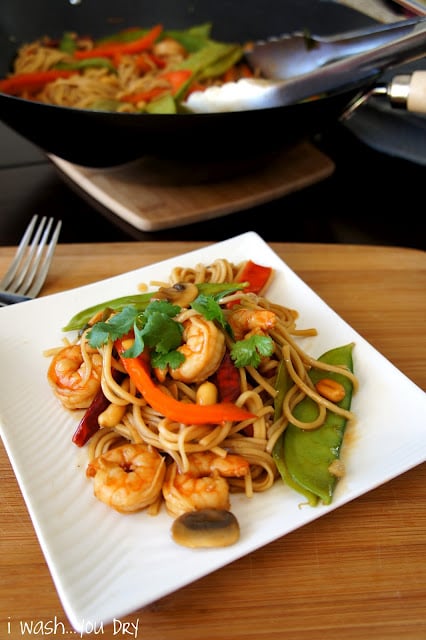 I got this idea when I lived in Colorado. There was this cute little Chinese restaurant down the street that had this on their menu. It was mind blowing! I knew I had to re-create it.

These noodles are take-out quality with a thick brown sauce. The spicy Sriracha hot sauce really gives this dish a good kick, and the crunch from the peanuts finishes it nicely. I loved all the vegetables I stuffed in there, and the shrimp is cooked perfectly. Feel free to change it up with the veggies or swap out the shrimp for chicken, beef, or pork! 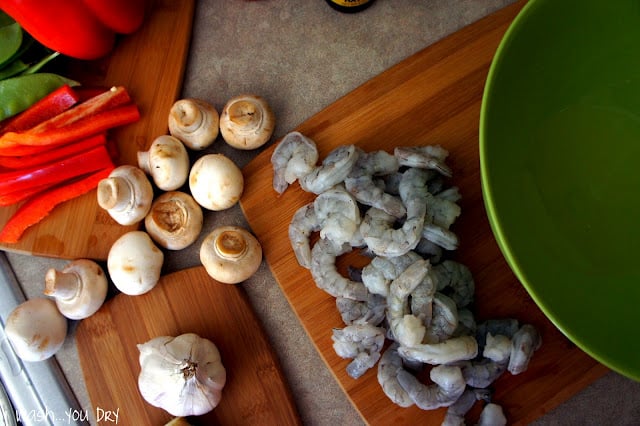 Start off with RAW shrimp. Peel and de-vein them, and also remove the tails. 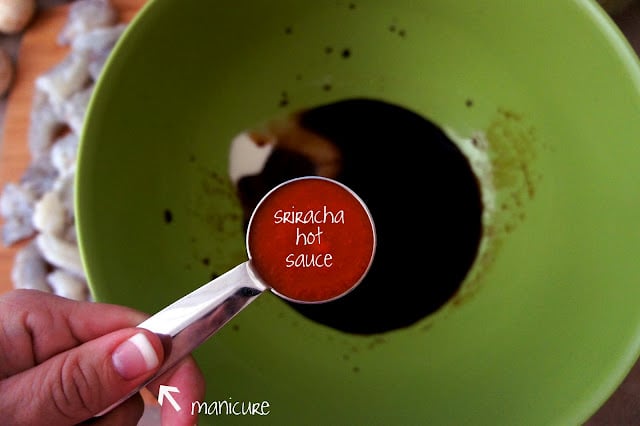 Whisk it together until it’s combined and toss in the shrimp. Coat it evenly, cover and refrigerate for at least 30 minutes. 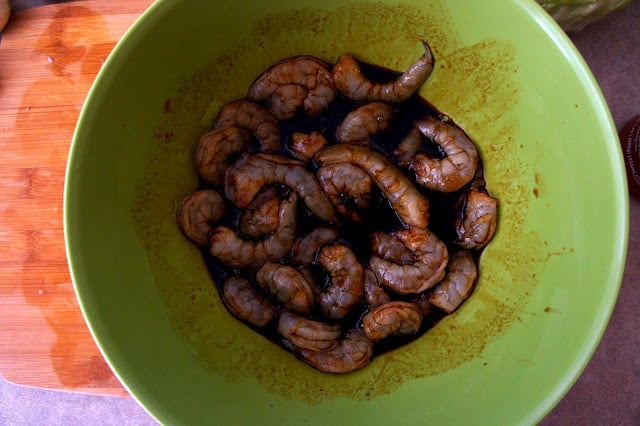 Mean while let’s get preparing the brown sauce for our noodles, shall we? 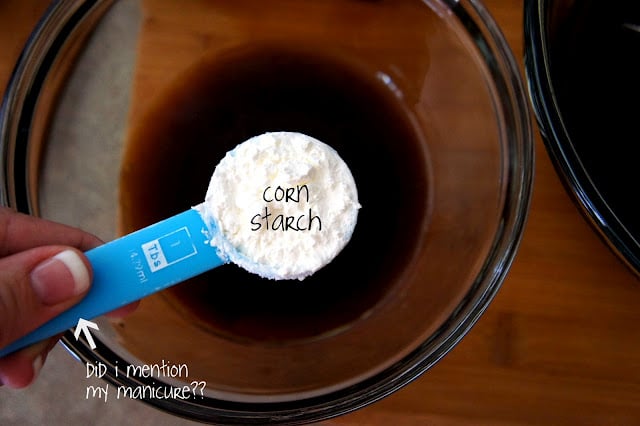 Take about 1/2 cup of that mixture and put it into another small bowl. Add some cornstarch and whisk until no longer lumpy. Gradually stir this back into the big bowl. 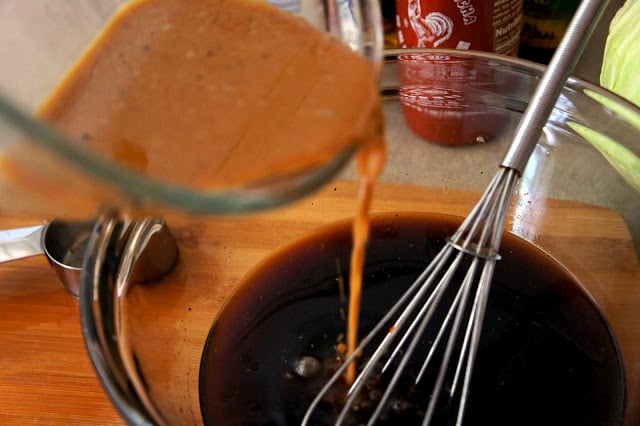 Let’s talk noodles for a second.

I have looked high and low at all sorts of Lo Mein recipes and most use a linguine noodle. But in order to get that “take-out” taste, you’re going to want to use a Chinese Egg Noodle. This makes ALL the difference if you ask me. It’s all about texture people!

I scoured my grocery stores trying to find these noodles, but I couldn’t find any in the stores near me. I went online and found some here. It’s worth it. 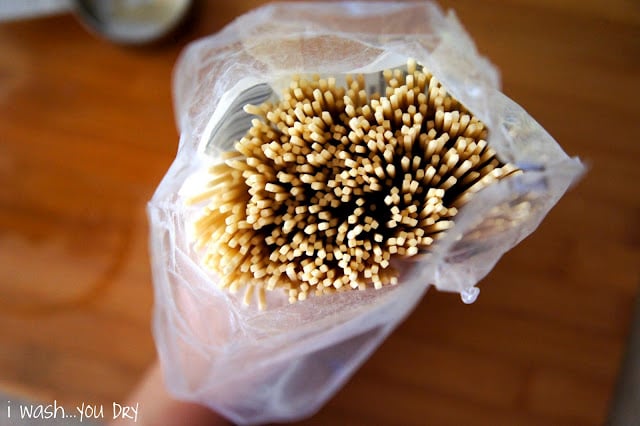 If you can’t find any, or simply don’t care, use the linguine. But if you can swing it, go for the Chinese Egg Noodles!

Cook your noodles according to the package directions and set aside. 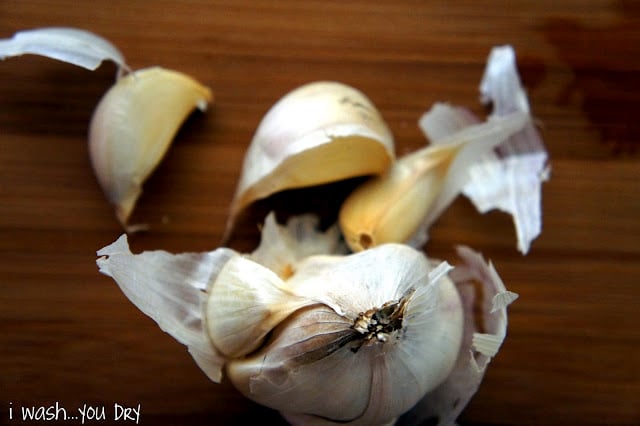 I may or may not have gotten a little out of hand with all the veggies I wanted to put in, but that’s perfectly fine. You’ll want some fresh garlic and ginger. I also used mushrooms, sliced red bell peppers… 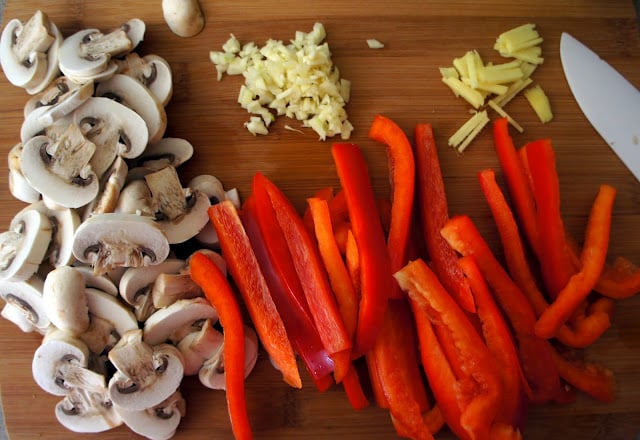 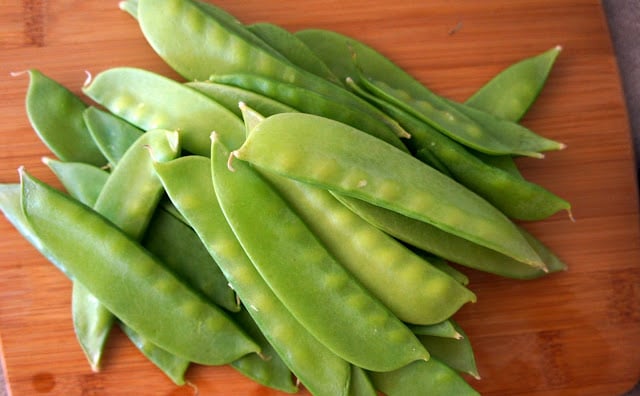 and some green onions. 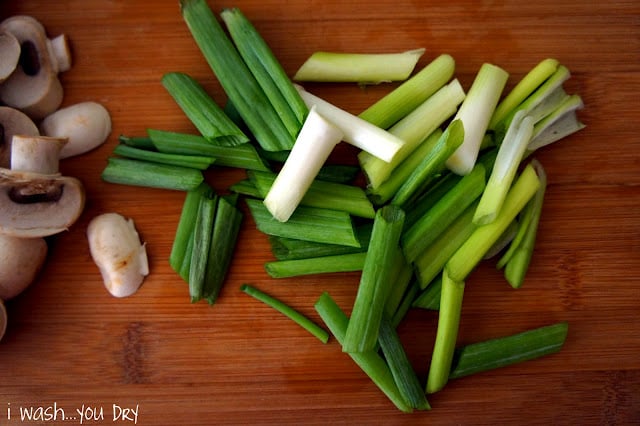 In a large wok {got mine at IKEA for only $5!} heat just a teaspoon of oil and cook your shrimp a few at a time. It only takes a little bit per side, until the shrimp turn pink and start to curl in. 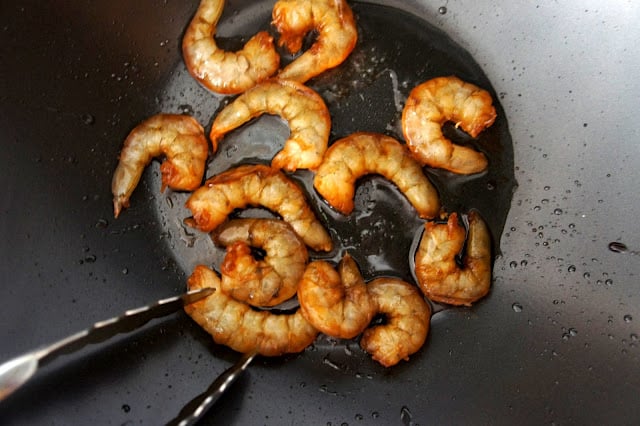 Once they are cooked remove them and any juices to a warm plate. 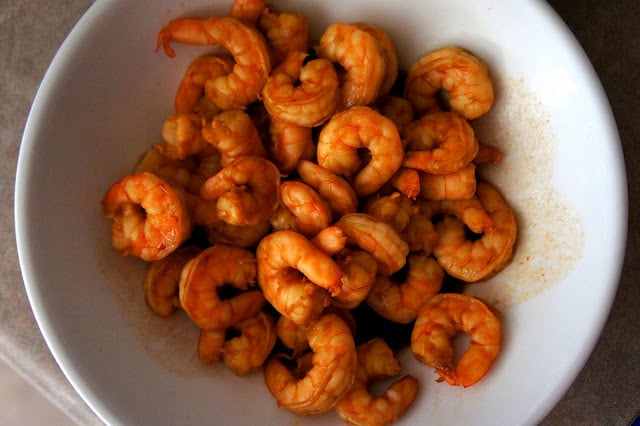 Back in the wok throw in the garlic, ginger, and onion. Stir fry for about 30 seconds over medium high heat. Add the remaining vegetables and stir fry for an additional minute or two or until vegetables are crisp tender. 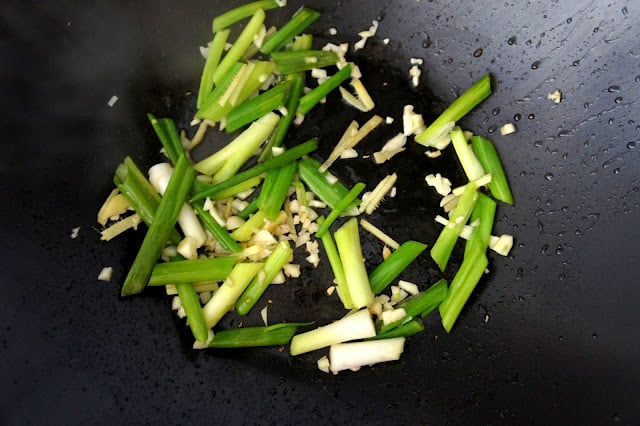 Pour in the sauce/cornstarch mixture. Let it simmer until it starts to thicken. Toss in some peanuts and chile peppers, the shrimp and then the drained Chinese Egg Noodles.

Toss it all to cover the noodles in the brown sauce. 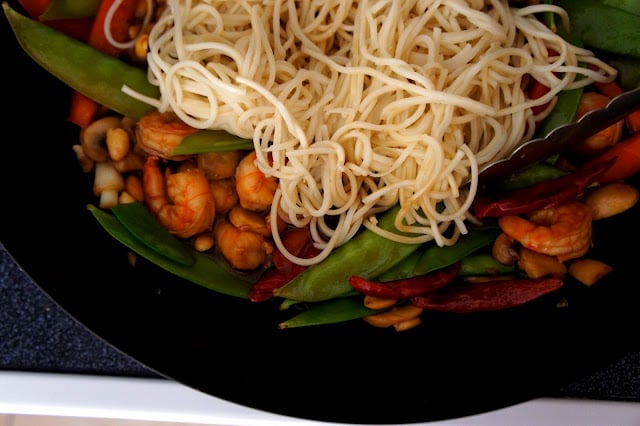 Top with a little fresh cilantro and you have got yourself one knock-out Lo Mein!

Just one more reason to love the Noodle!

I love this dish so much! I hope you enjoy it as much as I did! 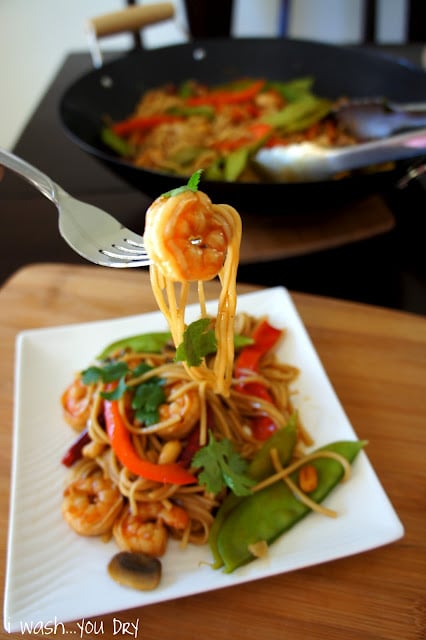 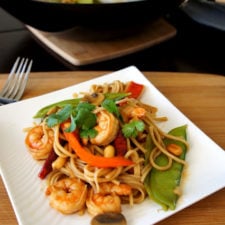 0Shares
About the author

Shawn is the Owner and Creator of I Wash You Dry. She loves to create and share simple, family-friendly recipes. Mom to 5 adorable children and dwells in the desert of Southern Utah.
PrevNext
1 Response