I have been patiently waiting for eggnog season and now that it’s finally here, I’m so excited to share this Eggnog Brownie Chunk Ice Cream with you! 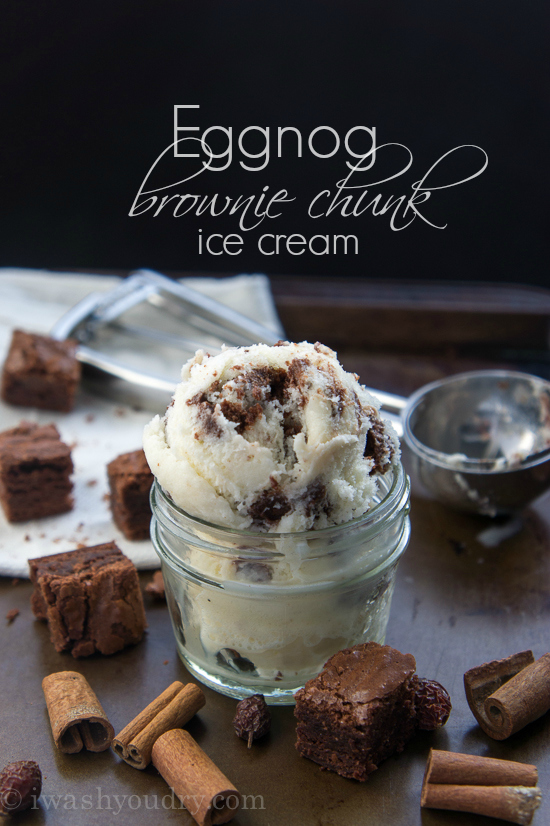 I have to admit that I’m not an avid eggnog fan, but I do enjoy it little by little. I have been wanting to make this eggnog ice cream for a few months now.

I wanted to make something more than just eggnog ice cream, so I figured adding some brownie chunks to the ice cream would probably take it over the top.

And boy, was I right. This Eggnog Brownie Chunk Ice Cream is beyond delicious. As always it’s super easy to make too! 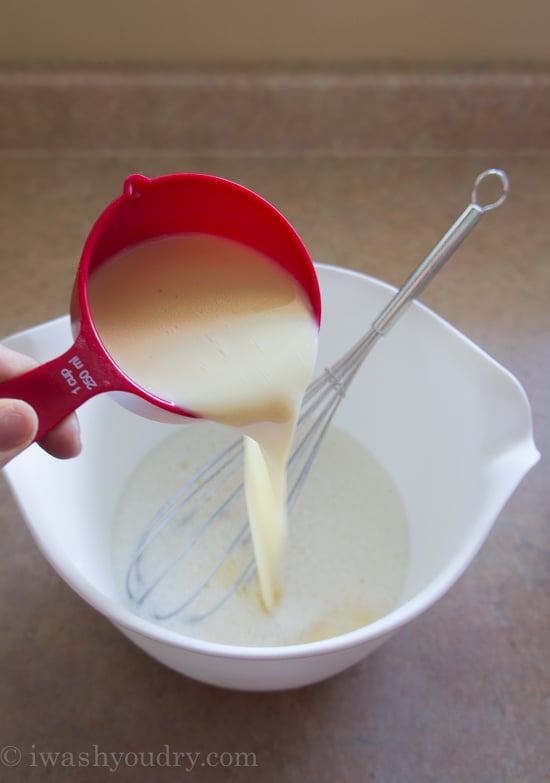 You start by making up a batch of brownies. I just used a box mix that was done in 30 minutes.

Then whisk together some cream and sugar in a large bowl until the sugar is dissolved. Pour in the eggnog goodness with just a dash or two of ground nutmeg.

Add all of that into your ice cream maker, then patiently wait till it’s a beautiful soft serve consistency. 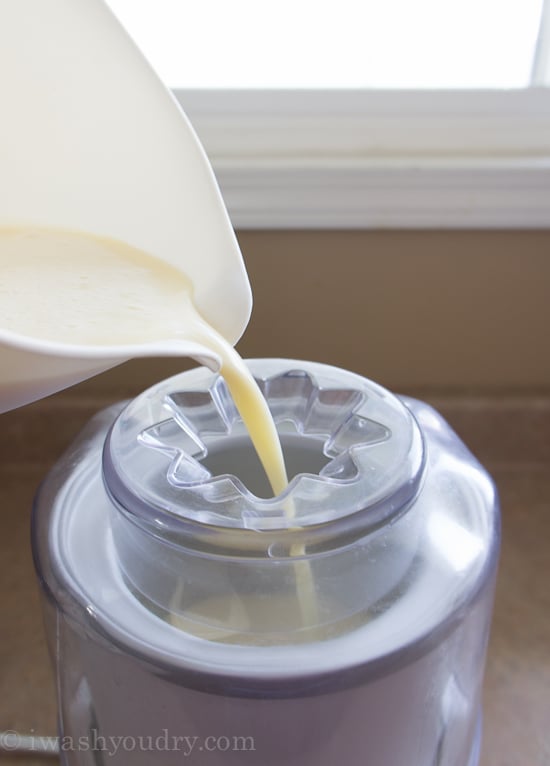 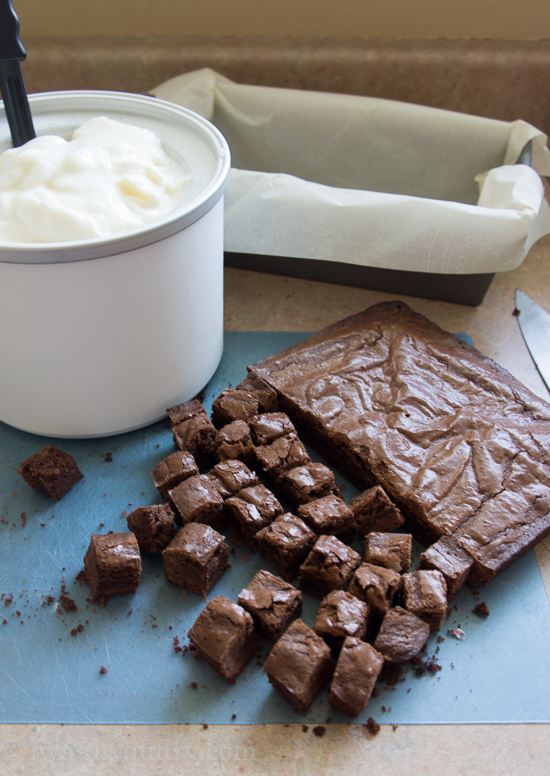 Pour your soft serve ice cream into a large bowl then gently fold in the brownie chunks. I used half of an 8×8 inch pan, and saved the rest of the brownies for later! 🙂

Then just pour your ice cream into a freezer safe container (I use a parchment lined bread loaf pan), and place it in the freezer until it reaches your desired texture. 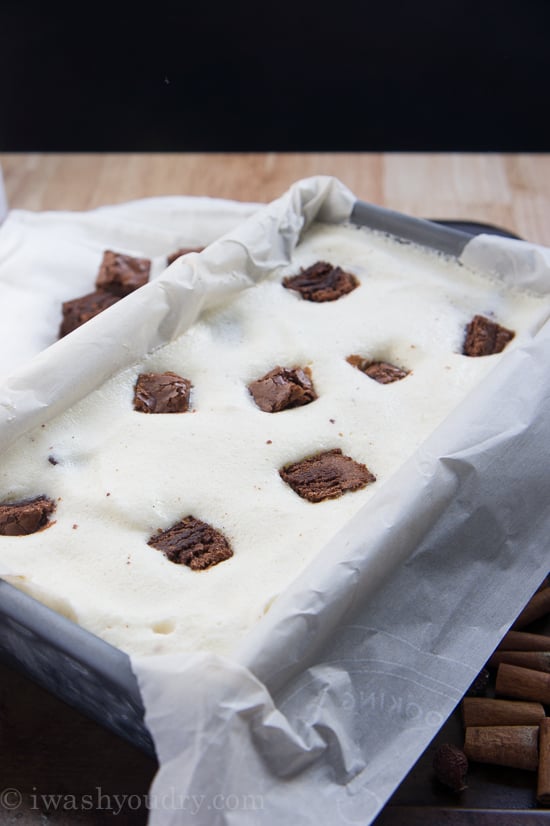 It doesn’t hurt to add a few brownie pieces on top too. Just so everyone else is fully aware that brownies chunks are in fact loaded up inside the silky eggnog ice cream. 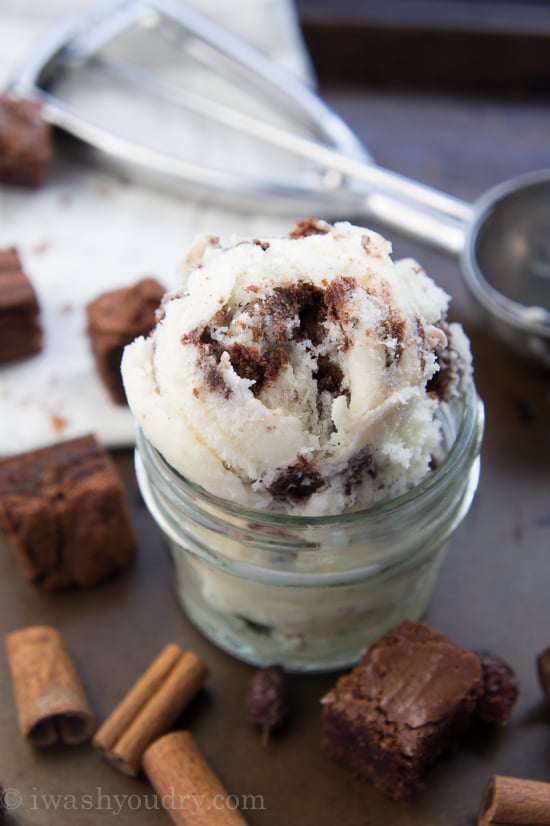 With every scoop you’ll get a nice chunk of brownie mixed in. 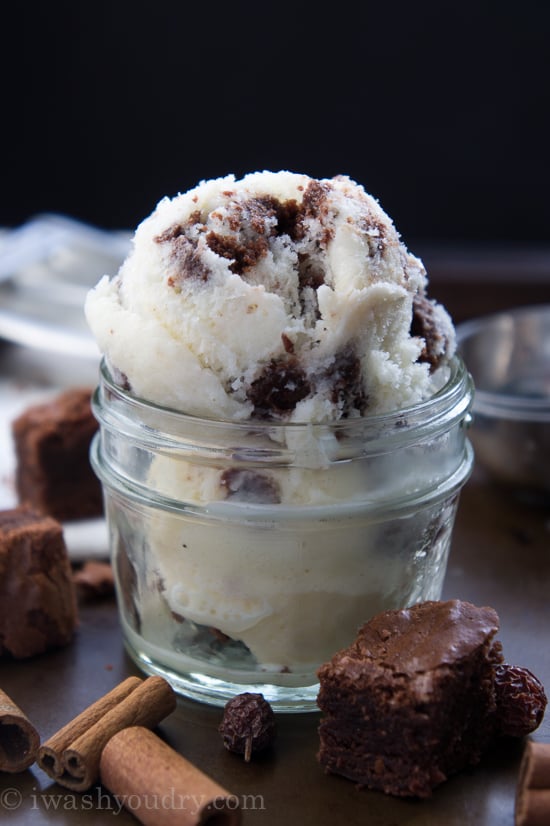 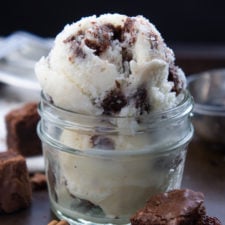 Make sure your ice cream bowl is properly frozen and ready to go.

To lessen the Eggnog presence, you can reduce the eggnog to 1 cup and increase the heavy cream to 2 cups.