Sometimes inspiration for my recipes come in the most random of ways. 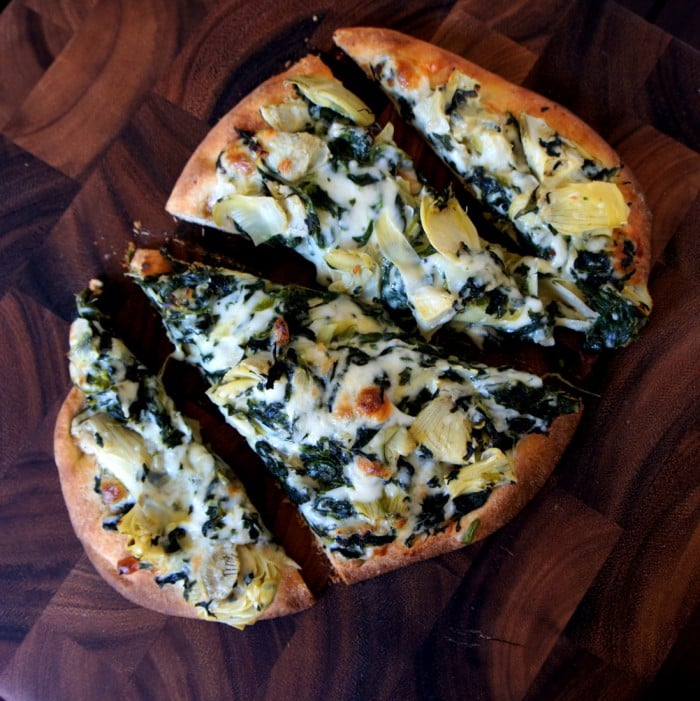 Of course I needed to create my own spinach and artichoke dip, because let’s be real, Lean Cuisine doesn’t give you that much to work with.

I started off with a package of frozen spinach that I thawed and squeezed dry. Then I added my favorite Chunky Garlic by Gourmet Gardens. 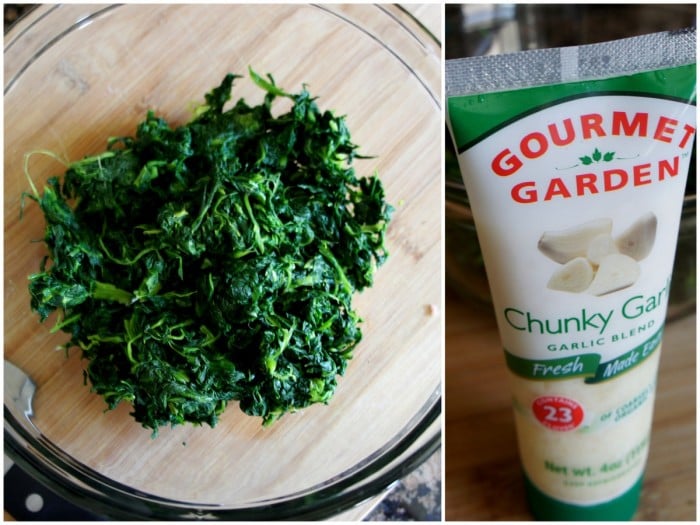 I added a whole can of quartered artichoke hearts (drained) and a little mayo, gave it a good stir and added some cheese… 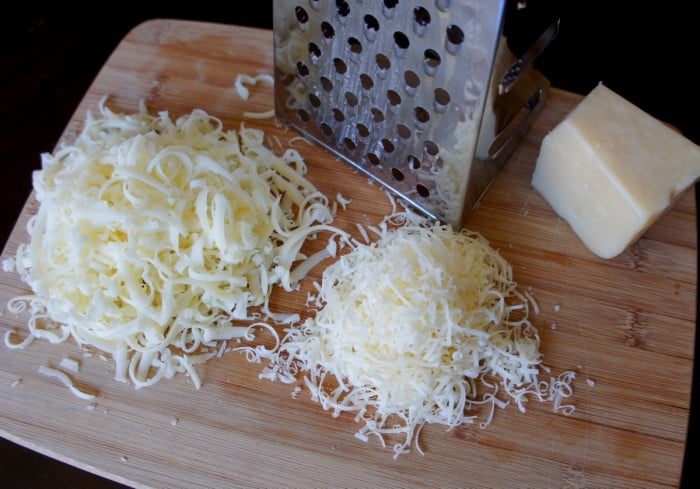 Instead of pita bread, I spread the hearty spinach and artichoke dip onto some Naan bread, which is basically just a flat bread that I found in the bakery section of the supermarket. 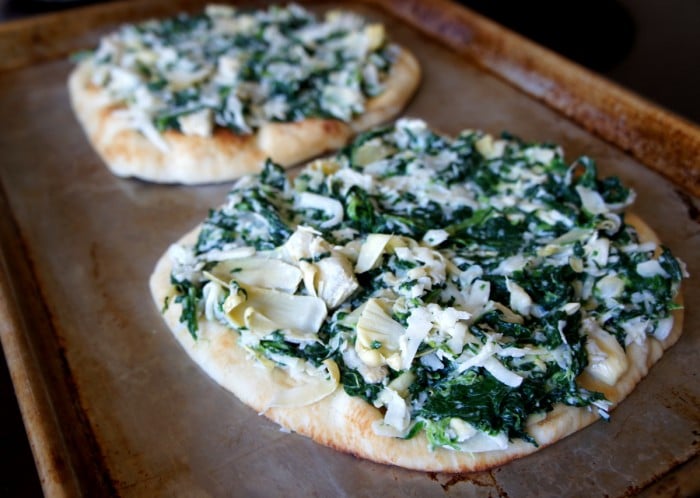 I baked it at a high temperature since the bread is already cooked, which allows the spinach and artichoke mixture to get bubbly and the bread to crisp up underneath. 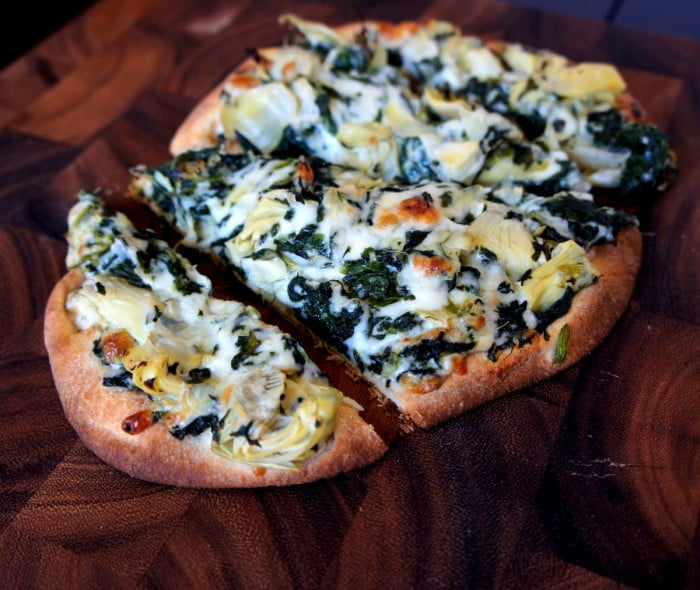 This is a superb lunch, filled with healthy spinach and artichokes, then married together with bubbly and creamy cheeses. You will definitely want to make this one. 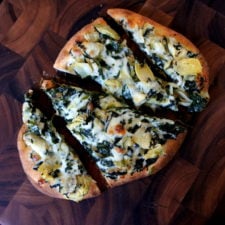